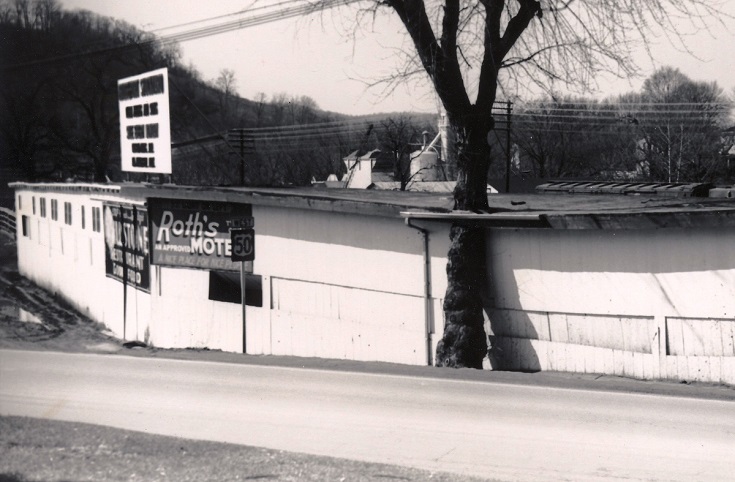 For many, this business is much a part of Bridgeport's history as Michael Benedum. The old Stock Yard building is shown here along Route 50 West, which is one of the signs that can be made out when the photo is fully shown. There is also an advertisement for Roth's Motel that can be seen, but the other two signs - one of which is likely advertising the business - can not be made out. If you know what they say, please add them in the comment section below. The building was demolished in 1983.

Anyone remember this business? This is the Truck O Tel that was located on the bottom of old Bridgeport Hill on Route 50 West. The structure is no longer there and the exact date of the photo is unknonw. However, the cars and the existence of what was probably a heavily used phone booth to the left put a time frame on it.

Editor's Note: This ongoing photo feature of pictures from Bridgeport and throughout the Mountain State is part of local historian Richard "Dick" Duez's collection, the unofficial historian of Bridgeport, would appreciate any scanned photos emailed to him for use here or to include in his ongoing efforts Duez to preserve local history. You can email photos, or let him know how to acquire copies of photos you may have in your possession, to Duez at dickdo@citynet.net.

It is an advertisement for the Millstone Restaurant, I believe