Time Travel: The "Old" Bridgeport Dairy Queen and a Visit to West Virginia from Jack Dempsey in 1932 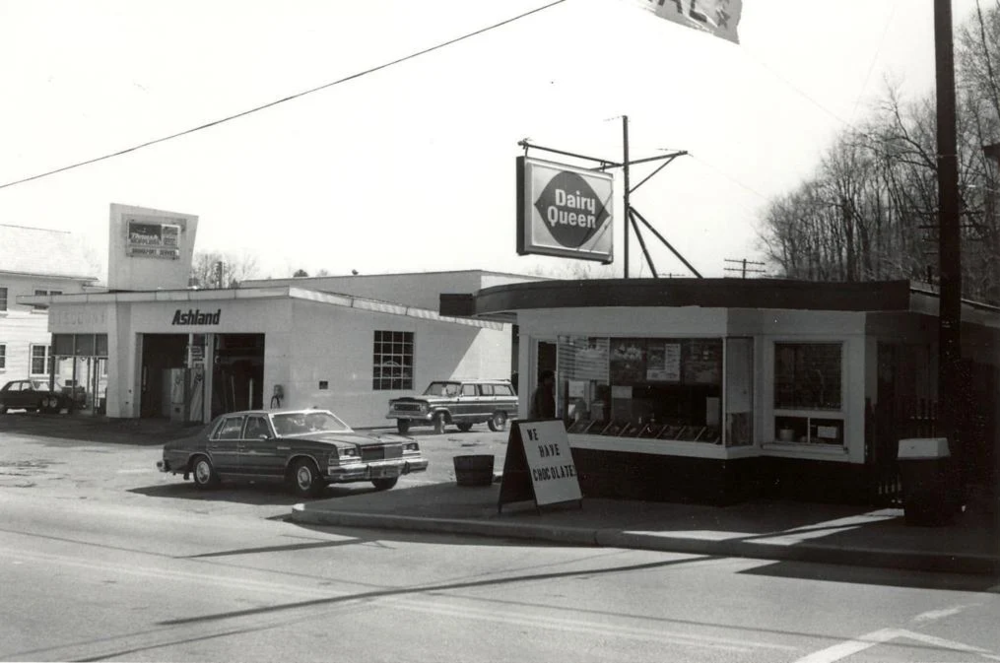 Who remembers when the Dairy Queen was located on the opposite side of Main Street? This is before it became the Bridgeport Dairy King and today the building hosts East of Chicago Pizza. This photo is believed to be from the mid-1980s. And the advertisement is that "We Have Chocolate." Anyone know details about the other business shown? 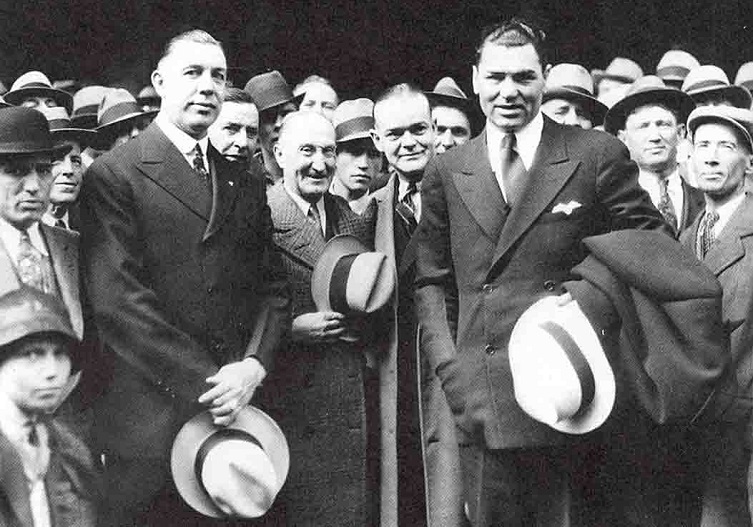 Back in 1932, former Wold Heavyweight champion Jack Dempsey came to Huntington to have a a few fights. Dempsey, shown, on the right, is with boxing promoter Joe Stender, on the left. Several other Huntington officials are believed to be in the photo.
EDITOR'S NOTE: This ongoing photo feature of pictures from Bridgeport and throughout the Mountain State is part of local historian Richard "Dick" Duez's collection, the unofficial historian of Bridgeport, would appreciate any scanned photos emailed to him for use here or to include in his ongoing efforts Duez to preserve local history. You can email photos, or let him know how to acquire copies of photos you may have in your possession, to Duez at dickdo@citynet.net.