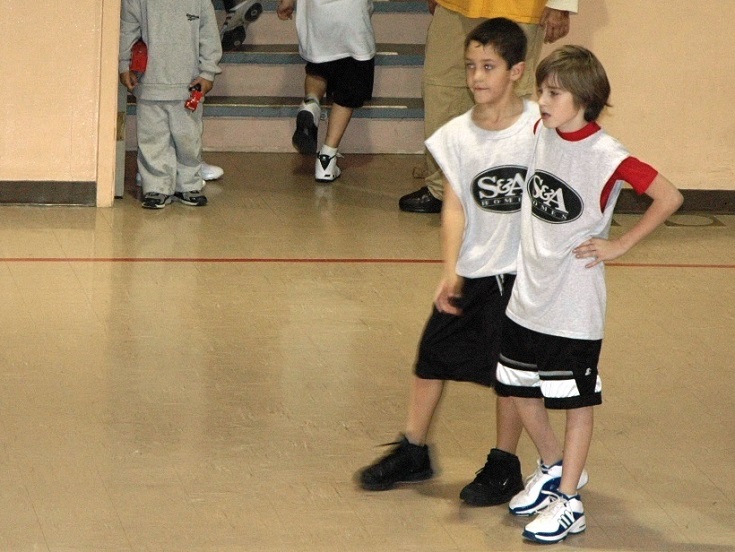 Recognize these two youngsters? This photo is from 2007 and is of Jerry West Basketball action at the Bridgeport United Methodist Church, Both would be involved in state titles at Bridgeport and then go onto college success. On the left is Dylan Tonkery who was a standout football player for the Indians and is in his senior year of football at West Virginia University. At the right is Michael Duez, who was a standout cross country and track athlete at BHS and then excelled at Wheeling Jesuit before recently graduating. 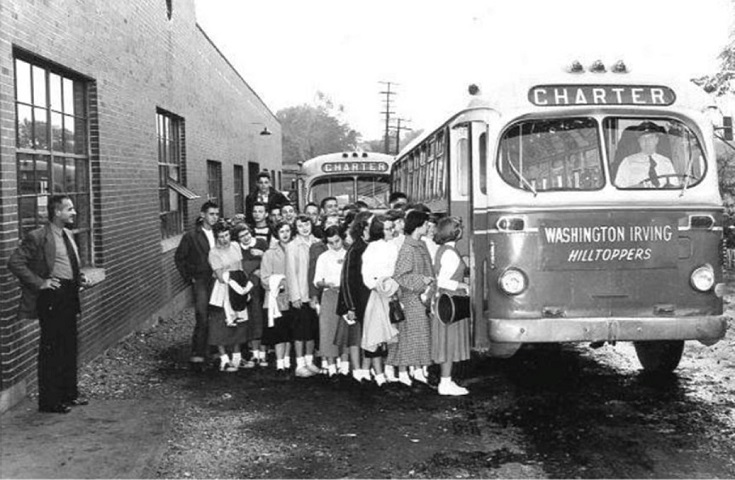 This photo is from 1954 and is believed to be showing a group of students haeding to an away football game to watch their classmates at Washington Irving High School. WI merged with Roosevelt-Wilson in the 1990s to form the current Robert C. Byrd High School.
Editor's Note: This ongoing photo feature of pictures from Bridgeport and throughout the Mountain State is part of local historian Richard "Dick" Duez's collection. Duez, the unofficial historian of Bridgeport, would appreciate any scanned photos emailed to him for use here or to include in his ongoing efforts to preserve local history. You can email photos, or let him know how to acquire copies of photos you may have in your possession, to Duez at dick.do@citynet.net.