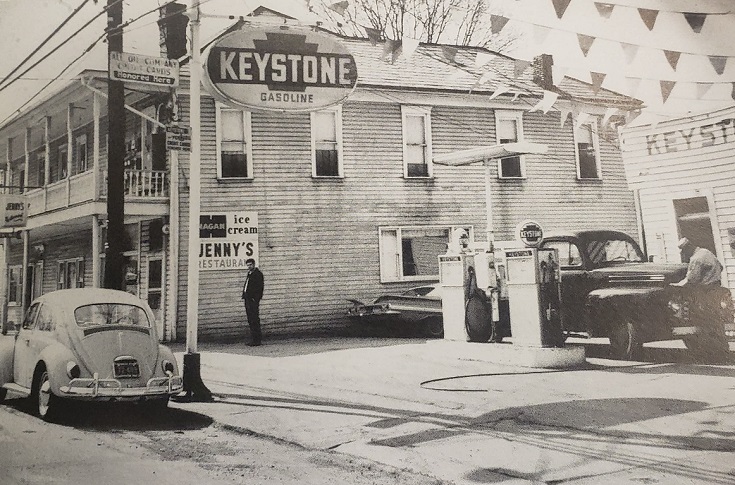 Although the date of this photo is unknown, it is another from downtown Bridgeport decades ago. To the left is the popular Jenny's Restaurant, which a sign can be seen on the side of the building, as well as to the very left of the photo above the Volkswagen. Also shown is the Keystone Gasoline station, which was owned by Bob Andrews. 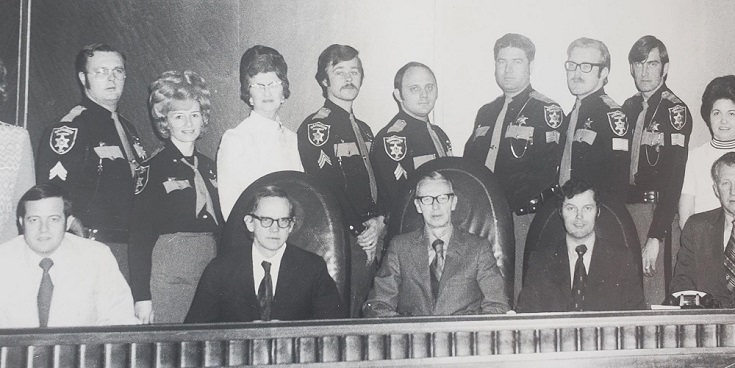 This photo, believed to be from the early 1970s, might be at a swearing in event for a Harrison County official, perhaps a sheriff. The identities are not certain, nor are the spellings of the names, but the information as best as we can tell show, bottom row, from left, Ron Cork, Frank Maxwell, Jim Boyce, Danny McCarthy, and Gaylord Lanham. The back row, from left, shows Mike Hinton, Billie Anne Cork Clevenger, Virginia Dennison, Fred Bumgardner, Jim Jack, Bob Linville, Jim McAtee, perhaps Ronnie LeJeune (sp), and unknown. Feel free to add corrections, or the name of the unknown individual in the comment section below. This photo is courtesy of Barbara Lebel.
Editor's Note: This ongoing photo feature of pictures from Bridgeport and throughout the Mountain State is part of local historian Richard "Dick" Duez's collection, the unofficial historian of Bridgeport, would appreciate any scanned photos emailed to him for use here or to include in his ongoing efforts Duez to preserve local history. You can email photos, or let him know how to acquire copies of photos you may have in your possession, to Duez at dickdo@citynet.net.