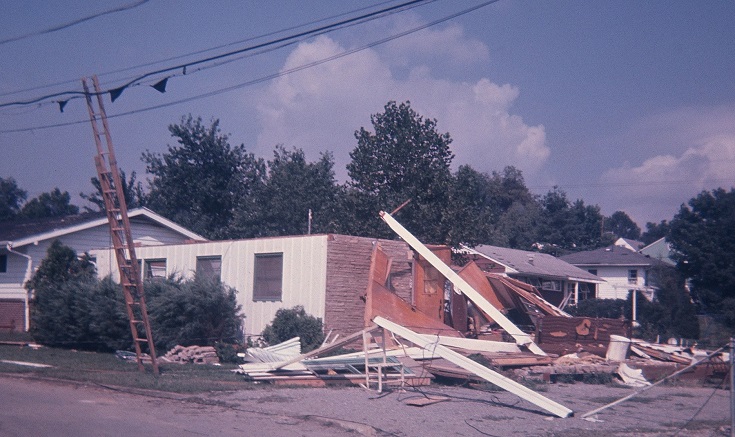 Here's another photo from the devastating 1970 tornado that struck the city of Bridgeport. This photo shows serious damage to a home on the corner of Pennsylvania Avenue. 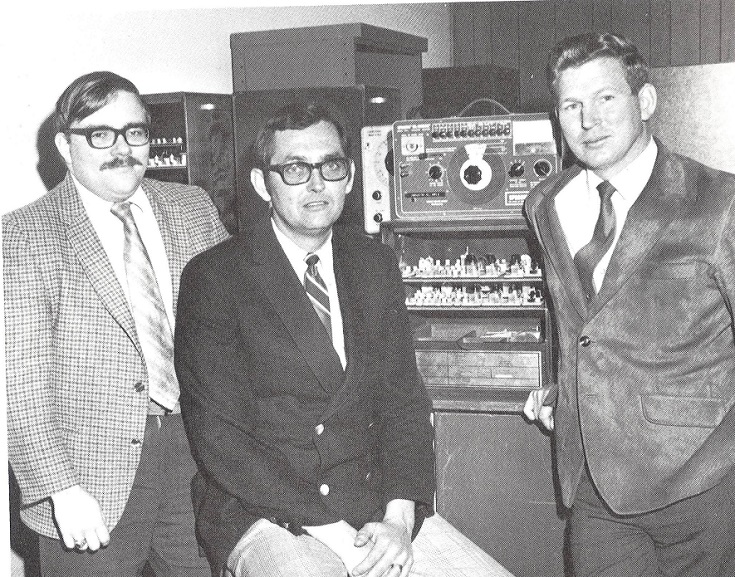 Anyone remember these three men involved with Salem College's Industrial Arts program? The photo from 1970 shows, from left, Donald Drake, George Riley, and Howard Powell.
Editor's Note: This ongoing photo feature of pictures from Bridgeport and throughout the Mountain State is part of local historian Richard "Dick" Duez's collection. , the unofficial historian of Bridgeport, would appreciate any scanned photos emailed to him for use here or to include in his ongoing effortsDuez to preserve local history. You can email photos, or let him know how to acquire copies of photos you may have in your possession, to Duez at dickdo@citynet.net.

The tornado photo looked funny to me. I believe that it's backwards. The curving curb of the street is Pennsylvania Av. as it turns right and goes north. The house on the left is on the corner of Pennsylvania and Smith St.