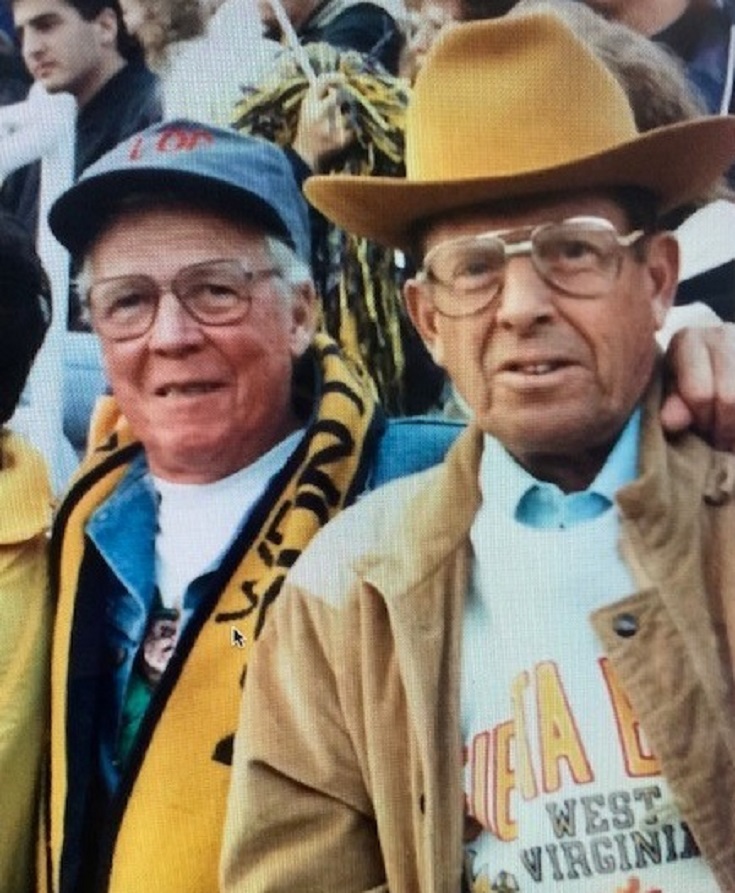 These two look familiar? Many will know them as two of the city's most important leaders, both of whom have passed. Shown on the left is former Mayor Carl Furbee and on the right is former Police Chief John Diamond. This photo is from Jan. 2, 1989 as the two were rooting on West Virginia in their Fiesta Bowl game against Notre Dame in Tempe, Arizona. 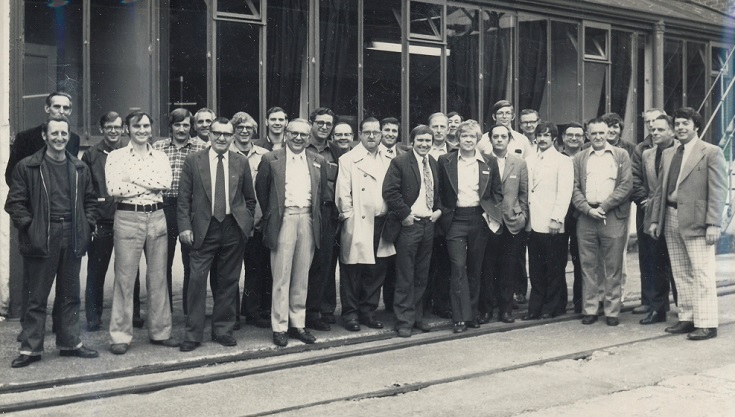 The individuals shown here are part of Fourco Glass's trip to England in 1976. To learn about why they wen there, as well as who is pictured, here is a letter that accompanied this photo below. 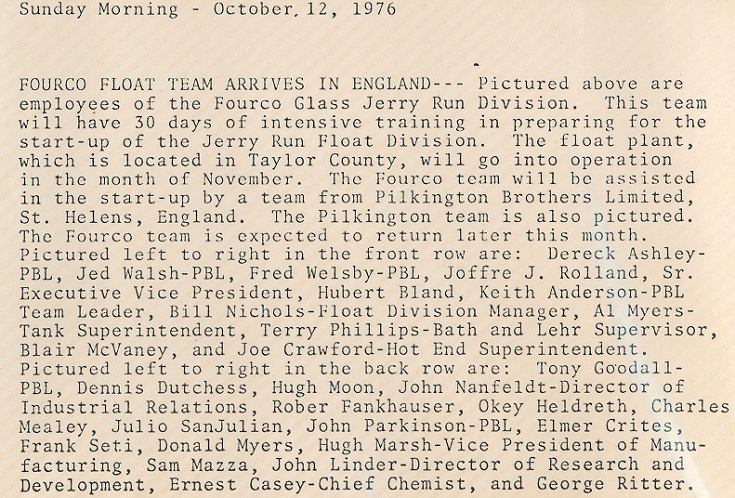 EDITOR'S NOTE: This ongoing photo feature of pictures from Bridgeport and throughout the Mountain State is part of local historian Richard "Dick" Duez's collection, the unofficial historian of Bridgeport, would appreciate any scanned photos emailed to him for use here or to include in his ongoing efforts Duez to preserve local history. You can email photos, or let him know how to acquire copies of photos you may have in your possession, to Duez at dickdo@citynet.net.

Richard - Thanks for posting this historic photo - a group of Clarksburg Glass Men in England just before the last local glass factory (Jerry Run) will open with the new float technology. Very cool to see all of those young fellows from home: Joff Rolland, George Ritter, Elmer Crites, "Bootsy" Bland, and my next door neighbor Bill Nichols.