Time Travel: Virginia Avenue Snow Removal in 1979 and a Look Back at Clarksburg's Fire Department Workers looks to clear this section of Virginia Avenue after a major snowstorm hit Bridgeport in 1979, and appear to be making significant progress. Anyone remember this particular storm? If so comment below. 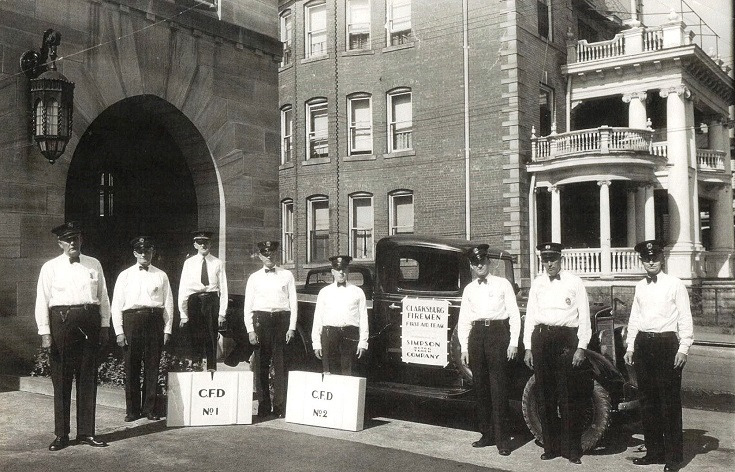 The date of this photo is unknown by it is decades old and shows the Main Street Fire Station in Clarksburg, which still stands today. The photi is of the Department's "First Aid Team," according to a sign on the truck. The large building behind the men is no longer standing and today is the home of the Gaston Caperton Center.
Editor's Note: This ongoing photo feature of pictures from Bridgeport and throughout the Mountain State is part of local historian Richard "Dick" Duez's collection. Duez, the unofficial historian of Bridgeport, would appreciate any scanned photos emailed to him for use here or to include in his ongoing efforts to preserve local history. You can email photos, or let him know how to acquire copies of photos you may have in your possession, to Duez at dick.do@citynet.net.