It's Happening: A Daytrip to Hovatter's Wildlife Zoo in Kingwood 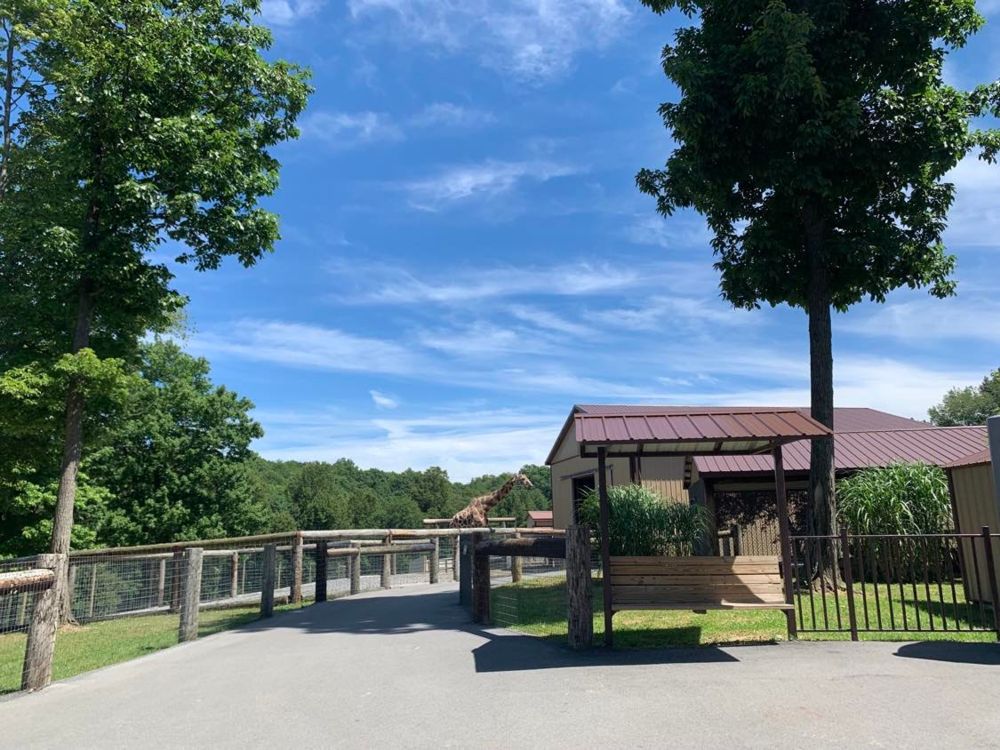 The giddy repetitions of “Are we there yet?” had rhythmed from the backseat for about the last 10 miles. The kids couldn’t wait. We had 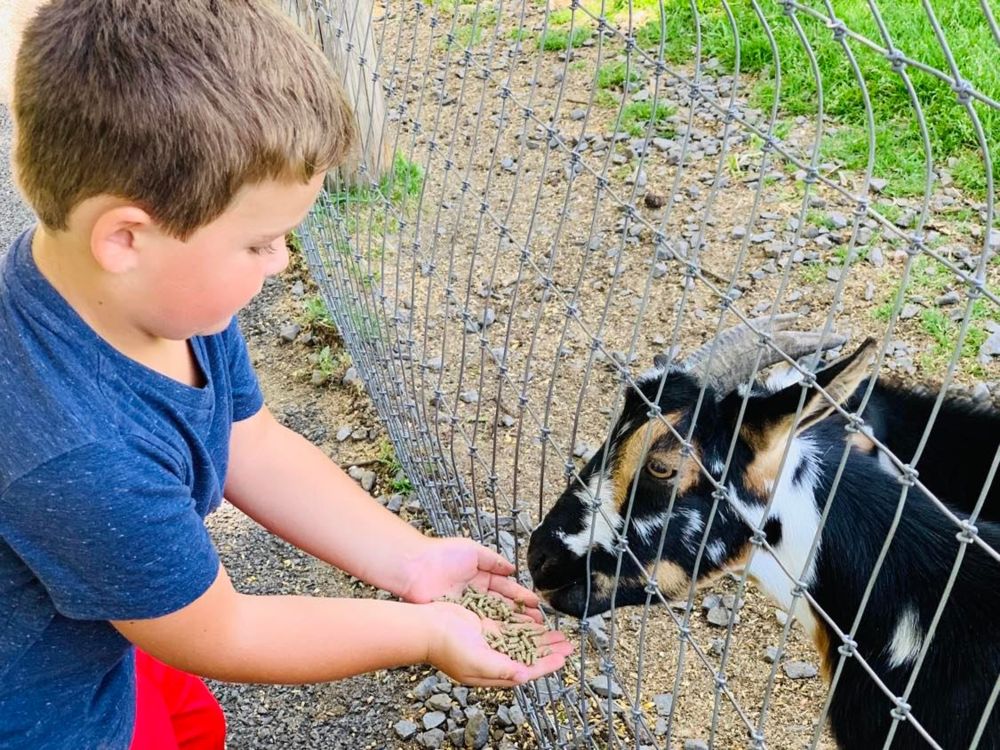 traveled a most scenic route from Bridgeport, exiting I-79 North via Goshen Road then taking 119 South to Gladesville Road and a series of short jaunts until we reached Hovatter's Wildlife Zoo.
Suddenly we were staring down a yard full of kangaroos and the entrance to the Preston County attraction. An animal lover and zoo enthusiast, I had never been there and found myself just as excited as my very young grandchildren. After parking, applying sunscreen and loading the stroller with snacks and drinks, we proceeded to a little structure which served as the admission portal and souvenir shop. While waiting to pay, we could peer into the monkey cage; their 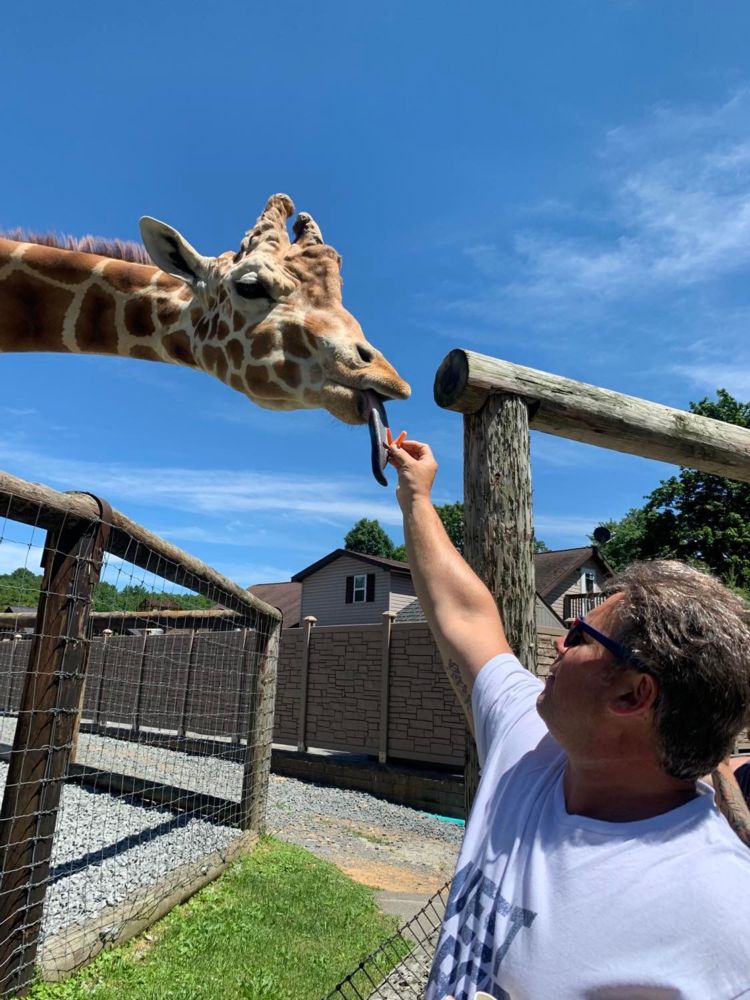 squeaking, grunting sounds blending with the laughter of our little ones. My son-in-law purchased animal feed packs, all-inclusive of carrots, granola bars and various nuggets and morsels. Signs posted on each animal exhibit indicated just what treats the species could eat.
After passing a very large cage of squawking parrots, the kiddos made a beeline for the goats. At first a little apprehensive, they soon felt comfortable letting them eat right out of their tiny hands. We next paid a visit to a pair of giraffes, their long dark tongues eager for the carrots tucked into our packs. After eating several and even posing for a few photo ops, they retrieved into their shelter for a break. That was our cue to mosey on.
There was so much to see. The llamas lived up to their reputation of spitting, serving as a sideline show and generating some giggly responses. The cartoon-like ostriches could be fed via a long plastic tube and when the morsels reached the bottom, they - like giant chickens - pecked the ground, enjoying their midday snacks.
We laughed a little when the kids opted to skip the deer exhibit. Living on the outskirts of town, they see plenty in their own backyard. We ventured to see the camels, plenty of questions about their physique resulting. They, too, were fed through a tube.
A large wooden deck contained even more tubes, which led to bison and a massive elk, his antlers blending right in with the tree branches surrounding him. We meandered on to see both a white and striped tiger, leisurely relaxing in their shady spots near a natural water spot. Then we caught sight of a bear – a grizzly – chilling in his own little environment.
The kids were excited to show me the bird cage; one we could enter. With little wooden sticks dotted with birdseed, we walked in and received a most warm welcome. The colorful little parakeets surrounded us, landing on the feed sticks, our arms, heads, and shoulders. 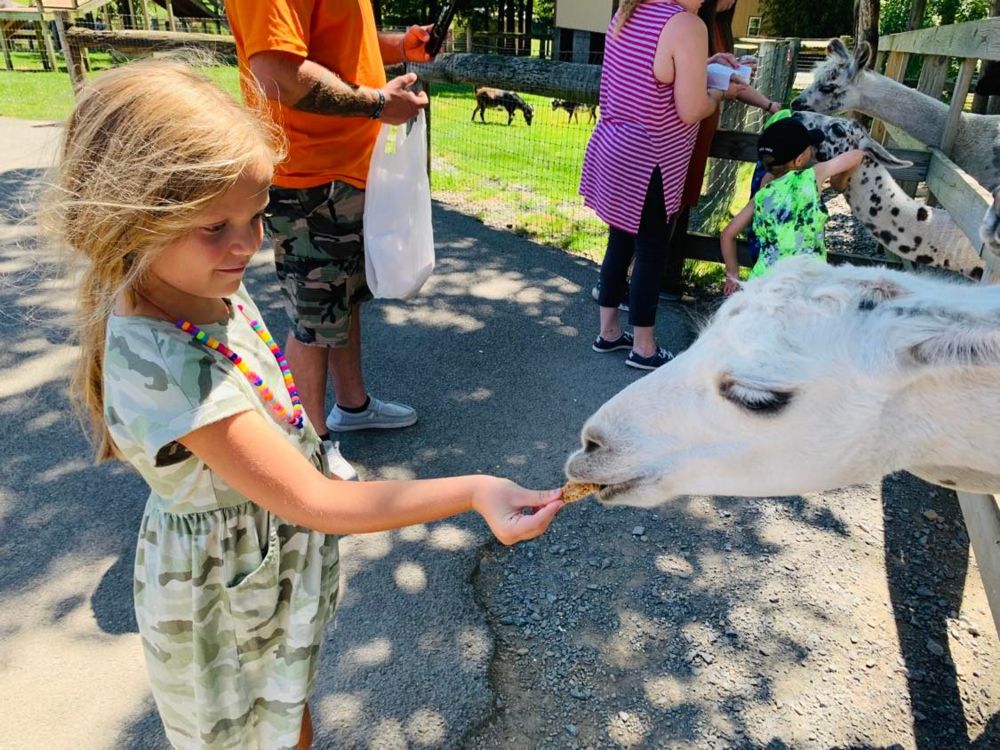 Unpredictably, the lemurs drew much attention. They played hide-and-seek with the kids, then proceeded to poop on their sliding board; an incident we talked about for hours to come. We saw the longhorn steer then headed to “Gator Land,” finally spotting one in the thick, marshy swamp. After exiting, we discovered even more goats, where we emptied the rest of our animal feed. The kids were a little perturbed at the “big dudes” pushing the babies out of the way to get their treats, so it became the human grownups’ job to keep them occupied so the littlest members of our family could handfeed the littles members of the goat tribe.
Upon leaving the zoo, each of the kids chose a toy from the souvenir shop; the baby opting for a tiny giraffe wrapped around a spiral lollipop. We also left with a 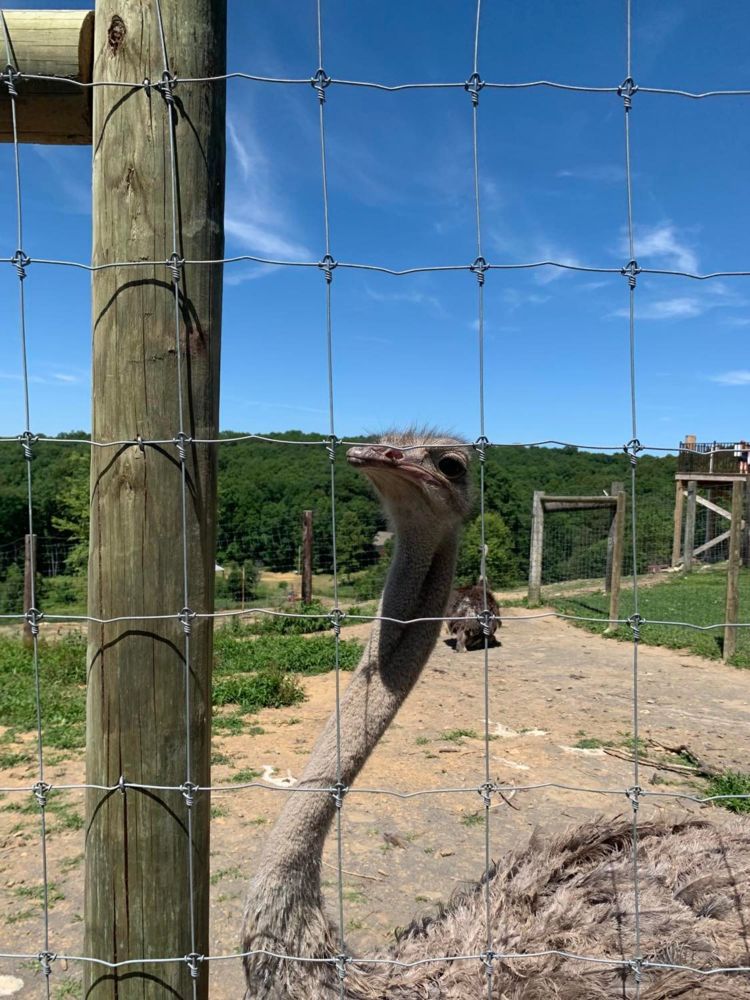 purple sequined stuffed monkey and a playset, complete with a toy ape, helicopter, and pilot. Before loading the car, we let the kids play on the playground; the final exhibit in view. On that chimpanzee cage was a sign indicating that there was a chance of “poo throwing.” We considered that fair warning and kept a safe distance.
The day was a total success, just an hour and a few minutes from Bridgeport, it is a very doable daytrip, even with the littlest of travelers. We topped off the day with a roadside picnic and ice cream at Fairmont’s Dairy Queen Corner.
There is so much to do here in North Central West Virginia during the sweet summertime. Drink it all in and enjoy. We sure did!
Hovatter's Wildlife Zoo, also known as the West Virginia Zoo, is open 10 a.m.-6 p.m. April through October, then weekends throughout November. Admission is $12.99 for adults and $10.99 for kids age 3-12. Find more information HERE. 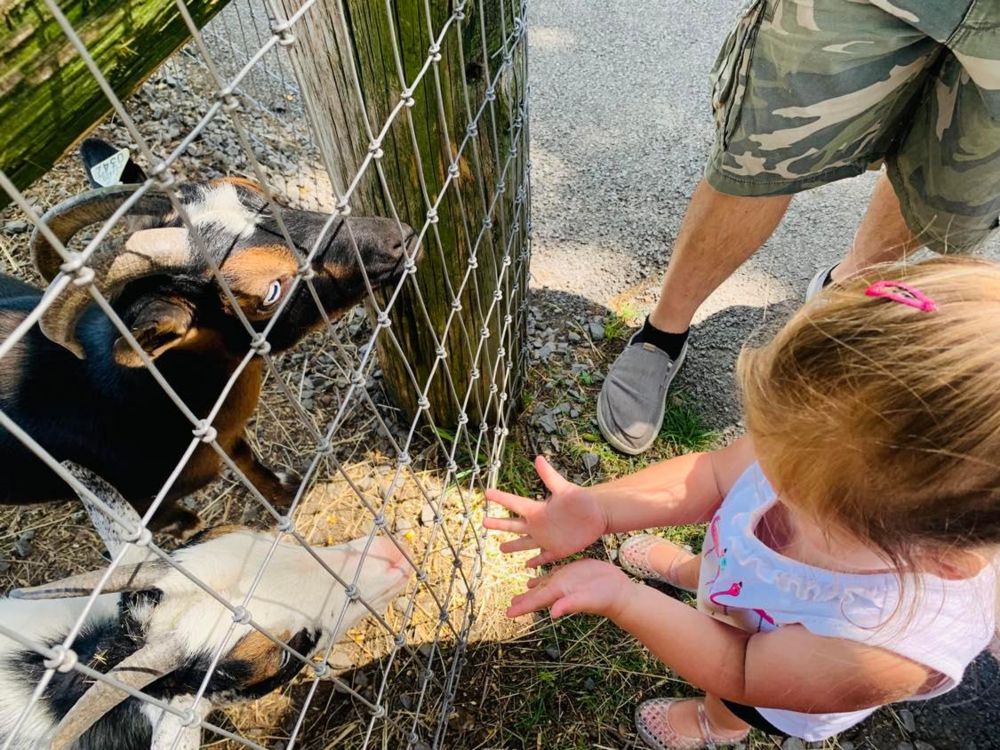