According to MetroNews, a day after announcing he will not run for re-election in 2020, House Minority Leader Tim Miley, D-Harrison, explained his decision during an appearance on Wednesday’s MetroNews “Talkline.”
Miley, who will leave at the end of his current term, said the main reason is what he calls declining room to discuss and pass thoughtful legislation. 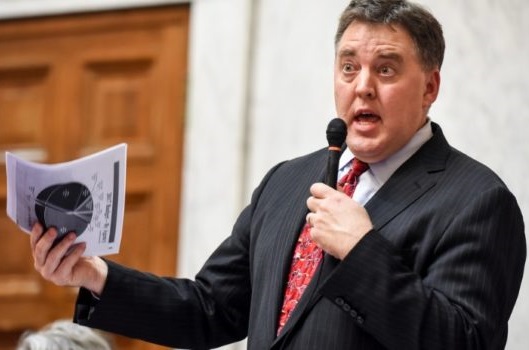 “I no longer believe that spending time in Charleston trying to pursue good policy agenda matters is the highest and best use of my time because I don’t believe there is that much of an effort to find the good policy the state needs,” he said.
“I have gotten a feeling that has developed over the past several years that there is more interest in passing or fighting against policies based on what interest groups outside of West Virginia and outside the Legislature want you to fight for or fight against.”
Miley was first elected in 2004 and has served numerous positions, including as Speaker of the House from June 2013 to January 2015.
Miley said special interests and political action committees have gained control over legislators by using donations and endorsements as tools.
Click HERE for the rest of the report.
Editor's Note: Photo by Perry Bennett, West Virginia Legislative Photography.