It has been several months, but a long-standing business that had served the community for decades at the Meadowbrook Mall went quietly into the good night.
There was no fanfare or no announcement, but in November the Sears Auto Center that operated for several years after the parent store – Sears – had ceased operations inside the Mall. That closed a store that had been open just short of a milestone anniversary.
According to the Bridgeport Finance Department, the mall was less than a year away from its 30-year anniversary. Their records show Sears Auto opened on Sept. 1, 1991. 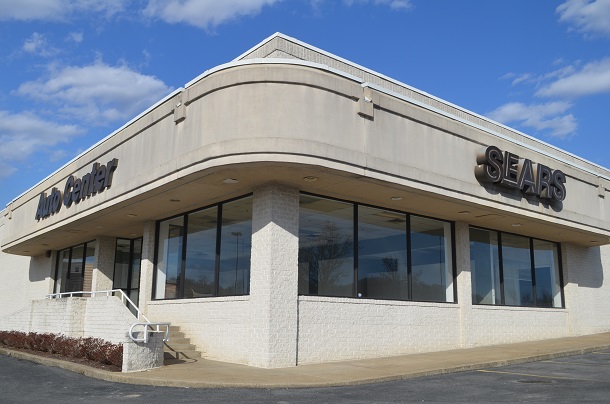 While the closing may have caught some off guard, it was something Meadowbrook Mall officials were anticipating. According to Property and Marketing Manager Robin Urquhart, it was a national decision as opposed to a failure on the local end.
“This one falls under the issues with the national brand. We were the last (Sears Auto) in the state to shut down,” said Urquhart. “They had been shutting most of them down so the anticipation was there.”
Now, there is a large empty solo building – still in good shape according to Urquhart – that is available for use. It covers 67,500 square feet.
“Corporate is already talking to interested parties,” said Urquhart, about the Cafaro Company that owns the Mall. “I do knot believe they are locked into automotive, although that would be an easy transition. It is a large open space, very large. The right client could easily renovate the space to meet their needs and I am certain our company would work with them to help any potential client meet those needs.”
The Sears building is one of five stand-alone structures at the mall, and the only one vacant. It was also the original business in the building, which means the Outback Restaurant and BB&T are the only stand-alones still housing their original business.
Dick’s Sporting Goods was formerly a Phar-Mor. The Planet Fitness building opened as an Office Max.
Urquhart said the Mall would welcome local or national interest. Anyone interested in the property can contact the mall’s leasing representative Brian McGahagan at 330-747-2746.
“It’s unfortunate, but this is a situation that has a lot to do with issues on retail nationally. We’ll be working hard to fill the space as soon as possible,” said Urquhart.