Nate Critchfield is a legend in Harrison County. His smiling face, funny jokes and immeasurable knowledge of all things Star Wars and Weird 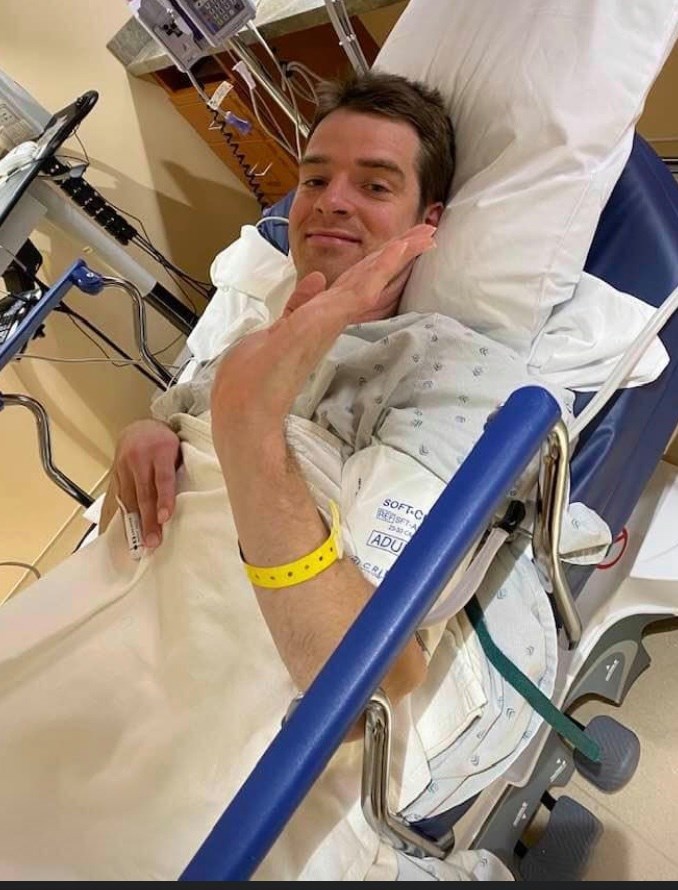 Al Yankovic have made him a favorite among everyone who meets him.  For fifteen years, he has earned medals in the Special Olympics, competing in cross country skiing, volleyball and track.  Two weeks ago, an accident put his athleticism on hold when he crashed into a fence while skiing at the Special Olympics events.
“Nate broke his right leg,” said his father, Chuck Critchfield.  “He underwent surgery right after that and is now recovering at home.  He will not be allowed to put any weight on it for at least three months and not be fully recovered for at least six months.”
Since the accident, a Facebook post encouraged everyone to send cards to him while he recovered.  People from all over the country sent cards and he especially loved the ones from local friends, family and everyone from Special Olympics.  In fact, there were so many cards that his family set up a post office box so their local mail deliverer would not be overwhelmed.
“The support has been amazing,” said Critchfield.  “We are so grateful for all the encouragement and well wishes.”
Nate’s accident happened at Canaan Valley on January 24 as he was competing in the Special Olympics cross country ski event.  Although he is not particularly excited to do that course again after he heals, he does hope to return to skiing and the other sports in which he competes in Special Olympics.
“He’s excited to get involved again,” said his father.  “We are focusing on getting him well again and then we will explore his options.”
For those wishing to send cards to Nate Critchfield, they can be sent to P.O. Box 8086, Nutter Fort, WV 26302.  He loves Star Wars, cats, puzzles, Weird Al, Sesame Street and more and looks forward to getting cards every day as he recovers.