According to WDTV, aTaylor County man has been charged after officers said he fired a gun near several homes and threatened to kill officers while fighting with them.
Officers were dispatched to a home on Sidetrack Rd. in Rosemont just before 9 a.m. on Saturday after a woman said she heard a shot fired 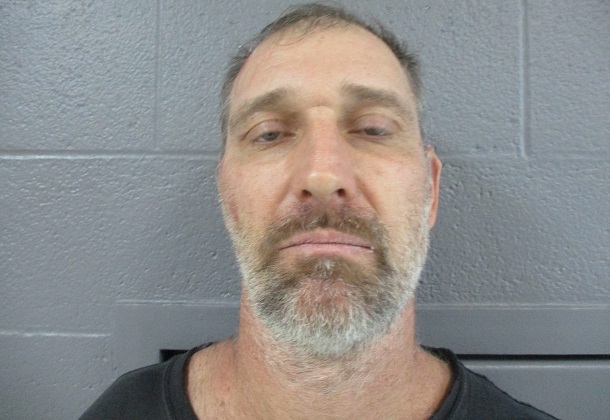 and saw 48-year-old Travis Blake, of Rosemont, standing in her yard, according to a criminal complaint.
The woman reportedly told officers she heard Blake screaming “Do I need to get more shells, get out here” but did not see a firearm.
When officers spoke with Blake, he “seemed agitated, fidgety, and was giving contradictory information,” officers said.
Court documents say officers tried to put Blake in handcuffs as a safety precaution, but he refused to cooperate and “forced a physical altercation with officers.” After being placed in handcuffs and leg restraints, he allegedly continued to fight with officers.
Officers said Blake kicked them several times in multiple places, including the chest, thigh and private area and threatened to kill them.
After Blake was put inside a police car, officers said they saw a 20 gauge shotgun inside a nearby truck with several spent cartridges in its bed.
A witness later told police he saw Blake get out of the vehicle and fire a shot into the ground. Officers said there were several homes within 500 feet of where the incident occurred.
Blake has been charged with wanton endangerment involving a firearm. He is being held at North Central Regional Jail on a $20,000 bond.
Click HERE for updates if, and when, they become available.