By Connect-Bridgeport Staff on January 14, 2022

According to WDTV, police officers said a man was traveling the wrong way on a one way in Clarksburg Thursday morning when he hit a Clarksburg Police cruiser head-on. 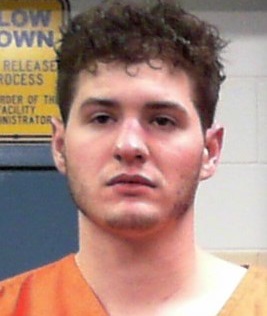 Joshua Ryan, 22, of Ansted, was traveling west in the eastbound lanes on Route 50 in Clarksburg, according to a criminal complaint.
Officers said they located the vehicle and activated emergency lights and sirens in an attempt to get Ryan to stop.
The report says Ryan continued to travel towards the police cruiser and struck it head-on.
Ryan allegedly refused repeatedly to identify himself after the accident.
Officers said they conducted a search on Ryan and found approximately 4.49 grams of marijuana in a plastic bag.
Ryan’s speech was slurred and he was unsteady on his feet, according to officers.
Officers also said the odor of an alcoholic beverage was detected on Ryan’s breath.
Ryan has been charged with DUI, obstructing, possession of a controlled substance, wrong way on a one way, and failure to yield to an emergency vehicle.
Ryan is being held at North Central Regional Jail on a $10,000 bond.
Click HERE for updates if, and when, they become available.