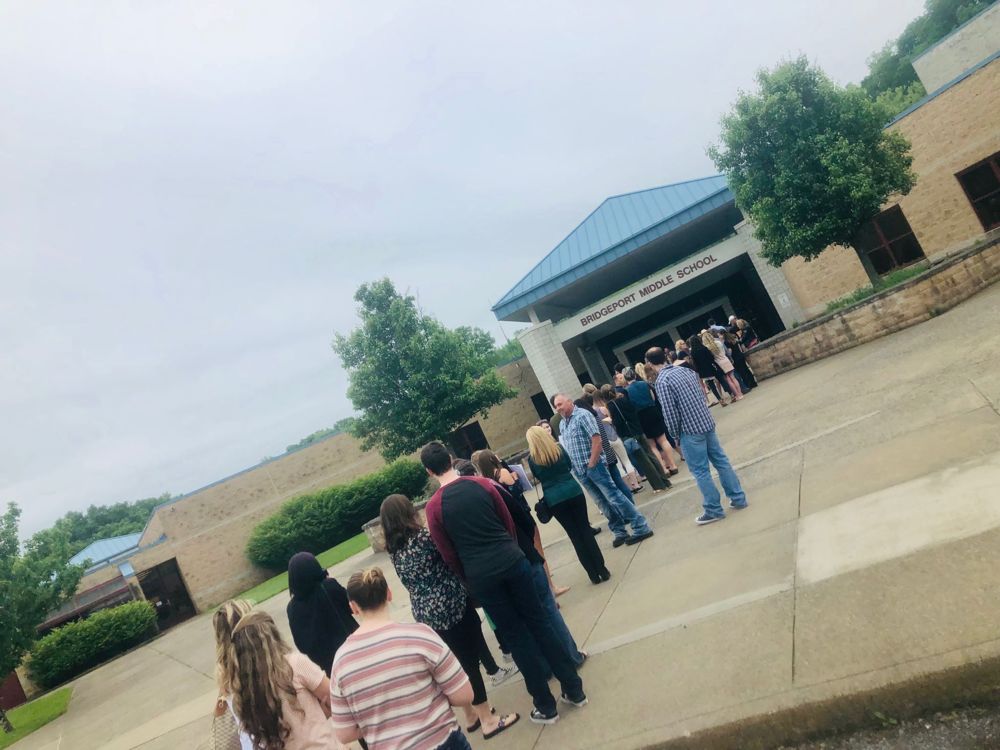 At Bridgeport Middle School, the zombies came out in full force; future pretend zombies, that is. 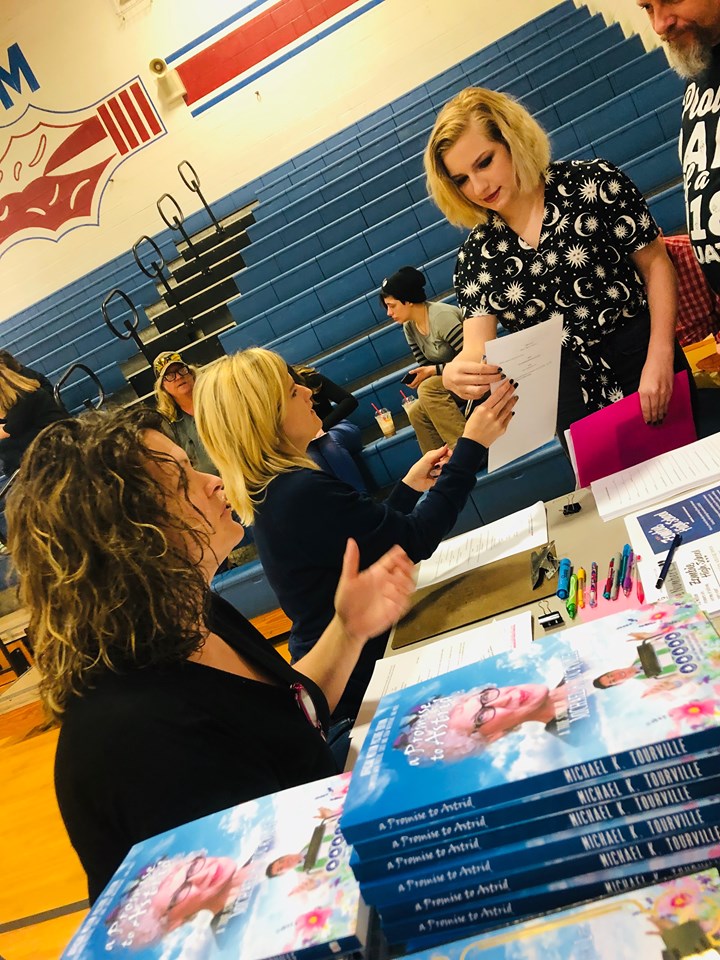 Auditions were held Saturday for “Zombie High School,” an upcoming production of JC Films, which will be shot this July in Bridgeport. About 400 individuals from throughout West Virginia and neighboring states turned out to be part of the movie, which will center around the widespread issue of bullying.
Up for grabs are parts for teens of all walks of life and with various interests – from the jocks to book nerds and everyone in between. In the movie, some of the students will turn into zombies; some will not.
Many teens who auditioned for parts were passionate about the project, sharing stories about how they have experienced bullying in their respective schools. Adults traveled distances to attend the auditions, too. Adult parts include parents, teachers and law enforcement. 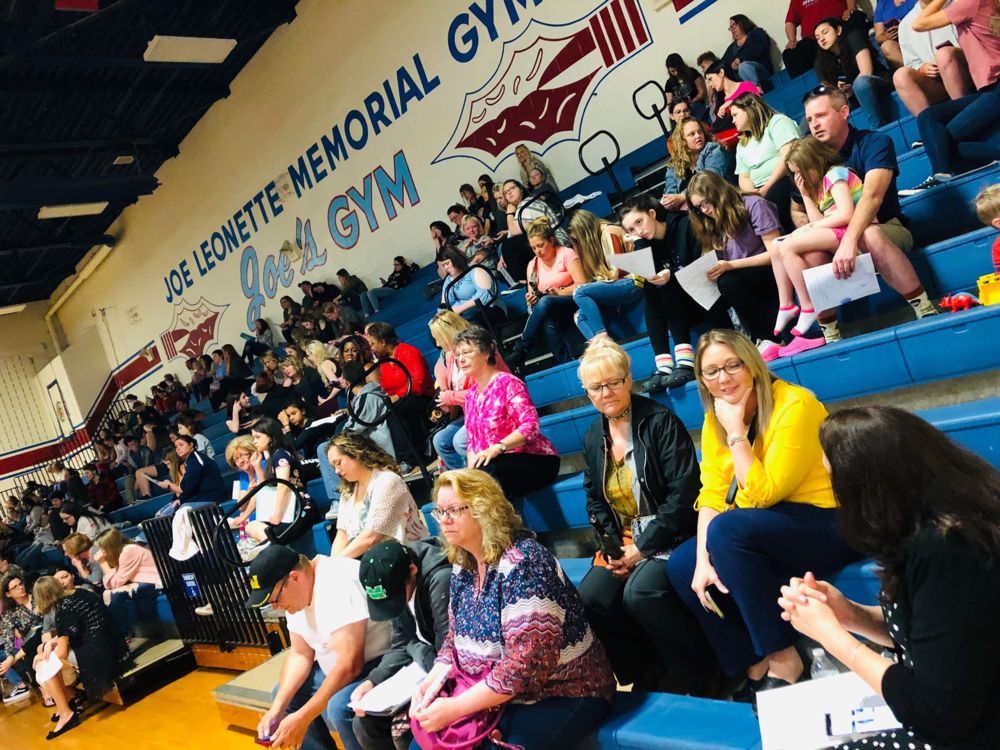 Auditionees included real-life teachers and one police officer, all who said they want to be part of a project that combats the mistreatment of others. All who auditioned were enthusiastic about nabbing a potential role in a real movie; one which stars popular actor Dean Cain.
“We were just blown away with Saturday’s turnout and loved that everyone was so positive and excited about being part of our film,” said JC Films President Jason Campbell. “As I’ve said before, this is a passion project of mine; one that I truly believe will have an impact on communities everywhere. After Saturday’s auditions, I’m even more excited about this film and convinced of the role it will play in teaching kids to get along and embrace each other’s differences.”
Campbell said he had plenty of help from JC Films folks, including director/producer/actor Gary Lee Vincent and JoAnn F. Peterson, who played the lead in our recent film, ‘A Promise to Astrid.’” Others involved with JC Films – both in front of the camera and behind the scenes – helped facilitate Saturday’s auditions and keep it running smoothly. Also on board was Krystian Leonard, Miss Berkeley County and a hopeful of the (Miss America) 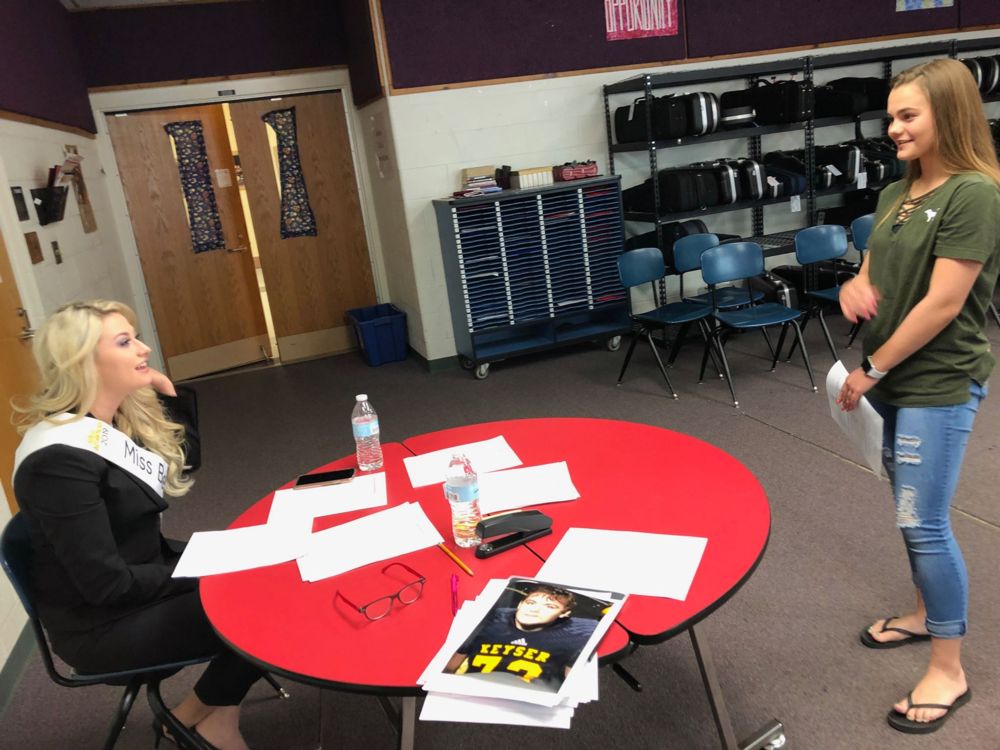 West Virginia crown. Her platform is anti-bullying.
Cain was in Bridgeport last week to film scenes for another JC Films project, “A Child of the King.” During his visit, he stopped by BMS to talk with a handful of students about the issue of bullying. They opened up and shared their perspective, giving Campbell, Cain and others involved in the project some first-hand feedback about the film’s focus. Some of that conversation revolved around bullying in the traditional sense and some around what is perhaps today’s biggest bullying problem: Cyberbullying. The actor - well known for various movie and TV roles, including his legendary role in “Lois & Clark: The New Adventures of Superman” - shared why the project hits home with him.
“I’m a reserve police officer and one of the things I do is serve on a task force which deals with anti-bullying and the pressures young kids face,” Cain said. “It’s great to be here in Bridgeport to shoot a movie and to come (to Bridgeport 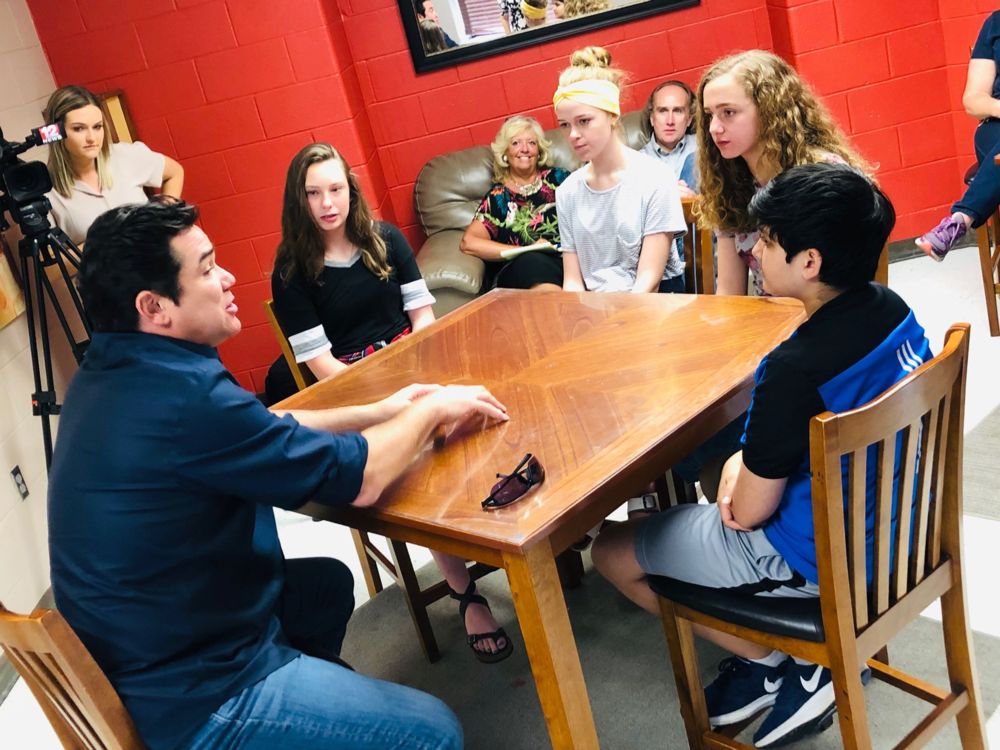 Middle School) to talk with young folks to find out what the story is like here in West Virginia, which has its own bullying issue, just like literally every community. Sometimes when you’re able to shine a light on it, it helps to alleviate the problem.”
Cain said “Zombie High School” is a way to deal with bullying, but in a way that should be entertaining.
“Hopefully, kids will watch it, have fun and learn a lot at the same time,” he said.
BMS Principal Dave Mazza said he endorses the film project 100 percent and that he believes having Campbell in our immediate area is quite an asset.
"Over the past few months, Jason and I have become good friends and he came to me with this idea of a zombie movie with a message about bullying," Mazza said. "We both met with (Superintendent of Harrison County Schools) Dr. (Mark) Manchin and he was all for it. People in Bridgeport ,as well as Harrison County, should really be excited that JC Films wants to make movies in our town and I'm really excited that BMS will be used for the movie."
Campbell said audition callbacks will take place, likely in June, after which actual roles will be assigned and shooting will occur sometime in July. JC Films will reach out via email to those who auditioned.
Editor's Note: Top four photos were taken at Saturday's "Zombie High School" auditions at Bridgeport Middle School. Just above is Dean Cain, talking with BMS students Mallory Bell, Shivam Patel, Anna Hutchinson and Ellie Hart.