Talia Beto has been drawn to the act of shooting a bow for as long as she can remember. 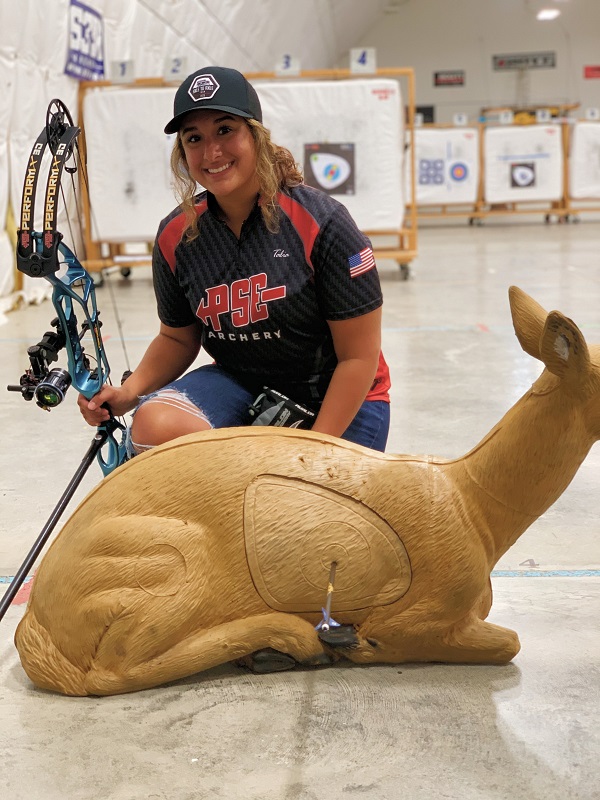 A few years ago she discovered the appeal of participating in archery competitively. It didn’t take long after that for her to realize she was pretty good at it.
“I’ve been shooting my whole life and I’ve hunted for a while, Beto said. “I started getting into archery competitively the past three years. I’ve always had an interest in it. A few years ago, I started working down at The Bow Shop and I started to really get interested in it. I saw that it’s kind of like being able to get into a free space I guess.
“It takes up a lot of time and the season is really long. It starts in December or January and doesn’t end until late September.”
A long season means plenty of opportunities to find success and Beto, who will be a junior this coming year at Bridgeport High School, has found plenty.
She recently won the West Virginia Triple Crown — a three-leg event with stops in Huntington, Doddridge County and Lumberport. She took first place in Huntington and was the runner-up at the second two spots en route to winning first place overall.
Beto is also in the middle of competing in the nationals, including a fifth-place overall finish recently at Pipestem in southern West Virginia. The next leg of her national tournament is scheduled for July 10-12 in Franklin, Pa.
She has already earned a spot in the International Bowhunting Organization (IBO) World Championship which will take place from Aug.7-9 at Seven Springs Mountain Resort in Pennsylvania.
She’s been competing at this level for three years and she’s earned an invitation to the world event three times.
“Last year, I started really progressing and started winning a lot more,” Beto said. “I decided it was something I really liked. I like winning. At the nationals, going there and placing in the Top 5, I was happy with that. You are going out there and competing with people from everywhere. It just was fun and you get to meet a lot of great people from literally all around the world.
“That’s one of the things I really like about it. I’ve traveled all over the place and met some really nice people.” 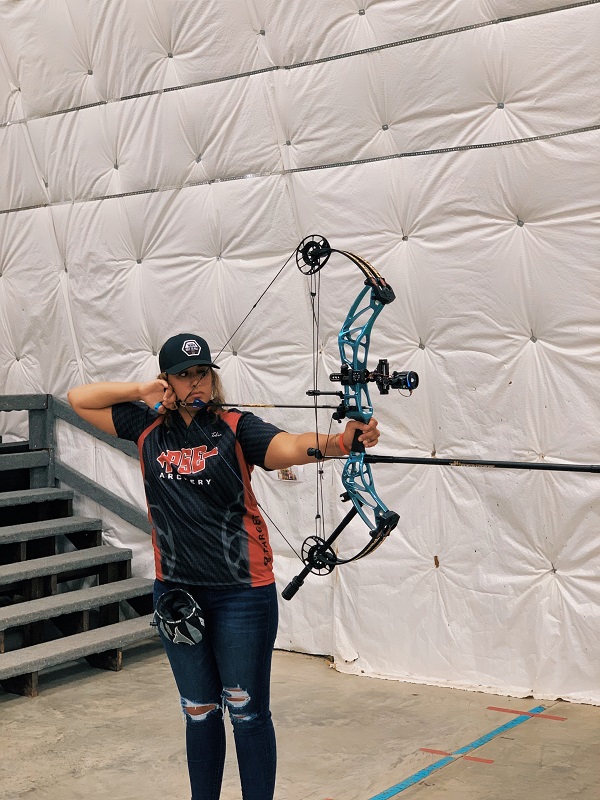 It’s a sport that some might think doesn’t attract a lot of female participants, but that isn’t the case at all.
“I don’t think you realize how many girls do it until you get to experience it,” Beto said. “A bunch of my really close friends that are girls, I’ve met through shooting. There are a bunch of us doing it.”
For those unfamiliar with the type of competitions she does, it’s not as simple as archers standing at a stationary spot shooting at targets.
“Each leg is 30 targets and it’s a rough course, a lot of rough walking,” Beto said. “They set a target out and get a stake you shoot from. From that stake, they send a target out and you have to guess how far it is.”
The COVID-19 pandemic has been a hinderance to Beto’s schedule this year. She said she has had quite a few shoots cancelled, including one in Louisville she was really looking forward to.
She’s been able to get in plenty of practice time though, usually at The Bow Shop in Hepzibah which is some place she spends a lot of time at anyway.
“It’s the closest shop and it’s actually the largest indoor range in West Virginia,” Beto said. “During the winter and during the summer, I’m pretty much there five days a week for a few hours putting in practice.”
Not only is her success in the sport paying off now with wins and trips to new places and the meeting of new people, it’s potentially paying off for her future as well.
“Last year I placed first at an indoor shoot and got a $12,000 scholarship to Union College in Barboursville, Kentucky,” Beto said.
Editor’s Note: Submitted photos of Talia Beto