Barry Balon Files to Run for Seat on City Council

The filing period to run in Bridgeport’s June 13 city election began Monday. On Tuesday, the first candidate put their name into the hat.
Barry Balon, who ran for Council in 2021 and barely missed making the cut, became the first individual to file for one of two seats up for the municipal election in June. The position of city recorder is also up for election. His reason for running, he said, is simple.
“To be honest, I absolutely love everything about the city. The citizen who want best for their families and the community and the economic 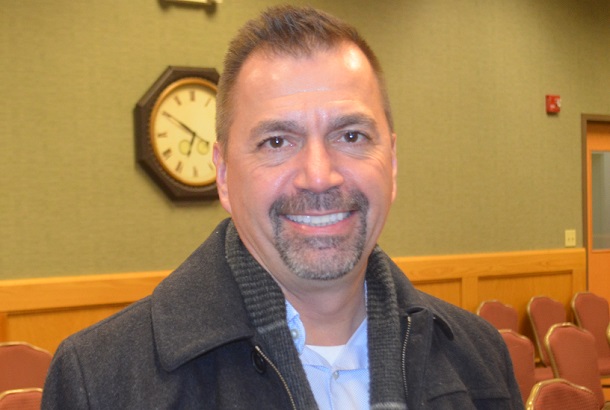 opportunities that are afforded here that many other cities can only dream of,” said Balon. “I travel from Wheeling to Bluefield with my work regularly and comparing most of the areas between those two points to our city lets me know we are blessed.”
Professionally, Balon works in corporate management for Shoe Show, Inc. Most know that locally as The Shoe Department, which has a location at Meadowbrook Mall. Balon oversees that location and 13 others, 11 of which are in West Virginia.
The 57-year-old Balon has been with the company just shy of 30 years. Twenty-five of those years he has served in executive management.
Now, he would like to help in managing the city from a policy standpoint on Council. And there is at least one key thing he would like to focus on.
“There are several thing that I’d like to see take place if elected. If you look at the city councils from the past, what they have done is nothing short of amazing,” said Balon. “I want to be involved in continuing that, but also to really focus on support for children and the economic opportunities that are available.
“I think it is important to pair up with our local colleges and university to make the most of those opportunities,” he continued. “By doing that, we can match careers with the jobs we’re bringing to the area already and the jobs we’re looking at bringing to the area.”
Balon is the father of two. He has a son Alec, 26, and a daughter Erica, 22.
Two Council seats, those held by Jeff Smell and Don Burton, are up for election, while the position of City Recorder, held by Harry M. “Hank” Murray, is also in play. While the outcome of the election will not be known until June, there will be at least one new face on Council.
Recently, Smell announced he will not seek another term on the city’s governing body. The father of triplets, Smell wants to be able to spend more time partaking in his children’s activities.
Bridgeport residents who wish to file to run for recorder or council in the June 13 election can file to run through Thursday, April 13, 2023. Certificates must be filed with the City Clerk’s office (515 W. Main Street, Bridgeport, WV 26330) accompanied by a $25 filing fee no later than 4:00 p.m. on April 13th.
The election is nonpartisan and any person who is a qualified voter of the City of Bridgeport may file. A qualified voter is anyone who is a minimum of 18 years of age, a resident of Bridgeport, and not under conviction of a felony or other disqualification. Candidate packets and certificates declaring candidacy may be obtained at Bridgeport City Hall, 515 West Main Street, between 7:30 a.m. and 4:00 p.m. Monday through Friday.
Anyone living inside the city limits of Bridgeport may also register to vote in order to be eligible to vote in the upcoming election. You may either go to the Harrison County Courthouse, 301 W. Main Street, Clarksburg, WV 26301 or you can go online, print out the form, and mail it to: Attn: Voter Registration Office, 306 B. Washington Avenue, Clarksburg, WV 26301. Please visit www.harrisoncountywv.com/ViewForm.ashx?Id=13to print off the form. You can contact voter registration at 304-624-8614 with any questions.
For information, contact Andrea Kerr, 304-842-8209 or akerr@bridgeportwv.com.