A structure fire to a two-story home on Beards Run Road in the Green Valley community almost in Taylor County was already a lost cause when the Bridgeport Fire Department arrived on the scene Tuesday evening, said Fire Chief Phil Hart. 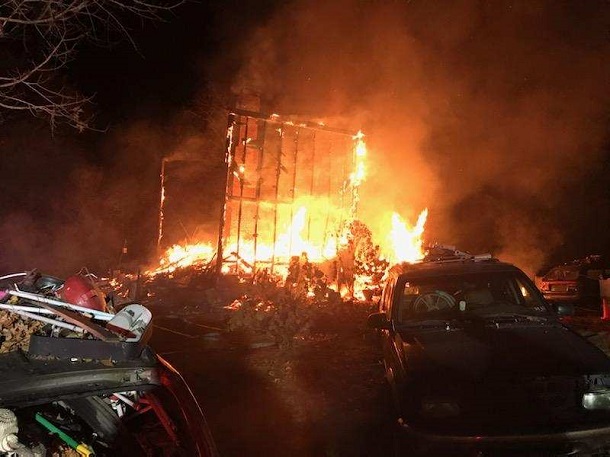 “It was completely involved upon arrival,” said Hart. “We knew quickly the structure was a total loss at the point we were on the scene and the fire had already spread to three vehicles and two outbuildings. We immediately went into the mode of protecting the exposures and put the fire out in the outbuildings and the cars.”
The good news was that no one was injured, according to Hart. He said the solo occupant of the home was outside of the residence when emergency personnel arrived on the scene. The area is in Bridgeport’s “first due” section for response to calls.
Hart said the cause of the fire is under investigation. He said the investigation is being handled by the Bridgeport Fire Department, the Harrison County Sheriff’s Department and the West Virginia State 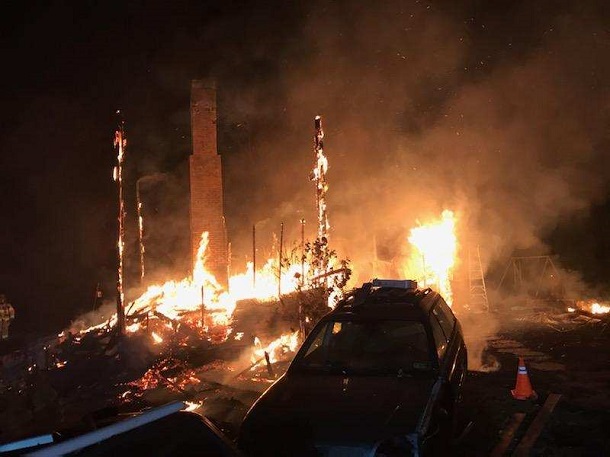 Fire Marshall.
Hart also said there were no animals inside the home for the blaze that was called into Harrison County 911 at 6:18 p.m.
The Bridgeport Fire Department was assisted by Flemington, Nutter Fort, and Shinnston Fire Departments. Anmoore EMS was on standby at the scene. The mutual aid agreement, which Hart has always praised, was particularly critical in this situation.
“It was very important because there are no fire hydrants in that area. The fire apparatus had to haul multiple loads of water from the Oral Lake clubhouse back to the scene,” said Hart.
Check back to Connect-Bridgeport for updates on the cause if, and when, they become available.