By Connect-Bridgeport Staff on February 23, 2020

Bridgeport High School has announced that Payton Merica and Josh Wojciechowicz have been selected as Students of the Month for February. 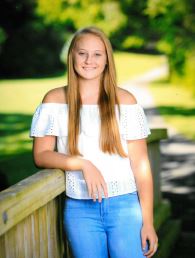 Payton Merica is the daughter of Jesse and Denise Merica. She has remained on the honor roll throughout high school and earned an academic letter her freshman year and academic lamps her sophomore and junior years.
Merica is a member of the Drug Free Clubs of America and French Honorary. She has participated in the Shop for Tots program and Operation Christmas Child.
Merica has been a member of the BHS volleyball team for the past four years, helping the Indians win the Class AA state championship in 2018 and finish as the state runner-up in 2016.
As a junior, Merica earned first-team all-Harrison County, second-team all-Big 10 Conference and special honorable mention All-State honors. After her senior season, she earned first-team all-Harrison County and first-team all-Big 10 Conference in addition to being selected as the captain for the Class AA All-State second team.
Merica played two seasons for the BHS softball team and as a sophomore was named first-team all-Harrison County and earned Class AA All-State special honorable mention status.
She is also a member of the BHS girls track and field team. Last season she was part of the Class AA state champion 4x100 relay team and was the state runner-up in the high jump.
Merica is currently playing travel volleyball for the CATZ Volleyball Club.
Merica will attend Coastal Carolina University in Conway, SC and she plans to major in Marine Science.
Josh Wojciechowicz is the son of Jason and Michelle Wojciechowicz and is a senior at BHS. He maintains a weighted GPA of 4.25 and has earned an academic letter and lamp from freshman to junior year. 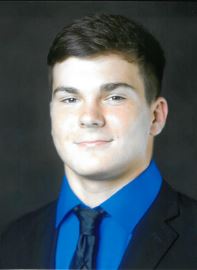 He has volunteered at the Mission in Clarksburg and at the Humane Society as well as being an active member in church running the sound equipment for services.
Wojciechowicz is a member of the National Honor Society along with the Fellowship of Christian Athletes. He is a four-year letterman in football and a three-year letterman in wrestling and has been voted all-Harrison County and all-Big 10 Conference for football.
He played on both sides of the ball for the 2019 Class AA state champion football team playing both offensive and defensive end, along with being the team’s long snapper. Wojciechowicz was selected as the No. 1 long snapper in West Virginia and the No. 51 long snapper in the country by Kohls Snapping of the 2020 class.
In his offseason, Wojciechowicz trains with Training Traditions and is part of their offseason wrestling team. Throughout his high school wrestling career, he has earned several place finishes in tournaments and ended his prep career prematurely because of a broken ankle suffered in the final second of the state championship football game. His overall record from freshman to junior year was 87-37.
In the fall, Wojciechowicz will be attending and playing football at the Colorado School of Mines, in Golden, Colo. While there, he will be majoring in mechanical engineering and minoring in business.