The Bridgeport Police Department are hoping the public can be of assistance involving a case with counterfeit currency that took place recently in the city limits.
According to Bridgeport Police Officer M.B. Pernell, the incident in question took place at The Square in Bridgeport, which is the former Valley 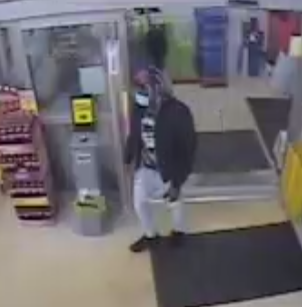 Hills Shopping Plaza. The incident took place back on Jan. 17. 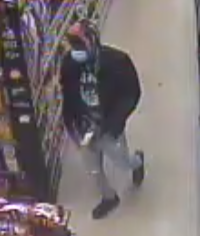 According to Pernell, it took place in the early evening. The time stamp on the incident is 6:13 p.m.
“(At that time), the suspect entered the Dollar General Store (311 South Virginia Avenue), walked around the store, grabbing a few items, walked to the front counter,” said Pernell. “The suspect then attempted to pass counterfeit U.S. currency to use for the purchase of various goods.”
The entire incident took only a few minutes. Pernell said the suspect in question left the store at 6:23 p.m.
If anyone has information on this case, might be able to identify the individual despite the grainy images, they are asked to contact Pernell. Pernell can be reached at the Bridgeport Police Department at 304-842-8260 or the direct line is 304-848-6122. If Pernell does not answer, leave a message.
Pernell can also be reached via email. The email is mpernell@bridgeportwv.com.