For those who enjoyed last year’s mild winter and were hoping last weekend’s storm might be the worst we will see, the enjoyment is likely going to end. According to Kevin Corriveau, WDTV’s Chief Meteorologist, a storm system is on its way to the region and West Virginia.
“There is almost no doubt this system is coming here for us,” said Corriveau. “We’re looking at a Sunday afternoon and Monday storm with s 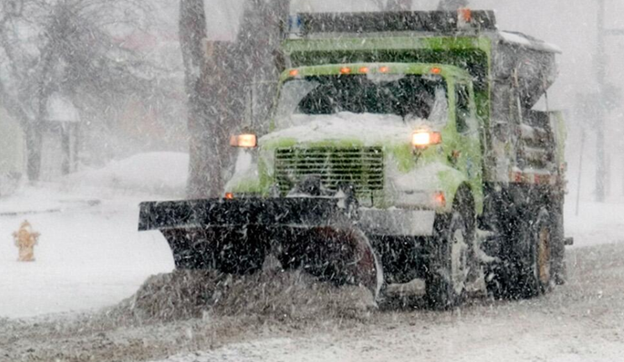 ome residual snow into Tuesday, which would be much lighter.”
Corriveau cautioned that when giving this information the system expected to hit the area was still 72 hours out. And that means the status of the system could change as he, and other meteorologists, are looking at a pair of models to see what is likely to happen.
That leads to the question of how much precipitation to expect.
“I think it’s safe to say, we’re going to get at least five inches or more in the lowlands Sunday afternoon. We’re going to get 10 inches in the higher elevations, or possibly more,” he said. “We’re going to be impacted by this.”
Corriveau did say if the storm’s direction changes, the amount of precipitation and type of precipitation can change. Right now, he said he’s confident this will be a snow event.
“As it stands now, we’re looking at a snow scenario,” said Corriveau.
The time of the snow should begin as early as noon Sunday and 3 p.m. Monday as far as the storm. He said an additional inch or two could be in place through Tuesday morning.
Right now, forecasted temperatures Sunday are a high of 39 degrees with an overnight low of 27 going into Monday. Monday’s high is at 31, which means the temperatures would be below freezing through Tuesday morning.
For updates today, the weekend and into next week, visit the WDTV weather page by clicking HERE. You can also visit the National Weather Service page by clicking HERE.