By Connect-Bridgeport Staff on December 02, 2019

Robert Justus “Bob” Bates, 89, of Bridgeport, WV, went to be with his Lord and Savior on November 28, 2019. Bob was with his family at his most recent home at Maple Lake.
Bob was born in Clarksburg, WV, on August 17, 1930, the only child of Fred E. Bates and Willa Riggs Bates.
Bob spent many summers as a young boy at Maple Lake, with his uncle, aunt and cousins; and was a proud “frog boy” for the July 4 flotilla parades in those wonder years. Bob also learned how to fly model airplanes at Maple Lake, where he developed his passion for aviation. As 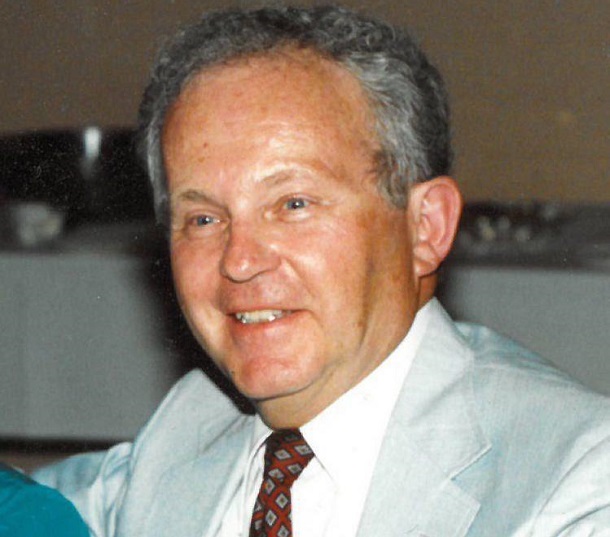 a child, Bob would compete in model airplane competitions and was WV State Model Airplane Champion, winning the title and trophy four times. Bob was a licensed private pilot later in life.
Bob graduated from Washington Irving High School, Class of 1948. He graduated from West Virginia University (WVU) with a BS in Mechanical Engineering in 1953. At WVU, he was a member of Phi Sigma Kappa Fraternity, a member of ROTC, Scabbard and Blade, Arnold Air Society and WVU Emeritus Club.
After graduation from WVU, Bob worked for Westinghouse in Pittsburgh, PA. He then served in the United States Air Force as 1st Lt. Upon leaving the Air Force, Bob was employed by General Electric (GE) heavy Military Electronics, based in Syracuse, New York. Bob worked for GE in Turkey, Greenland and Alaska, as well as Myrtle Beach, SC, (the spot where he would meet the love of his life). Ultimately, Bob would relocate to Huntsville, AL, where he worked for the GE Apollo Support Department, Saturn 5, and the Apollo 11 Mission.
In the mid 1970s, Bob returned to West Virginia, where he was employed by WVU Personal Rapid Transit (PRT) System as Maintenance Manager, Assistant Director and Director for 21 years. Bob ultimately retired as WVU Transportation Director.
A devout Christian, Bob was raised in the Clarksburg Baptist Church and later became a member of Cheat Lake Community Church in Morgantown. He and his wife, Dana, were part-time residents of Surfside Beach, SC, since 1962.
Robert is survived by the love of his life, Dana Hurst Bates; daughter, Trudy Bates Doolittle, husband Don; granddaughter, Megan Doolittle; grandson, Joey Doolittle of Lancaster, PA; daughter, Holly Bates Morris, husband Steve Morris of Bridgeport, WV; grandson, Zachary Henry of Morgantown; and step-grandchildren, Tyler and Houston Morris.
He was preceded in death by his parents, Fred and Willa Bates of Clarksburg, and step-grandson, Auston Morris of Morgantown.
The Bates family is profoundly grateful to Arlene, Heather, Laura and Debbie for their compassion, love and unwavering care over the past few years. You will always be a part of our family. The family also thanks Amedisys Hospice for their support and care over the final days of Bob’s life.
Family and friends will be received at the Davis-Weaver Funeral Home, 329 E. Main Street, Clarksburg, WV, on Monday, December 2, 2019, from 4-7 p.m. Funeral services will be conducted at the funeral home on Tuesday, December 3, 2019, at 10 a.m. Interment will follow at the Bridgeport Cemetery.
Online condolences, www.davisweaverfuneralhome.com.
The Davis-Weaver Funeral Home is honored to serve the Bates Family during this time.