According to WBOY, two women have been charged after deputies said they found at least 40 packages of heroin mixed with fentanyl in their hotel room in Fairmont.
On May 20, deputies with the Marion County Sheriff’s Department responded to a drug complaint at a room at the Quality Inn located at 1185 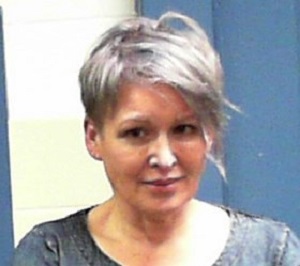 Airport Road in Fairmont, according to a criminal complaint.
Once on scene, deputies were told by hotel staff that room 177 had “the odor of marijuana” coming from it, and deputies sad that once they arrived at the room, they could confirm the smell coming from the room.
When deputies knocked on the door, Mykala Edgell, 20, of Harrisville, answered but did not open the door, according to the complaint. While Edgell spoke to deputies, they heard “a male voice inside the room,” and when Edgell opened the door, she claimed there had been no males in the room, deputies said.
Deputies then entered the room due to the belief that “someone may be attempting to destroy evidence in the room,” and saw another female, identified as Jennifer Moses, 50, of Bridgeport, inside, according to the complaint.
A sweep was then performed on the room to find the male whose voice deputies had heard, but no males were found, however, deputies said that during the sweep they found drug paraphernalia in the room.
Click HERE for the rest of the report and updates if, and when, they become available.
Editor's Note: Pictured is Jennifer Moses.