By Connect-Bridgeport Staff on February 26, 2020

It’s been a little more than five years since the City of Bridgeport saw its first residents sign up for the “Gigaport” project, which was the state’s first gigabit internet city. It was all part of a project that has seen millions invested to provide high speed fiber internet throughout the community.
On Monday, Council received their first update in more than a year on how the project is going during a work session before the regularly scheduled Council meeting. The project came from Citynet, the Bridgeport-based company that took over the project and most of the 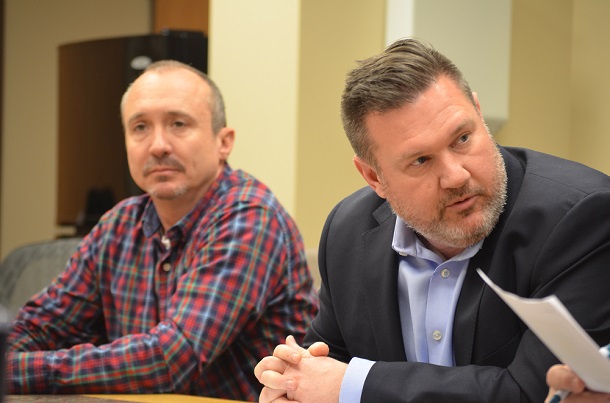 financial risk that came with it.
From the time the first customers took the service in January of 2015 along Ridgeway Drive to today, the project has been a success. Citynet Senior Vice President Drew Pomeroy, who was joined by CEO and President Jim Martin, led the discussion on how it’s working.
Pomeroy said the project has seen 130 miles of fiber-optic cable in Bridgeport that reaches “every nook and cranny,” he said. Pomeroy pointed out if you live in the city limits you can get the service.
When the project was launched, the goal by Citynet was to have 25 percent of the households utilize it to make it financially feasible to pay off the debt of the construction and equipment costs that are at $5 million. To date, 31 percent of the city’s roughly 3,000 households (935 homes) have the service. That number has Citynet projecting revenue in 2020 of $1,380,000 to help pay off the original loan, upkeep and basic maintenance and operations.
Pomeroy also told members of Council the technology from the fiber-optic network allows Citynet to work with Bridgeport on several projects if desired. Pomeroy pointed to possibly adding additional public Wi-Fi locatioins and mimicking a Neighborhood Watch Program in place in Granville. He described it as an “eye in the sky” program that could have beneficial results to protecting the community.
When asked if Citynet was utilizing the same technology beyond Bridgeport, he said the company was, including Maple Lake. He pointed to areas throughout the region, including starting up in Clarksburg, to see if it is financially feasible to do it in those areas as well.
Editor's Note: Photo shows Drew Pomeroy, right, addressing City Council during Monday's work session while Jim Martin looks on.