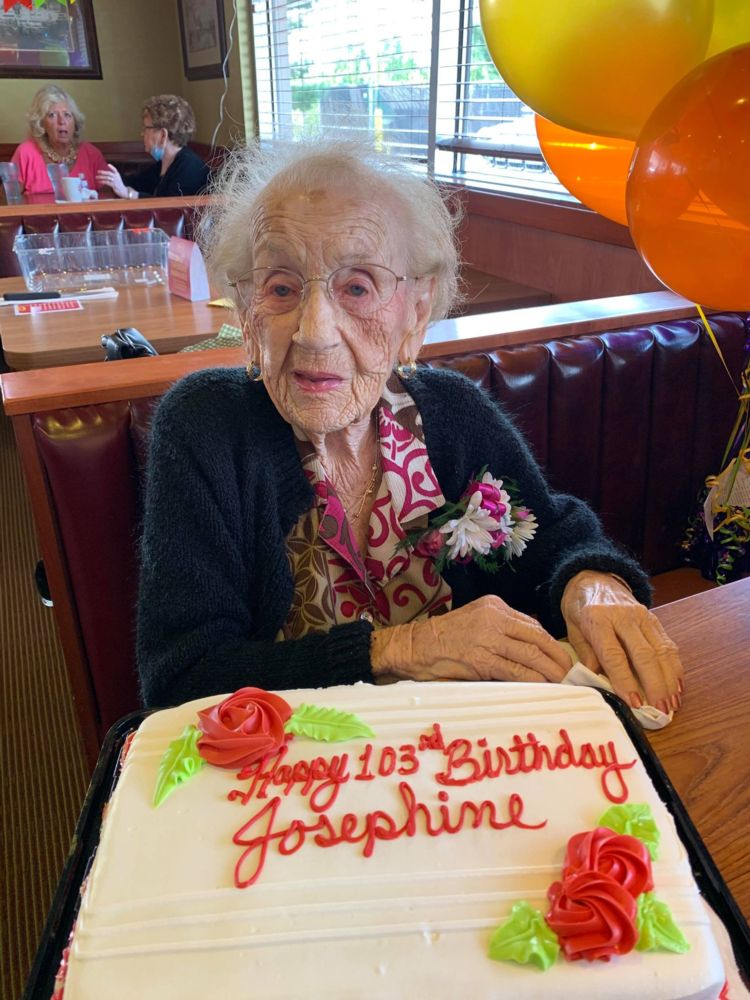 In 1917 – under the presidency of Woodrow Wilson - America entered World War One.  Another happening that year was the Sept. 12 birth of Josephine Gerrard in Clarksburg’s Liberty Addition.
After growing up on a farm on Gregory’s Run – where she and her husband Carl Lauderman resided after they were married – she moved to Bridgeport, where she has lived for 65-plus years and was an active member of Bridgeport United Methodist Church, the Eastern Star and the GFWC Woman's Club of Bridgeport.
Friday, Josephine - who in recent months has lived with her son in Parkersburg - celebrated her 103rd birthday.
Josephine was raised doing farm chores and walking miles to school each day. She has lived through two world wars – the second in which her husband was on the front lines. She’s experienced the depression and health pandemics – not only COVID-19, but also polio and various flu pandemics.
"I've also lived through a lot of U.S. presidents," she said.
Her life has been full, she said. She and Carl had two children – Brenda and Dr. Tom Lauderman. Josephine now has three grandchildren and six great-grandchildren. She graduated from Victory High School in 1933, going on to work at G.C. Murphy’s, James & Law and Hope Federal Credit Union, all located in downtown Clarksburg. For many years, she served as Credit Union manager.
For the past 18 years, she has been widowed. Carl worked as City of Shinnston postmaster, retiring after 30 years of service. The couple did a lot of traveling, visiting several different countries. In recent years, Josephine has flown often to Florida to visit her daughter.
These days, she fills her time with family, visits to her hair stylist and sitting outside on Tom's back deck.
"I just really enjoy my life," she said. 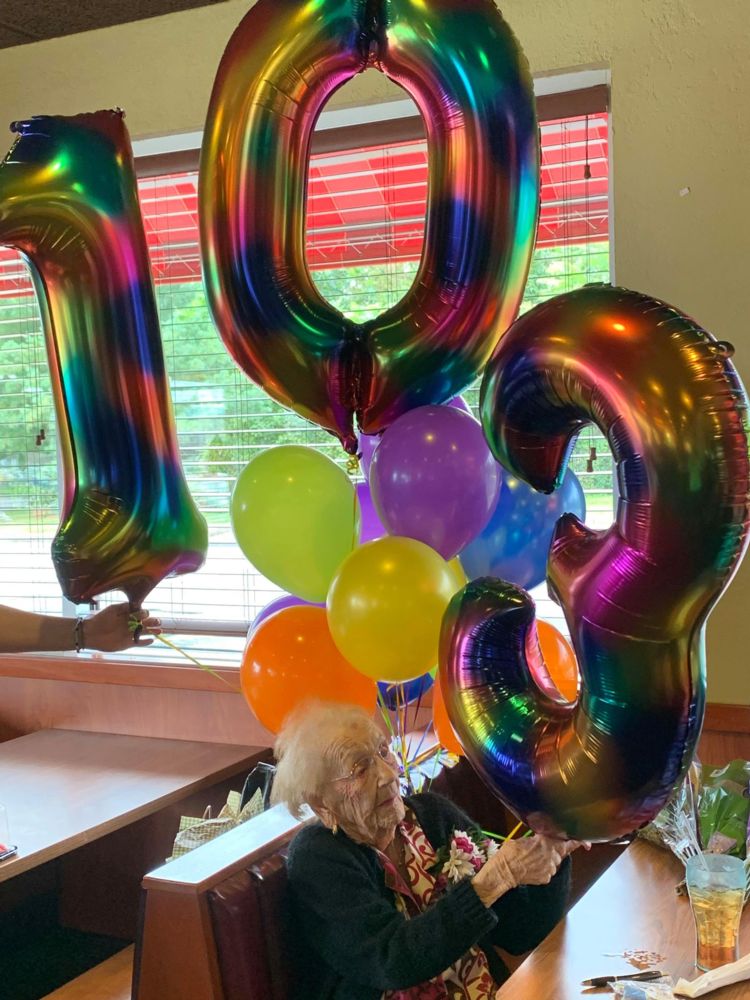 She has tried to live not only a positive life, but a clean one, eating well and taking care of herself. When she turned 100, she said there was nothing wrong with her and her memory was good, and that God must have had a reason for keeping her here.
Those who know her agree.
"She has such a loving, caring and giving heart for everyone she meets! She has great attitude about life and love for family and friends," said Janie Kerrigan, longtime friend. "I feel positive that birthday 104 is going to be another celebration with friends and family."
Attended by family and friends, Friday's celebration took place at Denny's at New Pointe Plaza in Clarksburg, where she and her family ate many Sunday meals. Josephine described the party as "just wonderful."
Photos are courtesy of Janie Kerrigan.