Bruce Keener III and Kailey Wilfong Picked by Faculty as Mr. and Miss BHS for Graduating Class of 2022

Another long-standing tradition at Bridgeport High School will continue at the 2022 graduation ceremony at Wayne Jamison Field thanks to the vote of the school’s faculty.
The school has once again chosen the senior class representatives and Mr. and Miss BHS. Today, a look at the profiles of this year’s Mr. and Miss BHS who are Kailey Wilfong and Bruce Kenner II, respectively.
As is the case with the student representatives, which were released Saturday, May 21, on Connect-Bridgeport, the individuals are chosen 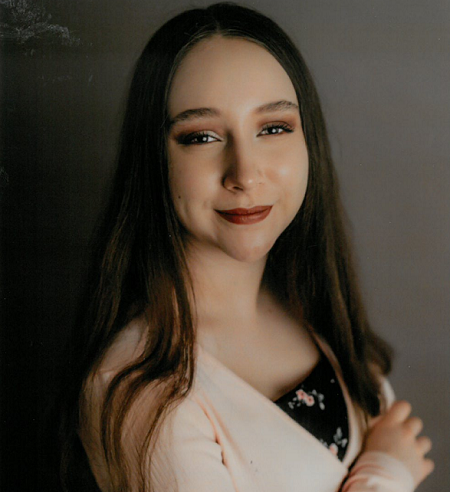 based on academics, character, leadership, as well as involvement in the school and the community. The pair will get to address those gathered for the May 28 graduation.
Here are the profiles as submitted by the students.
KAILEY WILFONG
Kailey Wilfong is a senior at Bridgeport High School. She is a member of National Honor Society, Spanish Honor Society, Spanish Club, and the Bridgeport High School Theatre Program.
Through the NHS, Spanish Honorary, and Spanish Club, she participates in various service activities that aid her local community and communities abroad. In the theatre, she has played the roles of the Young Kangaroo in Seussical and Kelsi Nielsen in High School Musical.
She is also a member of Bridgeport United Methodist Church and participates in the church’s Youth Group and Seraphim Choir. She sings for church services, reads literature for sermons, and provides her talents in the annual pageants and plays performed by the church. She is a finalist for the National Merit Scholarship and is certified as biliterate in Spanish.
She plans to attend Fairmont State University to study Architecture. Her interests include art, music, acting, and mathematics.
She would like to thank her family, including Todd, Ann, and Sean Wilfong, for all the support and encouragement they have given her over the past years. She would not have made it where she is without their help and love. She would also like to show gratitude to the staff of Bridgeport High School, people who have inspired her and pushed her to strive higher throughout her educational years.
This is a great honor, and she is humbled by their support.
BRUCE “RANDY” KEENNER II
Bruce “Randy” Keener II is son of Bruce and Charlene Kenner and is the older brother Jacob Keener. He would like to express his gratitude for receiving this honor of Mr. BHS and would like to thank allof the faculty that helped him to get to this point in his life. 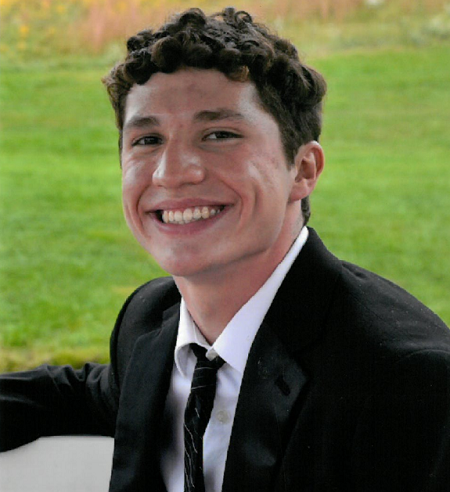 Randy was the President of the Spanish Honor Society this year as well as a member of National Honor Society, Spanish Club, and Aerospace program at the school. He maintained a 4.0 GPA, made honor roll, and was voted student of the month for August. Randy competed and won county math field day and received alternate status at regionals. He was awarded Academic Letters and Lamps each year and AP scholar awards as well. Randy is also a National Merit Scholarship Award winner.
Outside of the classroom, Randy has been a success in the pool as a four-year member of the varsity swim team at the school. Throughout his time om the team he became a 7-time individual state champion and a 5-time state relay champion. He received All-American status his senior year in route to breaking the state record in the 100-meter backstroke. Randy was voted Big 10 Swimmer of the Year all four years and finished with six school records.
Randy has volunteered in several activities throughout the year, including helping with International Fair, Shop for Tots, Angel Luv Adoption, Pulsara Project, and trash pickup. He also helped teach swim lessons briefly this fall and is an active member of the Storm Swim Team. Randy also takes piano lesson with Miss Carla at Kindermusic.
After high school, Randy will attend the University of Findlay in Ohio, where he will study computer science and compete for the men’s swim team.
Editor's Note: Photos courtesy of Bridgeport High School.