By Connect-Bridgeport Staff on September 16, 2020

According to WBOY, A woman has been charged after deputies said they found drugs after a call she was driving a stolen vehicle in Harrison County. 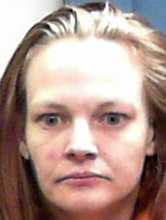 On Aug. 9, deputies with the Harrison County Sheriff’s Department were contacted by Enterprise in reference to a vehicle which had been rented out that had been stolen, but not entered into NCIC, according to a criminal complaint.
Deputies later observed the stolen vehicle driving in East View near the Dollar General and performed a traffic stop on the vehicle which deputies found to be driven by Danielle Satterfield, 33, of Clarksburg, deputies said.
Click HERE for the rest of the story, which includes the discovery of drugs and list of charges, as well as updates if, and when, they become available.