One of Bridgeport’s busiest businesses is about to see some growth, according to Community Development Director Andrea Kerr.
During the last meeting of Bridgeport City Council, Kerr told members that Cubby’s Child Care Center located at Charles Pointe is expanding. 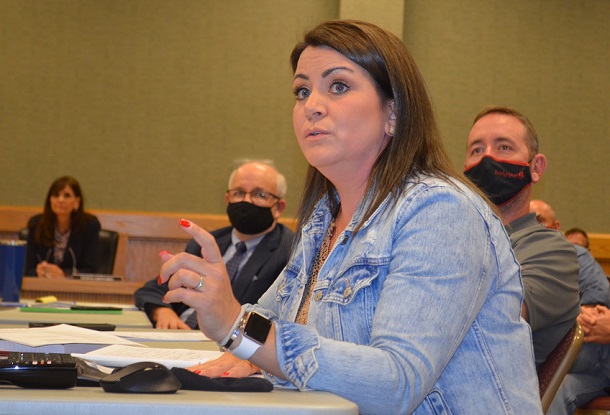 Kerr broke down what will be a seven-figure expansion during a recent presentation of her department’s activities to Council.
Kerr said the new part of Cubby’s will be a 25,500 square foot addition. It will not be a minor project either. Kerr said the addition has a price tag of $3.4 million.
“They do plan on selling their Cherry Street location and moving all of their kids to one location,” said Kerr.
Kerr said the existing building at Charles Pointe will remain. She said a breezeway will connect the existing structure to the one that will be built.
The new addition will be for infants through pre-K. The existing building will be pre-K through school-aged youth. 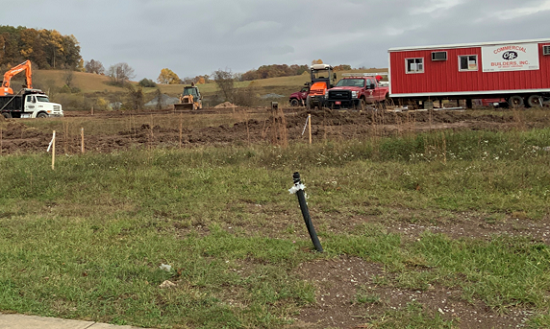 To help facilitate the expansion, Bridgeport City Council will be abandoning a portion of a street in Charles Pointe, Denton Court, by ordinance. Council unanimously approved the abandonment – which has the approval of the developer – during the Nov. 9 meeting. The second reading will take place the Monday (Nov. 23) meeting.
“This is a substantial investment that they are making,” said Kerr.
Editor's Note: Top photo shows Andrea Kerr addressing City Council on the Cubby's expansion, while the bottom photo is of the work site she presented during the Nov. 9 meeting.