The City Parks of Clarksburg has announced chart-topping Christian Music supergroup Newsboys UNITED is set to perform at the Clarksburg Amphitheater on Friday, July 16, 2021.
For more than three decades, Newsboys have been defying the odds. After initially forming in Australia, they landed on American soil with 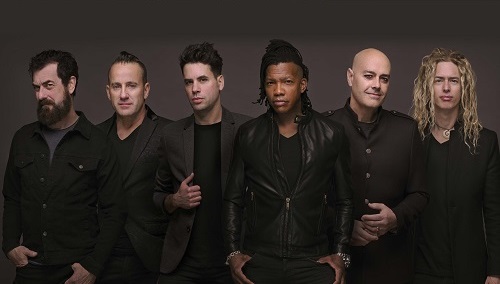 only pennies to their name and eventually became one of the biggest bands in Christian music history. Today, Newsboys have sold more than 10 million units spanning 23 recordings. In addition, they’ve amassed eight Gold certifications, 33 #1 radio hits, four GRAMMY® nominations, two American Music Award nominations and multiple Dove Awards. Through the years, the faces of Newsboys have changed, but the mission has remained the same: One band. One heart. One brotherhood.
Perhaps nothing embodies this mantra more than their current iteration as former members Peter Furler and Phil Joel join Michael Tait, Duncan Phillips, Jeff Frankenstein and Jody Davis for a supersized season of touring and recording that’s ultimately resulted in a brand-new studio project, aptly titled United (FairTrade Services).
Bridging the iconic band’s past and present, United is a signature collection of compelling praise and worship moments and powerful pop tracks. The band officially reunited on the highly-anticipated Newsboys United Tour in 2018 before headlining 2019’s Winter Jam Tour Spectacular—Christian music’s largest annual tour—and then joining Michael W. Smith on a 10-city worship trek. Collectively, they’ve now performed more than 150 shows nationwide. It was only a matter of time before they found themselves in the studio together again.
With signature songs like “We Believe,” “Born Again” and Platinum-certified mega hit “God’s Not Dead,” which birthed a film franchise of the same name, Newsboys have continued to collect career-defining accolades at full speed ahead. Instead, the idea of the blockbuster lineup was birthed naturally through their longtime friendship.
Tickets for the event will go on sale at 10am on Friday, June 11, 2021. Advance tickets will be available by visiting www.ClarksburgAMP.com or by calling 866.973.9610. Advance tickets will be $30 for general admission, $40 for reserved seating and $45 for premium seating, which will include the first 7 rows from the stage. Day-of-Show tickets will increase $5 for each section and will be available at the venue unless they sell out prior to the event.For more information and future announcements about upcoming events, be sure to visit www.ClarksburgAMP.com or call 304.624.1655.