Earth has been moving since last year. Budgeting and planning go back more than two years. Discussion on it goes back further than that.
Monday, for those that have been wondering, the final plans for the Bridgeport (Indoor) Sports and Recreation Complex will be revealed. And 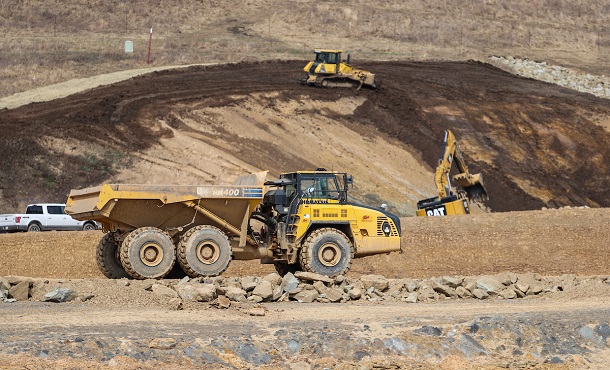 the public is invited to attend a regular – and special – meeting of Bridgeport City Council.
While it’s a regularly scheduled meeting, the gathering won’t take place at the Bridgeport Municipal Complex. Instead, the meeting will take place at the Bridgeport Conference Center to allow for more spectators to attend.
The meeting will begin at its regular 7 p.m. time frame. A work session will be held at 6:30 p.m.
“We’re going to actually drill down to what we’re going to get. In the past, there’s been components such as knowing there’s going to be basketball courts, a pool and indoor turf along with a concessions area. Monday, we’ll be talking about how many seats, the size of the pool, how many courts, how many walking trail lanes and even the snack area size,” said Bridgeport Mayor Andy Lang. 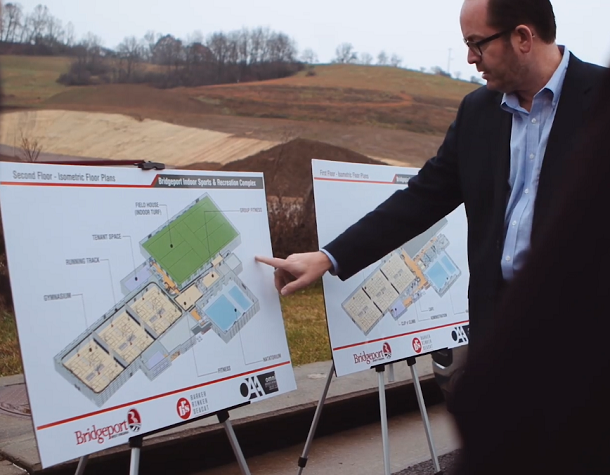 Richard Forren, a Bridgeport resident and architect with Omni Associates of Fairmont, is hoped to be on hand for the discussion, said Lang. But, there’s also something beyond the discussion that should draw plenty of interest.
“Omni has produced a virtual walk through of the facility. We’ve seen representations of it and they’re finalizing it with colors as it’s actually going to look,” said Lang. “It’s pretty impressive because the way it’s set up it shows how the building looks going through it from eye view. If you’re above the courts and look down, you’ll see the courts. It’s impressive.”
Lang said the move to the Conference Center is to allow for an expected good turnout. He said Bridgeport City Clerk Donna Krivosky has reached out to local elected officials and city and county commissioners, mayors and others from surrounding communities to attend the meeting as well.
“It’s going to say Bridgeport on it, but this is going to be a North Central West Virginia facility,” said Lang. “We hope to have a lot of people pass through this region and hope to see the entire region benefit because of it.”
A preview of other business from this meeting later this week on Connect-Bridgeport.com.