By Connect-Bridgeport Staff on January 16, 2020

According to this report from WDTV, a Shinnston man was arrested after police say they found sexually explicit videos of an underage girl on his phone.
On Sept. 10, Bridgeport Police officers responded to Barnetts Run Road for a man passed out in the parking lot, according to the criminal complaint 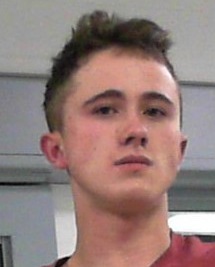 .
The man, identified as 20-year-old Trenton Duckworth, had crystal methamphetamine on him, police said.
While police were talking to Duckworth, a text message came across his phone requesting the delivery of meth, according to court documents.
Police say they took Duckworth's phone as evidence. A search warrant for a forensic digital examination was served on Sept. 17.
On Oct. 25, police reviewed the forensic digital information from Duckworth's phone.
Police say they found multiple sexually explicit videos of Duckworth and an unidentified girl. They were able to confirm that the girl was a minor when the video was recorded.
A second search warrant was obtained on Nov. 4, police said. They confirmed Duckworth had 28 sexually explicit videos of an underage girl.
Police got a warrant for Duckworth's arrest.
Duckworth has been charged with possession of material depicting minors engaged in sexually acts.
Click HERE for updates if, and when, they become available.