FROM THE OFFICE OF THE UNITED STATES ATTORNEY, NORTHERN DITSRICT OF WEST VIRGINIA
A Monessen, Pennsylvania, man was sentenced today to 97 months in federal prison for traveling from his home to have sex with a child 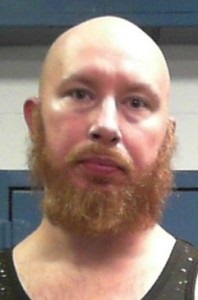 from Bridgeport, West Virginia.
According to court documents, Mark Sassak, Jr., age 38, began talking with whom he believed to be a 15-year-old female through a social media app. That conversation continued through text messages on his cell phone for several weeks. Sassak then asked for an in-person meeting to have sex with the 15-year-old. Sassak drove from his home in Pennsylvania to a location in Bridgeport, West Virginia in October 2020 for said meeting, where law enforcement arrested him. When a search of Sassak’s cell phone was done, officers found multiple chats with suspected minors and child pornographic videos.
After a three-day trial in December 2021, Sassak was found guilty of one count of “Travel to Engage in Sexual Activity with a Minor” and one count of “Possession of Child Pornography.”
The Bridgeport Police Department investigated the case.