Less than a week after the public was notified the City of Bridgeport was a ransomware attack, a resident came to Monday’s City Council meeting searching for answers above a letter sent out by the city to those impacted by the attack.
The commentary to Council by resident Joseph Earley was about half of the 30-minute meeting. The questions, which were direct and cordial, were a precursor to the filing of a Freedom of Information Act request to get answers to questions Early said after the meeting.
Earley’s comments came as a result of the letter. In that letter, many received in the first week of September, it stated the attack took place in late May 2021. The letter explained to residents and others who may have been doing business with the city that “some of your 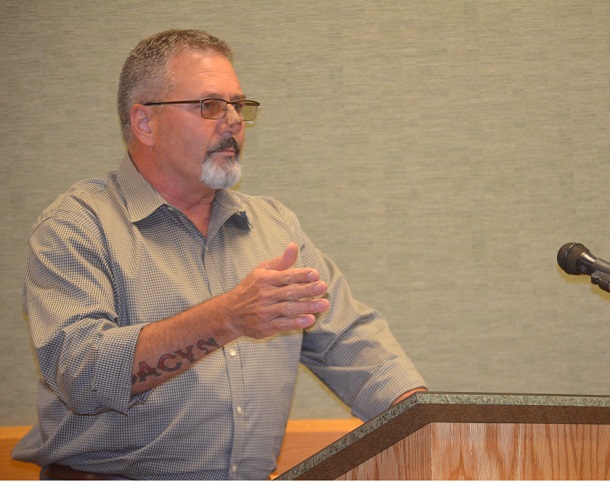 personal information may have been affected by this incident. In particular, the threat actor claims that it extracted data, possibly including personal information, from our systems.”
The information could include social security numbers, driver’s license numbers, individuals’ dates of
birth, and home addresses.
While the city cannot say for sure what may or may not have happened to the information, it did offer free credit monitoring for a year. Earley took exception that, as well as multiple other items, and not just as a resident.
Earley is retired from the military and worked in military intelligence. He also has college degrees, including a master’s degree in technology management with information security emphasis among other credentials. Earley said he currently works in the cybersecurity industry and has for nearly 15 years.
“I got the letter, and I was pretty upset,” said Earley, who then laid out his reasons why.
His first issue of concern was the time it took for the city to notify residents. He said it took more than three months, which he believed was entirely too long.
“The citizens of Bridgeport and other impacted residents that no longer live here that were impacted by any data lost had a duty to be informed. A hundred days is a long time in my world that I work and breathe in every day to notify impacted users of a breach,” said Earley, who wanted to know why it took so long.
Earley suggested the city should invest in cybersecurity personnel. He said it is a 24/7 job. He also said offering the one-year credit 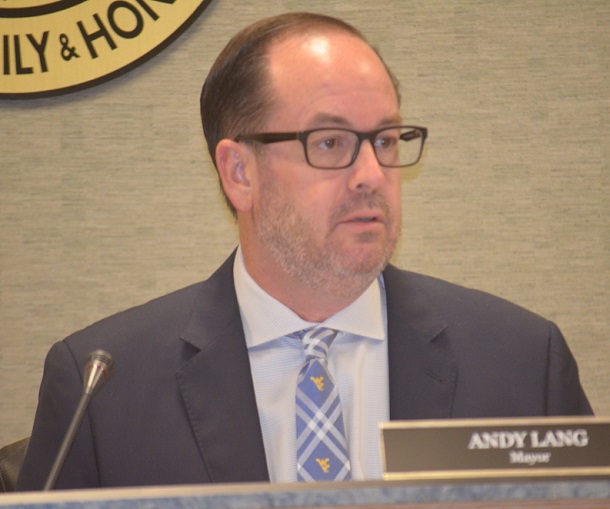 monitoring was not good enough.
“I can never regain control of my PII (personal identifiable information). It’s out there. It’s gone. It’s not in the hands of criminal,” said Earley, who said that information very well could be out on the dark web.
A suggestion was made by Earley that city staff, Council members, or anyone with a city computer take IT security awareness training. He said someone clicked on an email or was on a Web site they should not have been on to allow the ransomware attack.
“That impacted me. Right now, in this room, I’m the voice of the taxpayer … I’m angry and I want answers,” said Earley, who later asked to be told what happened if the city “was not legally constrained.”
Following the presentation, Lang thanked Earley for what he described as “constructive criticism.” After the meeting, Lang said he would have answers to the questions presented at a “later date.”
After that, the meeting was uneventful. One item that drew attention last year and has had some wondering this year, is the status of Trick or Treat for 2021 with the COVID pandemic still in play even though the city did Trick or Treat in 2020.
The date for Halloween Trick or Treat activities in the city will be Saturday, Oct. 30. Due to school on Monday, most cities – including Bridgeport – have typically shied away from holding Halloween on Sundays. Fridays, due to high school football, has also been a reason for Bridgeport to move the date in the event in fell on that day.
As for the time, it will run from 6 p.m. to 7:30 p.m. with City Manager Randy Wetmore saying the date and time was the same as Clarksburg’s activities. That has been the standard time frame for many years.
The vote on the matter was unanimous. Council member Jason Campbell was not in attendance.
The only other item Council acted on in an official capacity was contracting with WesBanco Bank’s Investment Advisory Services by way of a resolution. The contract comes after the city solicited proposals from lending institutions and will handle items relating to various funds. Funds could include the contingency fund, rainy day fund, cemetery fund, and many others throughout the city. Council member Jeff Smell said three agencies bid on the contract.
There was no work session prior to the meeting. Council did also not go into executive session following the first of two September sessions of the city’s governing body. The invocation was given by Rev. Alan Rosenberger of the Hepzibah Baptist Church located on Meadland Road.
Editor's Note: Top photo shows Joseph Earley, while Mayor Andy Lang is shown below.