City Resident who Owned Multiple Businesses and was Shriner, Richard Domas, Passes at Age of 47

By Connect-Bridgeport Staff on December 03, 2019

Richard Paul Domas, Jr., 47, of Bridgeport, passed away unexpectedly on Wednesday morning, November 27, 2019.
He was born in Clarksburg on July 4, 1972, a son of Richard Paul Domas, who survives in Mankato, MN, and Susan Bennett, who survives in Clarksburg. He was the stepson of the late Walter Johnson.
He is also survived by his wife, Kristen (George) Domas, whom he married June 25, 2005. Together, they have a son, Radley Wayne Robert Domas.
Additionally, he is survived by his sister, Jennifer Tucker and her companion Brad James, Charlotte, NC; his in-laws, Victor and Terry George, Shinnston; his sister-in-law, Keely Tichenor and her husband Bill, Bridgeport; his brother-in-law, Clint George and his wife Amanda, 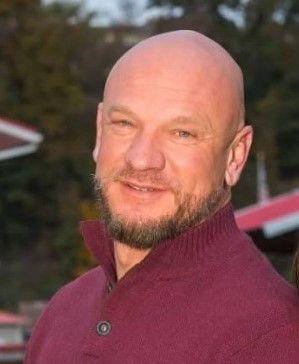 Shinnston; and four nephews, Teigen George, Peyton Tichenor, Gavin Tichenor, and Ryan Tichenor; and a stepsister, Melissa Johnson.
Richie was a graduate of Lincoln High School and then served 8 years in the U.S. Army. He worked at Fritz-Rumer-Cooke Co., before starting his own Horizontal Directional Drilling Company, East Coast Underground LLC, in 2005. He is also the co-owner of Tool CO.
He enjoyed spending quality time and traveling with his family. They took many trips to different places. Richie always wanted the best for Kristen and Radley. He took great pride in providing everything that they could ever want or need. He was a loving and caring husband and father. When he had free time, he wanted to spend it with them doing something fun; he never wanted to just sit around. Richie enjoyed teaching Radley how to ride his dirt bike, drive the boat and taking him for a ride in his fast cars. He and Kristen rode motorcycles for many years, Radley got his first ride this summer. Radley loved going to the Wonder Bar with his dad and flying in his plane. They spent many hours cuddling and watching movies, oftentimes fighting over the remote.
He was a Master Mason of Hermon Lodge #6 AF & AM, Clarksburg, with membership in Adoniram Chapter 11 RAM Clarksburg Commandery #13 KT; 32nd Degree Scottish Rite Clarksburg Valley, and member of Nemesis Temple of the Shrine, Parkersburg, and North Central Shrine Club, Clarksburg.
Richie had a lot of fulfillment in working and taking on a challenge. He truly had no quit in him. He always wanted to help the underdog, and wanted to see people succeed. He considered those that worked for him to be special people. There are too many people to name that Richie respected and thought highly of. Everywhere Richie went, he always made a friend.
In lieu of flowers, memorial contributions in Richie’s name are asked to be made to Emmanuel Christian School, 1318 N. 16th Street, Clarksburg, WV 26301.
Friends will be received at Burnside Funeral Home, 607 S. Virginia Avenue, Bridgeport, on Sunday from 4-8 p.m., and on Monday from 2-8 p.m. Services will be held at the funeral home on Tuesday, December 3, 2019, at 11 a.m. with Pastor Cindy Boggs presiding.