Although new commercial construction is not near numbers in the past for Bridgeport, there is a new wave of construction activity in the city in the last few months as the COVID-19 pandemic is still in place.
During Wednesday’s meeting of the Bridgeport Development Authority, Community Development Director Andrea Kerr said her office is dealing with a trend that she believes is reflective of the Coronavirus. 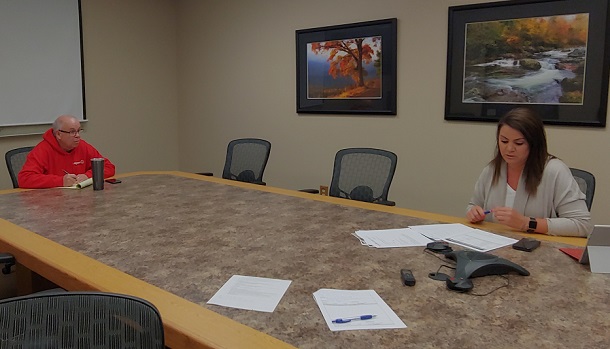 “We’ve had a ton of residents making improvements to their homes,” said Kerr.
Along with improvements, there have been additions to homes as well. The additions happen annually, but not to the level they are happening at right now.
“The highest dollar amount (in permits) we’ve seen since March is that we have almost $500,000 in pools,” said Kerr. “I think people are realizing summer may not be what it typically is.”
Kerr said the number of new pools being built is right about at nine. She said there are currently discussions and questions being answered for the possibility of three or four others at the moment. Kerr said she expects even more.
“That (number) will be even higher in the next month,” said Kerr
Typically, Bridgeport sees several big permits every month, including several each year well into the seven-figure range. Since the Development Authority’s last meeting on Feb. 12, about a month prior to the pandemic announcement, Kerr said the biggest permit was just above $100,000.
“The highest we’ve had since the last meeting is for paving. The permit was for $133,000 for Center Branch Church,” said Kerr.
Kerr said work on homes by Dan Ryan Builders in the Worthington Drive area and Parkview Village sections of Charles Pointe is also moving ahead. The work is on eight new homes that had permits acquired since Jan. 1.
Wednesday’s meeting of the Development Authority was held by conference call. More from the meeting in the days ahead on Connect-Bridgeport.
Editor's Note: Community Development Director Andrea Kerr, right, listens in on a conference call with members of the Bridgeport Develoment Authority, while City Manager Randy Wetmore is shown to the left.