City of Bridgeport Not Immune from Rising Gas Prices and its Near Universal Impact on Goods, Services

The rising price of gas is having an impact on nearly every aspect of life. Municipal governments do not appear to be the exception.
Recently, Bridgeport City Manager Brian Newton said that very topic was brought up in a staff meeting. And he said it is impacting the city.
“We’re getting close to the end of the fiscal year and anticipating a small budget adjustment at the last (City Council) meeting in June,” said Newton last week. “There will likely be discussion on it at that time which is an opportune time to discuss the impact.” 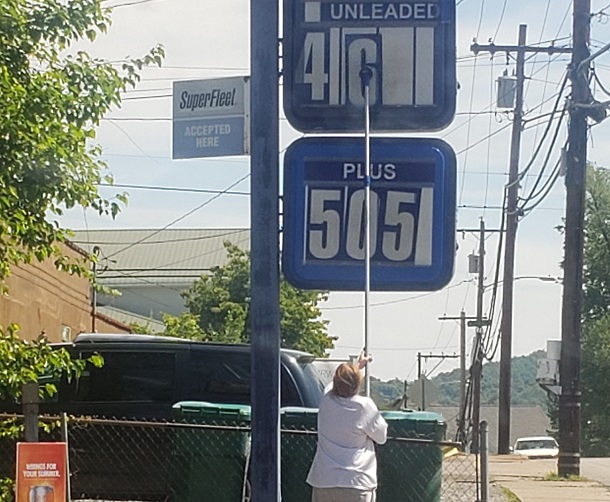 The good news, according to Finance Director Sharon Hinkle, a budget revision on gas will not be needed. She said, this week, the city will be able to weather the storm through the end of the fiscal year July 1.
“Our departments are adjusting their supplies for fuel and using dollars from items such as contracted services to compensate for the additional cost of fuel,” she said. “Basically, they are moving dollars from one area into another.”

Hinkle, no stranger to finance despite being new to the city, said it is still impacting the city. And she has agreement on that from Newton.
While Newton is new to Bridgeport’s government, he is not new to managing city government or working with budget documents. He said issues with gas is not the result of lack of foresight.
“I am not aware of anyone anticipating this situation when the budgets were planned out. I’ve done budgets for a long time, and this is certainly something I have never seen,” said Newton.
Bridgeport has many line items in their general fund budget for each department that features fuel consumption. For groups like public works, the fire department, and the police department, parks and recreation there is no way of cutting back usage because those departments provide ongoing public services. 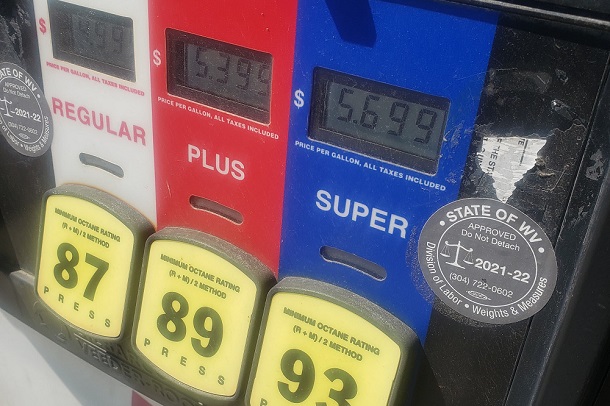 “I am sure budgets relating to fuel have been exceeded, especially in a department like public works where you always have so many unknowns relating to going out,” said Newton.
The fuel prices, he said, have impacted just about everything else in the city’s budgets as the costs of goods and products utilized by the city have risen. As gas prices continue to rise, that will likely stay the same.
“I would imagine this has had as much an impact as anything, not just for us, for any level of government during the last couple of years,” he said. “It has been an issue in just about everything, and you add into issues everyone is having with backlogs in needing items, supply chain delays, and it has been a bit problematic even as we’re addressing it the best we can and may have to address it moving ahead.”
Hinkle said address it for the upcoming fiscal year is on the table.
“We may very well and go back to look at numbers projected for this coming fiscal year’s budget and look forward to the impact,” she said. “We may need to address it because the planning for this budget started in January, and this was not an issue when the budget was approved. It was not planned for because no one knew it was coming.”
As for the actual cost for the city, through June 22 of the current fiscal year, Bridgeport has spent $235,747.36 on gas. Last year, that total was $155,073.90 – an increase of $80,673.56.
Police, fire, and public works make up the lion’s share of the increase. Police has jumped $29,651.41 (from $73,941.41 to $103,593.12), fire is up $18,566.01 (from $26,089.31 to $44,655.32), while public works is up $14,397.98 (from $31,399.68 to $45,797.66). Again, those figures are based on numbers through June 22.
Editor's Note: Photos show the rising prices of gas at the pump and on the billboards showing the prices.