When Joe Shuttleworth began at Parks and Recreation, Bridgeport was beginning one of the biggest projects in the city’s history.
“When I started in January 1995, they were starting City Park, which actually began the November prior to me beginning,” said 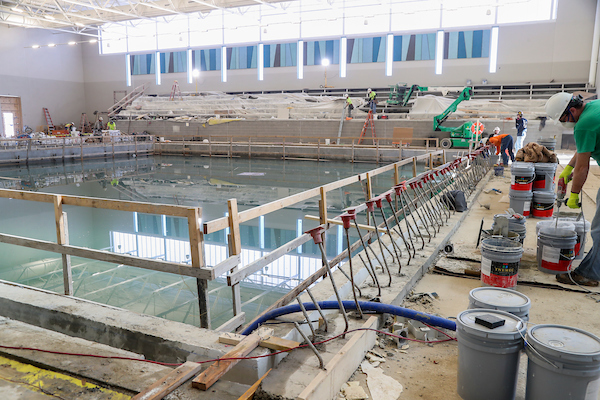 Shuttleworth. “The bridge to get there was in place and then the work on the park began.”
Fast forward 26 years, Shuttleworth recently took over his second position with Parks and Recreation. He is now the director of the city department and he is overseeing a large portion of yet another project. This one, without question, is the biggest project in the city’s history.
Shuttleworth has been the front man for The Bridge, the city’s indoor sports and recreation complex. The entire project has a price tag of roughly $50 million.
Although Shuttleworth worked for years with previous director Don Burton on the development of the city’s trail system, the outdoor portion of the Bridgeport Recreation Complex, the sprayground at 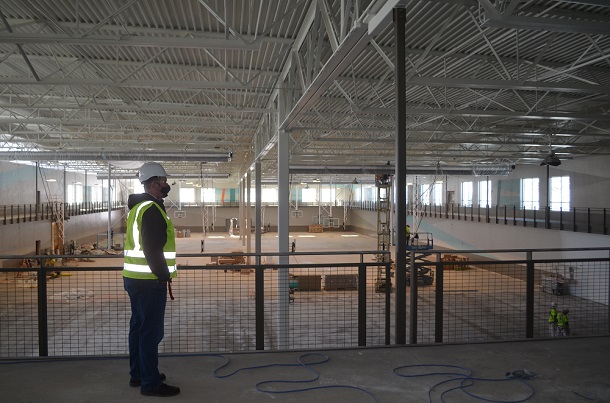 the Bridgeport City Pool and a host of others, this project dwarfs them all in comparison.
“Not at all,” said Shuttleworth with a laugh when asked if he thought he would see a project of this magnitude in Bridgeport.
Now it is happening. And chances are still good operations could be in place by June.
“It’s happened because compared to a lot of small communities in West Virginia and even larger ones, we’ve been blessed with resources and a sound budget,” said Shuttleworth. “The foresight of Council over the years, who have always been pro-community oriented, has led to this because they have been progressive in making sure there are things within the community.”
Now, there is about to be something massive. There will soon be a 156,000 square foot recreation facility sitting on 100 acres – and that is opposite the baseball and multi-use acreage already in place – just off of Route 131.
“There is space outside of the building that is going to be developed as well,” said Shuttleworth. 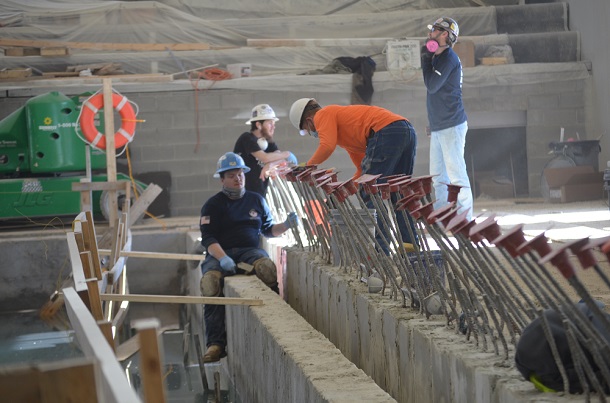 As for the inside of The Bridge, Shuttleworth said between 75 and 80 percent of the interior work is done. The exterior, he said, is essentially complete.
“There are still sidewalks, parking lot work, landscaping and things such as working on a traffic plan that has to be done, but the exterior is basically finished,” said Shuttleworth. “The funny thing to me is it looks smaller from the road than it does once inside. You can’t see the depth of it; you have to be inside to feel how it sits into the hillside.”
Once inside, there are plenty of recreational options. There is a 25-yard x 25-meter competitive pool along with a warm therapy style pool; an indoor turf facility that is approximately 45 x 75 yards; six gymnasiums with overhead basketball and volleyball courts that can be converted for other activities such as pickleball; a climbing room; an elevated walking track including a smaller part of it that allows a view 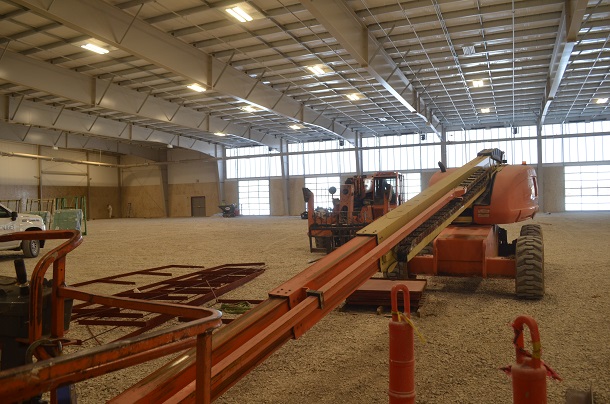 of the entire facility; a fitness center; a group fitness room; and more.
“There’s nothing like it around here. It’s a game changer,” said Shuttleworth. "The best part is that it is all coming together. You have to see it to believe how impressive it is."
Shuttleworth and The Bridge General Manager Droo Callahan have been working on operational procedures, as well as hiring staff from the local area and abroad that he said, “is meshing together to really help assure this facility will be a special place.” He said the collaboration between all involved is impressive.
“This is a huge undertaking for the city; and that’s not just Parks and Recreation. The administration and practically every other department has done their regular duties and have helped here,” he said. “At times, with something this size, it is overwhelming.
“This will be worth all of that in the end, and it’s unbelievable to see how everyone has pulled together to make this happen,” Shuttleworth continued. “The benefits are going to be huge locally for our residents and the impact when we bring in events economically for our businesses should be equally huge.”
Check back in the days ahead for a full gallery of images from work in progress at the facility.
Editor's Note: Top photo shows workers trying to get the competition pool closer to completion, while work is also being done on the pool in the third photo. The second photo shows Parks and Recreation Director Joe Shuttleworth overlooking the large area that can have six regulataion basketball courts and volleyball courts as well as space for other activities. In the bottom photo, the large area that will host the indoor turf section is shown. Top photo is by Ben Queen of Ben Queen Photography.