Clarksburg City Councilman James "Jimmy" Malfregeot, who was shot in a carjacking in front of his Clarksburg home Sunday, has had his condition improve, according to an official from J.W. Ruby Memorial Hospital in Morgantown.
“I’m pleased to report he is in fair condition,” said Heather Bonecutter, a communications specialist with the hospital. 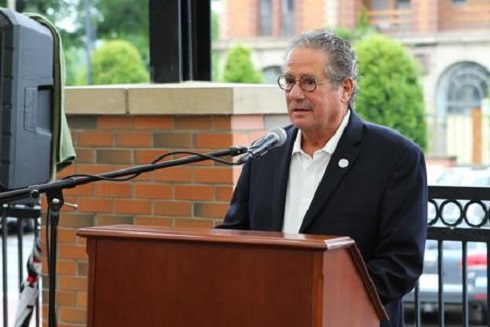 Since being taken to Ruby Memorial after the shooting Sunday, Malfregeot’s condition has gone from critical, to serious, and now fair. Bonecutter said a “fair” condition is defined as the patient’s vital signs are stable and normal, they are conscious, but he or she might be uncomfortable.
Bonecutter added that with a condition of fair, the indicators for recovery are favorable.
Bridgeport Police and the Harrison County Sheriff’s Department arrested the suspect, 33-year-old Antonio Dejesus of Wilmington Delaware, at the Black Bear Express off Saltwell Road and just off Interstate 79.
Dejesus is currently in the North Central Regional Jail. The jail Web site lists that he is being held on $100,000 bond. Clarksburg Police Chief Mark Kiddy said Monday the suspect has been charged with first-degree robbery, malicious assault, and there are other charges pending.
Police say Malfregeot was shot trying to stop the carjacking. He heard screams from his wife and his mother-in-law who were leaving their driveway and ran out to help them when the shooting took place just after 7 p.m. Sunday.
Eventually, Dejesus released the pair on Crooked Run Road. He was captured a short time later in Bridgeport and Clarksburg Police eventually took him into custody.
Click HERE for the story from Monday's press conference on the situation.