Council Allocates Funds for City Police Officers at UHC, New Roof for Benedum Center; Scoreboards on Way to The Bridge

City Council unveiled plans for the use of the balance from the City’s General Fund Budget during Monday’s regular meeting at Bridgeport City Hall. 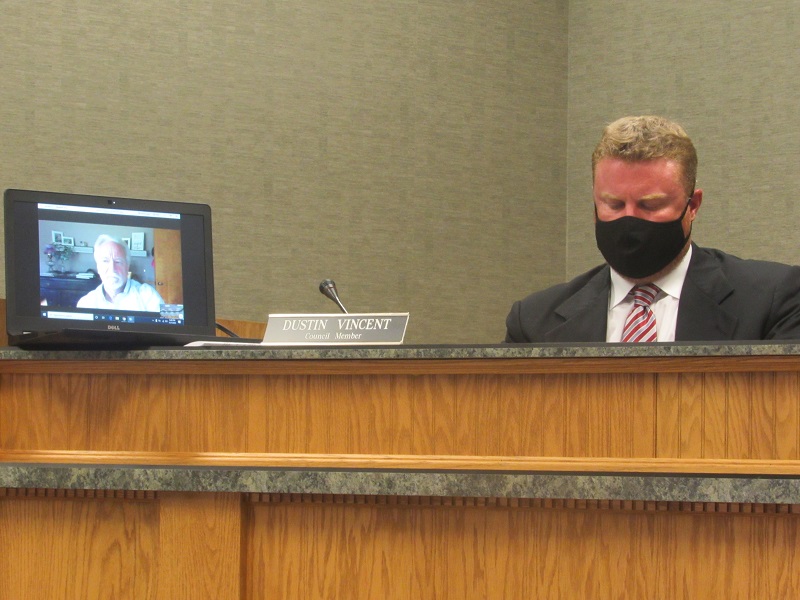 A unanimous roll call vote by Council approved the General Fund Budget Revision No. 1 to allocate the fund balance.
"We are going to allocate about 2.9 million dollars,” Councilman Robert Greer said. "Generally speaking, that’s going to go into our rainy day fund which the City will have at the conclusion of this about 5.2 million dollars in the rainy day fund for anticipated issues.
“We are also budgeting for the placement of two police officers at the United Hospital Center.
Council had previously approved that the City would provide a police presence at UHC but those plans were put on hold in April because of the COVID-19 pandemic. Read more about that decision HERE.
Funds were also allocated for the Benedum Civic Center and the property just outside of the Bridgeport Recreation Complex. 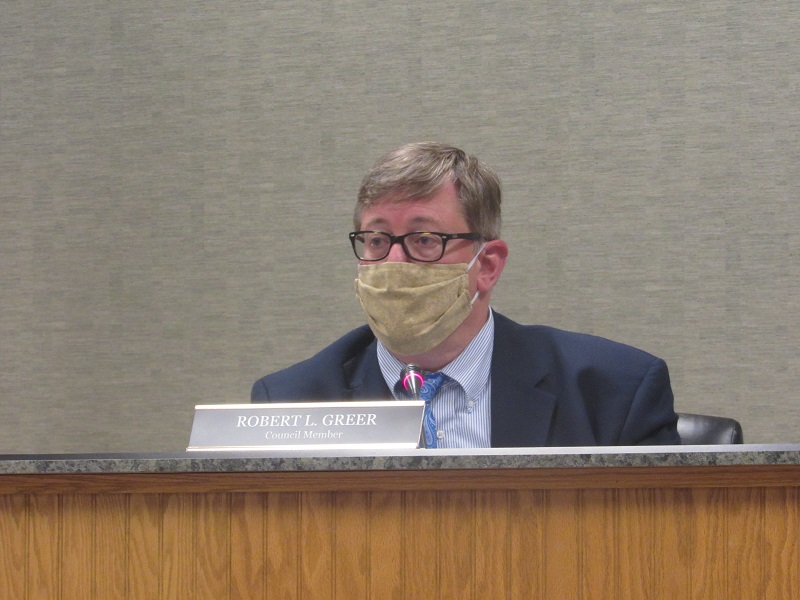 “We are going to put a new roof on the Benedum Center,” Greer said. “That’s another 150,000 dollars as well about 165,000 dollars for two capital construction projects out at the property at the base of the entrance to the rec complex. An additional $1.4 million will be placed in a contingency fund.”
The first two items on Monday’s agenda both centered around The Bridge Sports Complex. First, Council approved the June payment of $2,082,149.42 to The Albert M. Higley Company out of Cleveland for ongoing work on the indoor facility.
Seven different scoreboards are on their way to The Bridge as Council approved a contract with Nevco Sports, LLC out of Chicago in the amount of $39,799.93 plus a 10 percent contingency of $3,979.99.
Six of the scoreboards will be for basketball/volleyball/wrestling use while the seventh is for football/soccer on the indoor turf.
“The outdoor complex, the baseball fields they all have Nevco scoreboards so staff is used to those type of scoreboards and they have been very good for us,” Councilman Don Burton said.
Council approved one reappointment and two appointments during Monday’s meeting.
Michael Moore was reappointed to the Bridgeport Fire Civil Service Commission for a term of four years.
Karen Myers Braun and Jenna L. Robey were both appointed to the Bridgeport Building Commission for a term of three years.
Also at the meeting, Council authorized City Manager Randy Wetmore to retain services of special counsel for a personnel issue.
They also authorized Wetmore to execute an indefeasible right to use 59 miles of optic fiber agreement with CityNet. 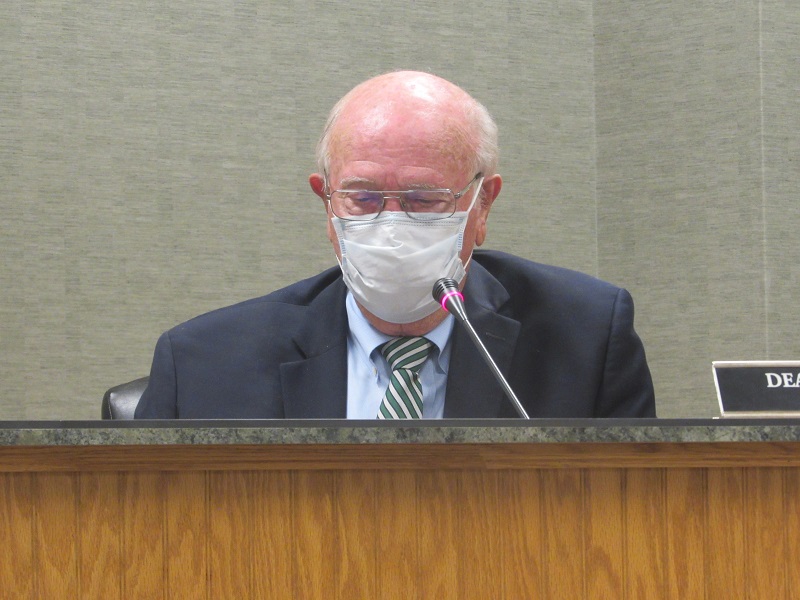 “Basically, the City is purchasing the indefeasible right to use about 59 miles of fiber optic cable which connects all of the city’s facilities from the rec complex to the library to the fire department to the police department, city parks, civic center,” City Attorney Dean Ramsey said. “All of these facilities are connected by fiber optic cable which all comes in directly to the City. The City is buying the indefeasible right to use those fiber optic cables for a period of 20 years or for the life of the optic fiber, whichever is longer.”
Council went into executive session during the beginning of the work meeting and at the end of the regular meeting to discuss personnel issues.
The next regular meeting is scheduled for Aug. 10.
Editor's Note: Top photo shows Councilman Dustin Vincent in the chamber halls, with Councilman Don Burton joining via video conference. Second photo is of Councilman Robert Greer and bottom photo is of City Attorney Dean Ramsey.