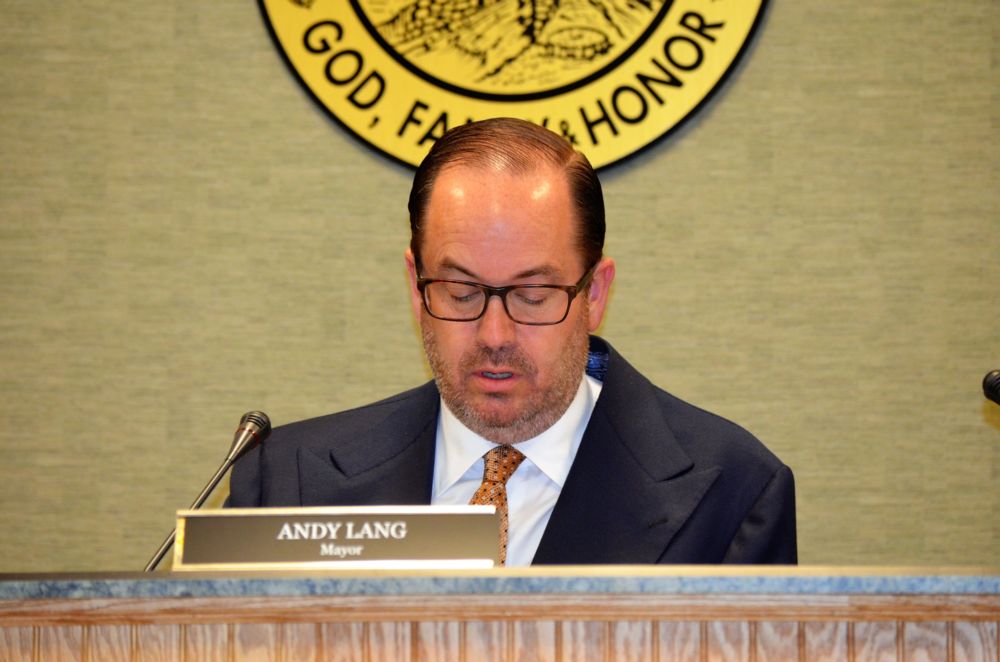 (Editor's Note: Following is coverage of Monday night's Bridgeport City Council meeting. Also read story about Council offering contract to Georgia's Randy Wetmore to serve as new city manager HERE.)
Monday night, Bridgeport City Council voted unanimously to award a contract to Bear Contracting for site development on city property along Route 131.
Mayor Andy Lang read a memorandum from City Engineer Beth Fox, indicating that two bids were received for the project; one from Bear Contracting in the amount of $210,367.50 and one from Green River Group in the amount of $263,694. It was Fox’s recommendation that Council award the contract to the low bidder, Bear Contracting, with a 10 percent contingency. The property, purchased from the Benedum Airport Authority, is located just across from Forrester Boulevard, the entrance to Bridgeport Recreation Complex. 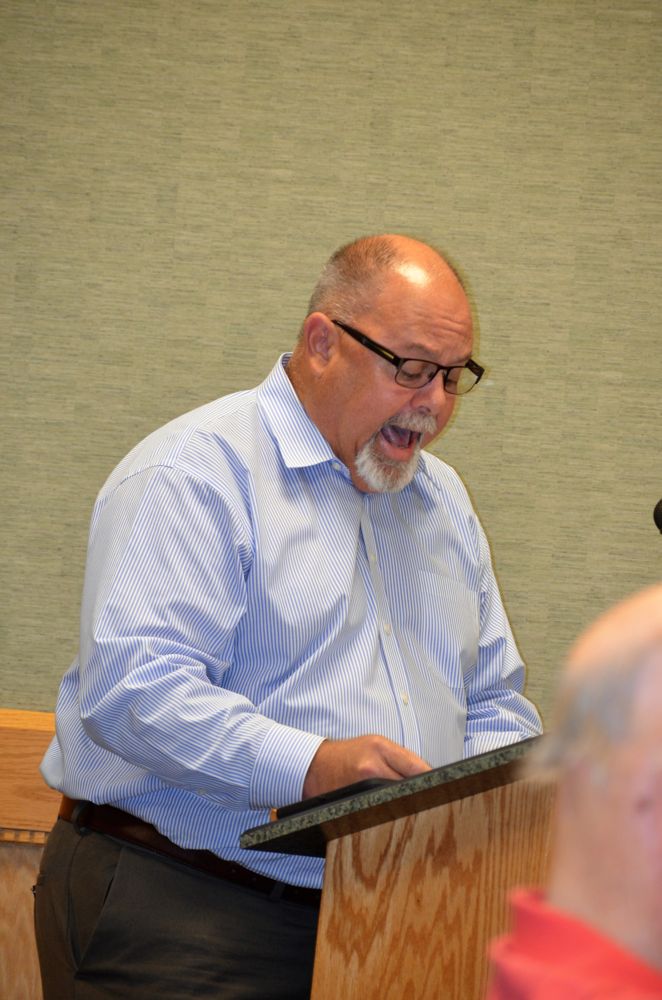 Bridgeport resident Mark Rohrbaugh spoke once again in favor of City Manager Kim Haws. Haws, who was not in attendance at Monday’s meeting due to an out-of-state family event, only has until the end of the month to serve his position. Council voted in January not to extend his contract. Before Council met in executive session to discuss Haws’ potential replacement, Rohrbaugh addressed members of Council. He had obtained documentation from the city through the Freedom of Information Act “FOIA” and said according to his findings, Council has not been abiding by the city charter.
“I take great pride and support our community and its success and the many documents made available to me under a FOIA request make me sad to see this type of City Council action taken to achieve personal satisfaction,” he said.
Rohrbaugh urged residents to exercise their rights to vote Tuesday, striving to put into office individuals who will abide by the charter and look out for the best interest of the city and its residents.
“This election is your opportunity to influence change in Bridgeport and let your voice – by your vote – be heard,” he said.
Council also approved three budget revisions. Finance Director Monica Musgrave provided an explanation for each.
A general fund budget revision in the amount of $2.5 million included revenues from B&O tax, hotel-motel tax collected, and additional revenues collected through earned interest, Friends of Parks donations, building permits and various other miscellaneous revenues.
“Expenditures supported with this revision were items submitted by department heads and pulled from the original (fiscal year budget to be considered with one-time monies and additional revenues collected,” Musgrave said.
Included are escrow funds for the construction of a public safety complex in the amount of $500,000, escrow funds for renovation of Main Street Fire Station in the amount of $750,000 and stormwater objectives in the 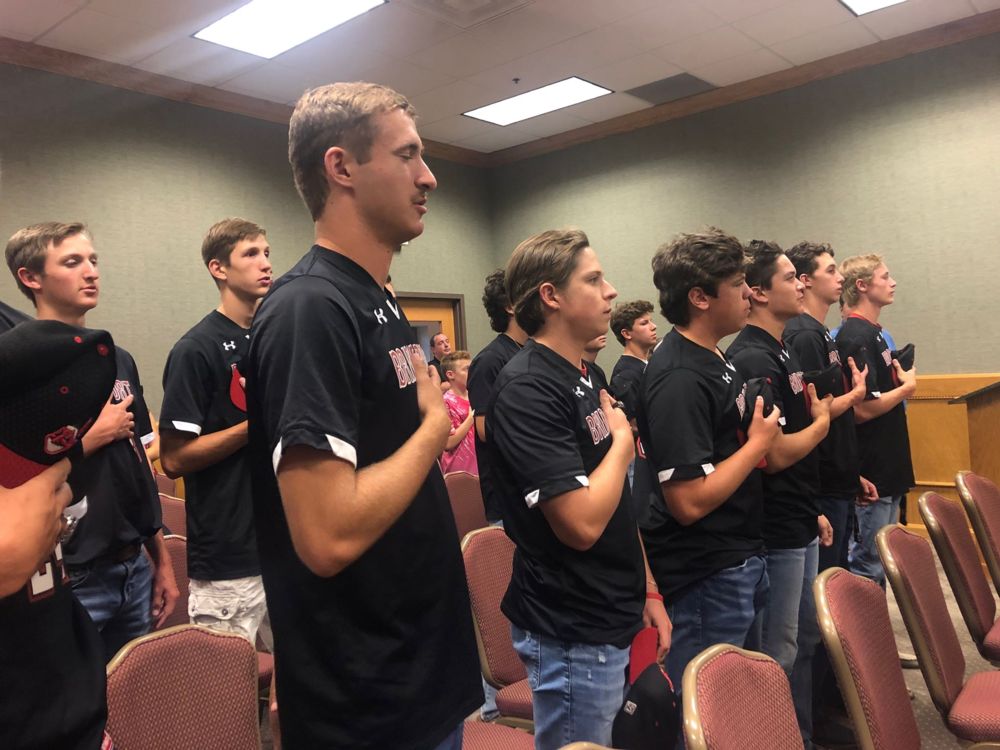 amount of $250,000, among other projects. Fifty percent of hotel-motel tax is distributed to the Greater Bridgeport Convention and Visitors Bureau and 50 percent for park development. The amount of the budget revision was $2,516,098.
A coal severance tax budget revision in the amount of $1,733 offsets revenues from coal severance receipts with legal fees for the city, Musgrave said.
Also approved was the cemetery fund budget for the 2019/20 fiscal year in the amount of $397,152. Monies are derived, Musgrave said, through sale of monuments and other cemetery transactions.
“This is purely an operating budget at this point and time as revenues are not that high from what is being brought in with those types of services,” she said. 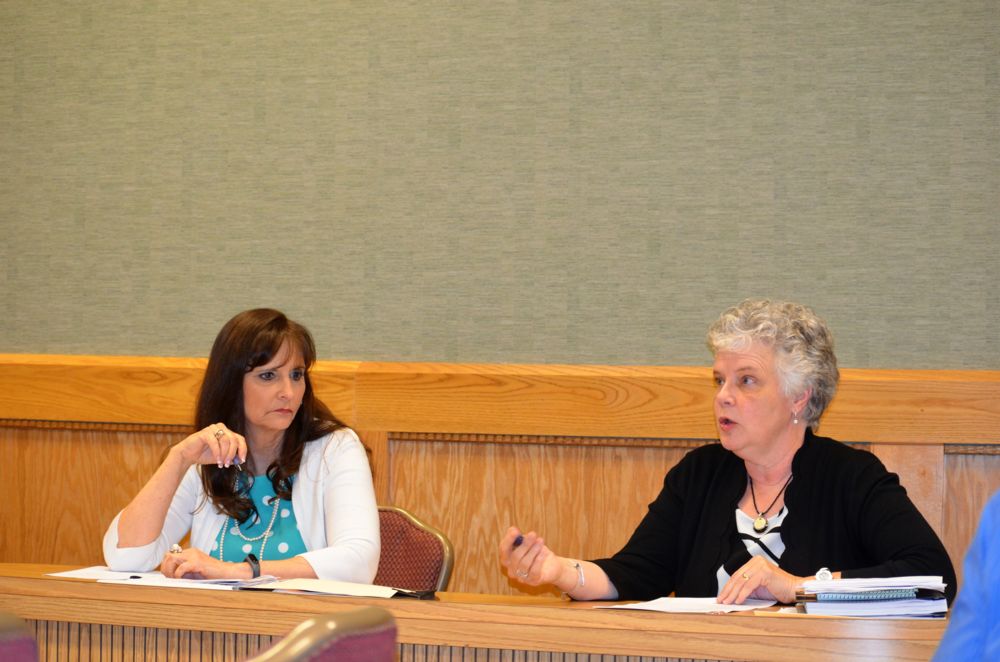 Monday’s agenda also included the reappointment of Ken Curry to the Bridgeport Utility Board.
“I’ve had the benefit of serving with Ken for several years and he is a tremendous asset,” said Council member Bob Greer. “I would encourage everyone to support his reappointment for another five years.”
The vote was unanimous to reappoint Curry for a five-year term.
After an approximate 30-minute meeting, Council met in executive session for about an hour and a half to discuss two matters: The 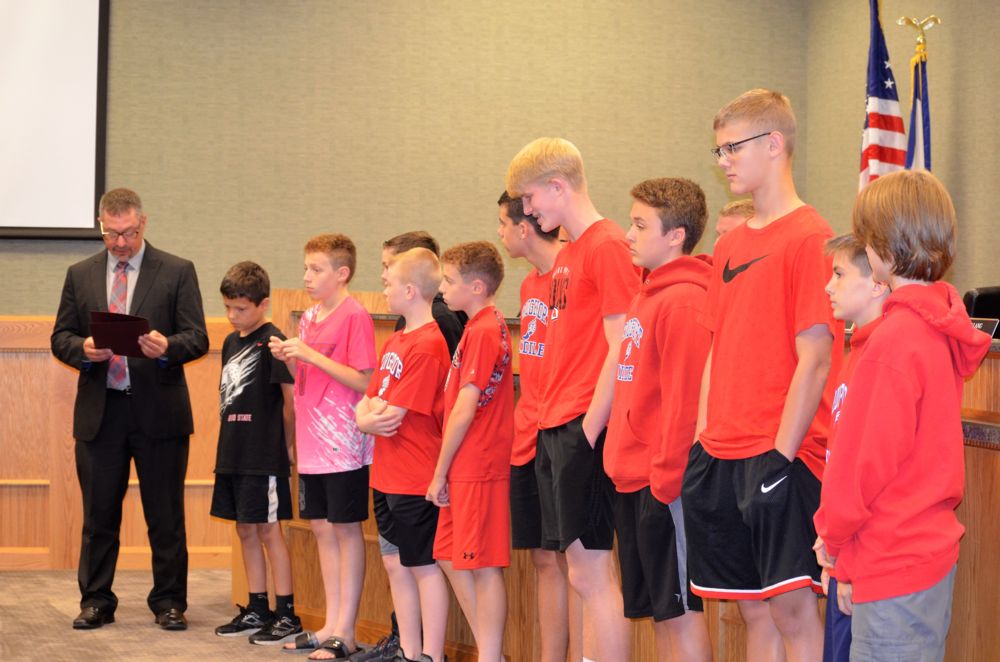 construction contract for the Indoor Sports and Recreation Complex and the selection of a new city manager.
Upon return, Lang announced that Randy Wetmore was Council’s pick for the position. (Read more HERE.)  Lang said that no decision was made regarding the Indoor Sports and Recreation Complex construction.
At Monday’s meeting, proclamations were read and presented to the Bridgeport High School baseball team, which recently captured its sixth straight Class AA title (see video below) and to the Bridgeport Middle School boys track and field team, which captured the 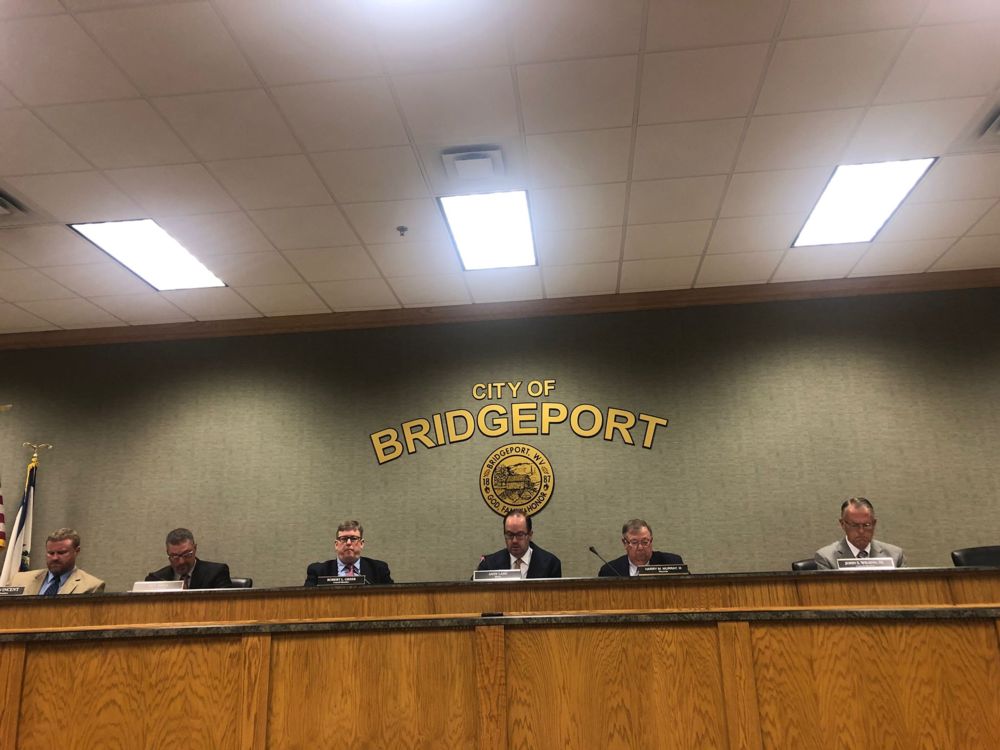 Harrison County championship.
In his report, Mayor Lang commended everyone involved in three recent community events: The June 1 Summer Kickoff and Food Truck Festival, the June 6 Family Day at Bridgeport City Park and the June 8 Derek Hotsinpiller Fallen Stars 5K.
“We’ve had three wonderful events in a matter of seven days. It’s not that these events bring folks to our town, but they bring folks of our town out to talk to each other and get to know each other,” he said.
Lang also urged all residents to vote in Tuesday’s municipal election. Polls will be open from 6:30 a.m. through 7:30 p.m. (Read more HERE.) At a work session which preceded the regular meeting, City Clerk Donna Krivosky reported that 178 city residents participated in early voting. At the last municipal election, there were 640 early voters.
John Farmer opened Monday’s meeting in prayer.