Council Approves Two Items Regarding The Bridge, Pushes Decisions on Two Others to Next Meeting

City Council resolved a pair of issues regarding The Bridge Sports Complex and held off on two more during Monday's regular meeting at Bridgeport City Hall.
One of the approvals was for a change order to H2I Group of West Columbia, SC in the amount of $25,000 labor charges involving ceiling netting changes in the turf area of The Bridge. 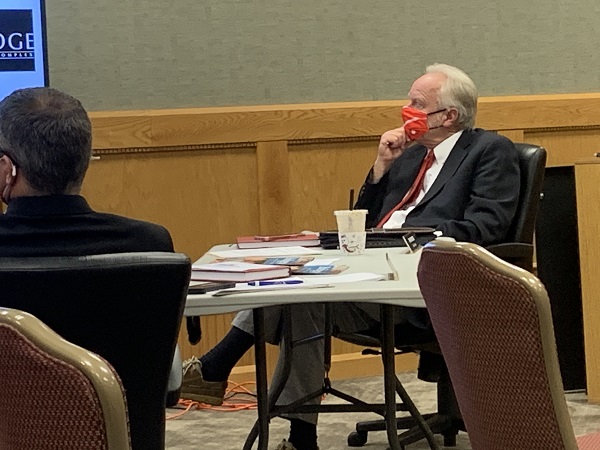 "When the contract was put out it was bid based on the construction documents that were in the bid package," Parks and Recreation Director Joe Shuttleworth said. "When Higley actually built the building the contractor they chose used a different type of structural steel in the ceiling, and that was approved by Omni, but that created an issue with our connection points on the netting for the ceiling so they have to bring in about 100 brackets and install those."
Also approved was the January payment of $962,559.90 to the Albert M. Higley Company out of Cleveland for its continued work on The Bridge.
One of the issues on the agenda actually fell under unfinished business — the consideration of approving a change order with Terradon Corporation out of Nitro to continue construction management and special inspection services at The Bridge in the amount of $150,000.
Councilman Bob Greer made a move to carry over the item until the next regular meeting, scheduled for March 8 and that motion was approved.
Terradon is the construction management and special inspection services entity overseeing the general contractor to make work is being followed to specifications.
The other item that will carry over to the March 8 meeting is the consideration on approving payment to Higley for five percent of retainage recovery in the amount of of $1,690,000.68. 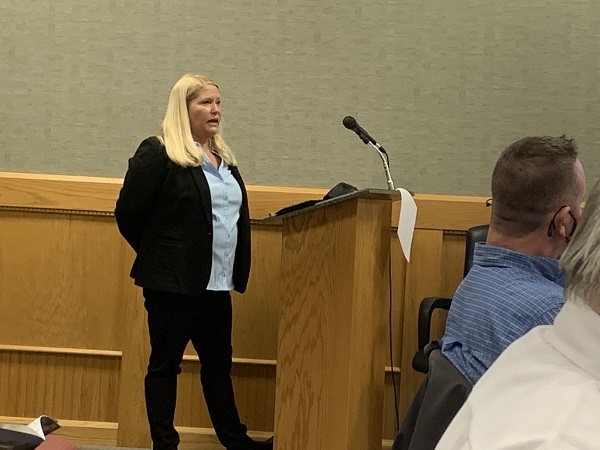 Cassie Busdeker, the executive director of the Greater Bridgeport Convention and Visitors Bureau, provided Council with a report.
"As you know we started 2020 with a lot of big plans that kind of got derailed in March, so we re-focused," Busdeker said. "We changed things and went a different direction."
Busdeker highlighted projects that the CVB got involved in such as the Where's Waldo book search, Healthy Bridgeport and Project Lift.
A more comprehensive look at the CVB report will be available on Connect-Bridgeport in the upcoming days.
Council also approved Carole Kinard and Stacey Randolph as ballot commissioners for the June 8 municipal election.
Editor's Note: Top photo shows Councilman Don Burton, bottom photo is of Cassie Busdeker.