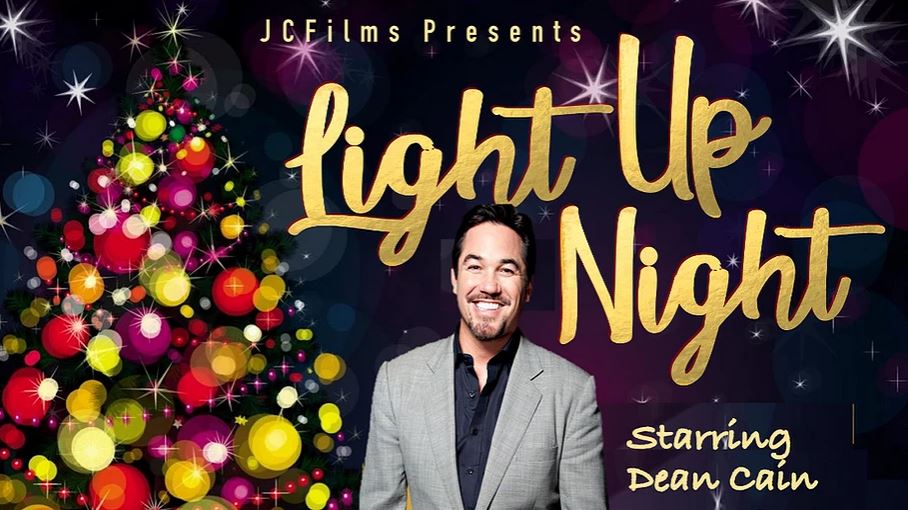 Actor Dean Cain - who has visited our city a dozen times or so -  will flip the switch on the Bridgeport Christmas tree at the Dec. 3 Light Up Night.
Cain, a regular with the Bridgeport-based JC Films productions, said he is humbled to play that role in the city’s holiday festivities.
“I’m honored to participate in Light Up Night this year. I feel like Bridgeport is becoming like a second home,” said Cain, who starred in ABC’s “Lois & Clark: The New Adventures of Superman,” as well as many other small and big screen productions.
While Cain is in town, he and JC Films will be putting the finishing touches on their newest film collaboration. It is appropriately named, “Light Up Night.”
“We’ve been shooting this movie through the year basically,” said Jason Campbell, president of JC Films. “It is actually the modern-day biblical story of Ruth. Dean plays Mayor Boaz – and we call him Bo.” 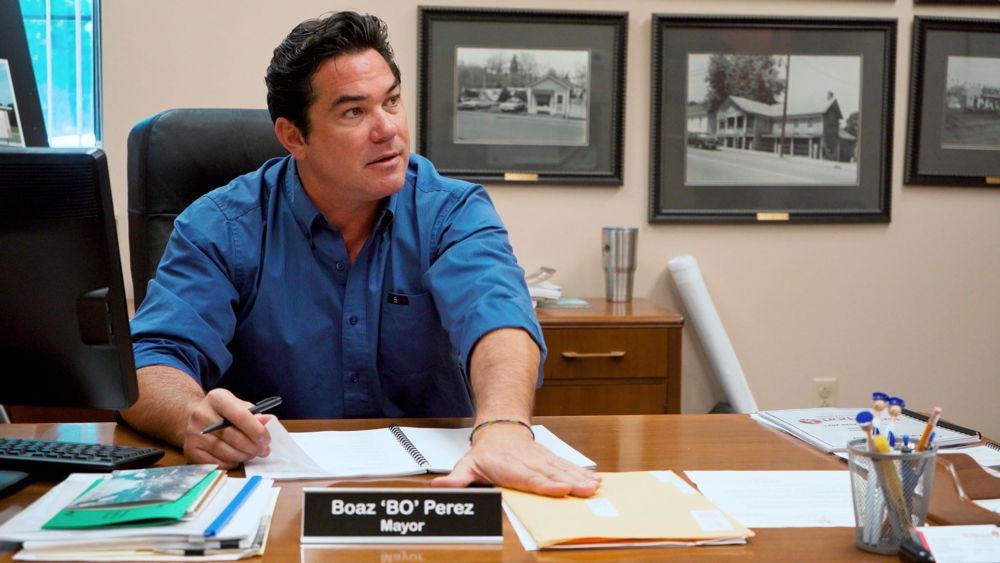 Much of the film was shot at Bridgeport Mayor Andy Lang’s office at Bridgeport Municipal Building, as well as Simpson Creek Baptist Church and other locations throughout the city and area.
The film does feature Bridgeport’s celebrated tradition of Light Up Night and the close-knit community of Bridgeport.
“The film even references the building of The Bridge Recreation Center,” Campbell said. “It’s a strong Bridgeport movie that follows current events going on.”
But the plot of the movie is a love story, inspired in part by Campbell’s own love story. While filming “Megan’s Christmas Miracle” in July of 2018, he met and eventually fell in love with Studio 9 Dance 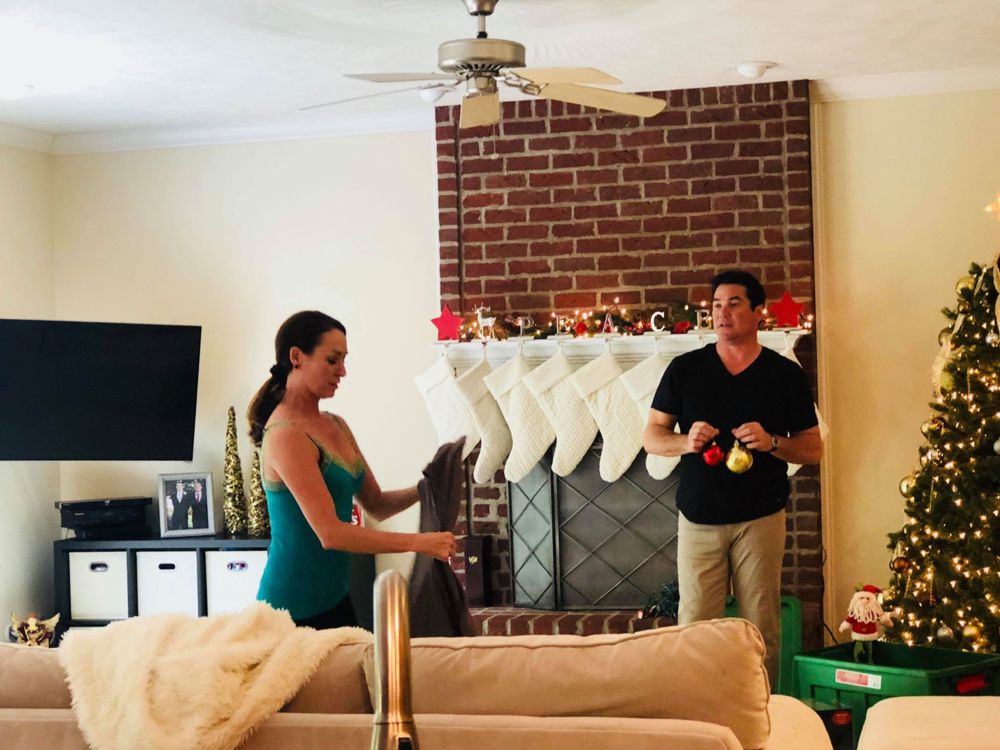 Academy owner Heather Mudrick. The couple was married this past July at Almost Heaven Barn on Saltwell Road. At the small outdoor intimate gathering, Cain walked Mudrick down the aisle. After the wedding, the wedding scene for Light Up Night was filmed.
In the movie, JC Films veteran actresses Katherine Shaw and Kathy Patterson play Ruth Starkey and Naomi Starkey, respectively. After her husband dies, Ruth travels with her mother-in-law Naomi back to the family farm in Bridgeport, West Virginia. While Ruth tries to save the farm and battle against a new recreation center being built nearby, her unique charm catches the eye of Mayor Boaz Perez.
Appearing in the movie are many members of the JC Films family: Michael Sigler, Kathy Sanders, Dennis Marburger, Gary Lee Vincent, Donna Elsey, Becky Rosser and Cheri Wade, as well as Campbell and his bride Heather and her daughters Madison, Emma and Grace Hansberry. 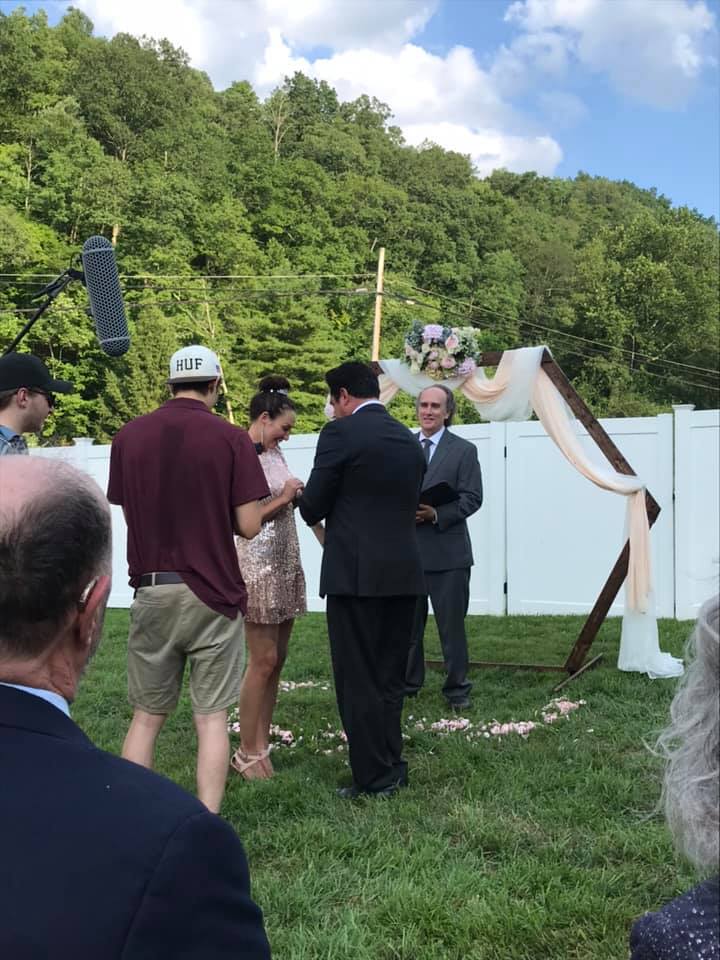 The movie is expected to be released by mid-December.
Read about Light Up Night HERE.
Read about the citywide residential Light Up Our City HERE.