Decades after Moving Away, Dr. Frank Jenio's Entire Family to Give Back to Region with Two Scholarships

It has been many years since Dr. Frank Jenio and his family called Bridgeport and North Central West Virginia home. Despite the separation that took place when he left in 1988, the thought of the area is still as fresh as the day the family set up shop.
Although living in Michigan since departing 32 years ago, Jenio’s love of the community is strong. It is so strong, in fact, that starting this year his family has decided to give back. That giving is coming the form of a scholarship in honor of his parents. 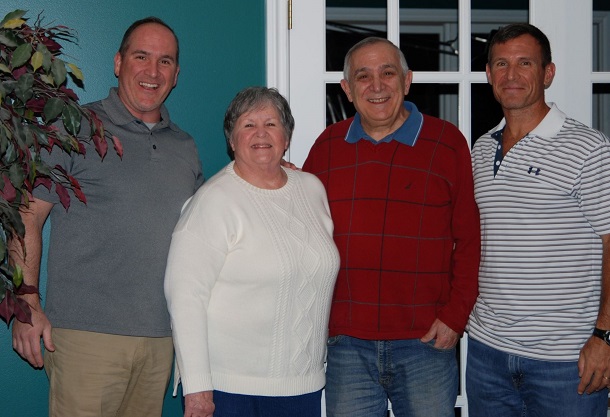 As of now, the annual Frank and Jennie (Lucente) Jenio Educational Public Charity for Fairmont State University is in place. It will provide, annually, a male and a female student a $500 scholarship that will be attending Fairmont State starting this year.
The scholarship may be new to Fairmont State, but the scholarship itself is not new. In fact, the roots are traced back to Michigan.
Before going to Michigan, a rewind going back a little further will lay the foundation. Frank’s family immigrated from Italy in the first decade of the 20th Century and settled in North Central West Virginia. His parents were born in the Clarksburg area – his father Frank in 1917 and mother Jennie Lucente in 1921 – and were products of the Harrison County school system.
The two wed after World War II and moved to Detroit. It was there that Frank’s father began a career in the automotive industry and along the way, his parents were founding members of the Bethel Christian Church in Warren, MI. 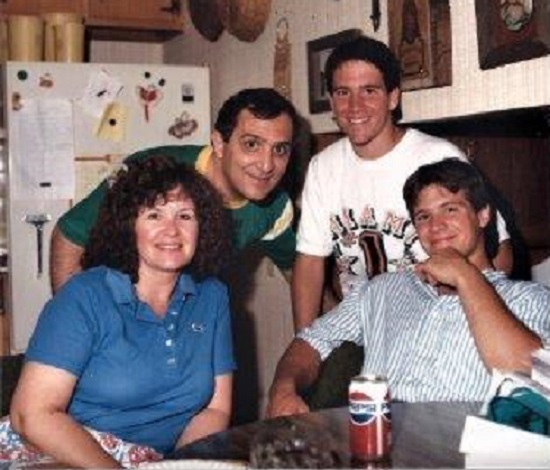 Five years ago, Dr. Frank Jenio and his four siblings formed a scholarship in the memory of their parents. Initially, the money went to seniors graduating from the church. However, that became an issue.
“The population and the parishioners, again, were changing in the form of the demographics at the church and there were less kids among the parishioners remaining. With the numbers dwindling, we decided to look at another avenue to do this,” said Dr. Frank Jenio.
The five siblings discussed the best options. It immediately became obvious, he said, what to do.
“Mom and dad were from Harrison County and North Central West Virginia, so Fairmont State made sense,” said Dr. Frank Jenio. “I also knew (Fairmont State University President) Dr. (Mirta) Martin. I asked her about the scholarship going there and she obviously said ‘of course.’ We’re pleased with how it worked out.”
It is particularly special for Dr. Frank Jenio. He was convinced while sitting in a dentist chair during his teaching days at Glenville State 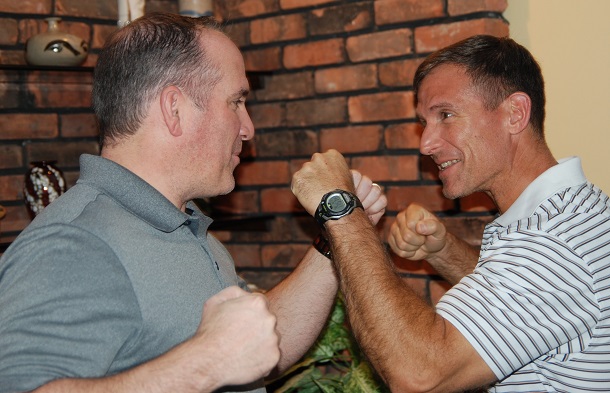 College to move to Bridgeport. In 1976, he did just that and continued the trips to Gilmer County, while his wife Patricia taught special education in Harrison County.
They stayed, as noted above, until 1988. For 12 years they raised Frank E. Jenio (BHS class president and West Point graduate)
and Garrett Jenio (graduated from Marysville High in Michigan, served two years in the Navy and graduated from Michigan State). Frank E. Jenio graduated from BHS, while Garrett left as he entered his freshman year in the school system locally before heading to Michigan.
It was at that point they moved to Marysville, Michigan, a town similar in size and other ways to Bridgeport, Dr. Frank Jenio said. All the while, he always stayed in touch with individuals – and remained loyal to – his Bridgeport and West Virginia ties.
“To me, giving back to the local community was a no brainer. I joked with Dr. Martin that we’re not giving money like Bill and Melinda Gates, but we hope it helps,” he said. “She told me something that made me know it was the right decision. She said there are kids coming to Fairmont State in need of money at $500 will be very transformational, particularly for those in need who just may happen to be first generation students.”
The scholarship is now available and will be chosen by officials at Fairmont State University, who will notify the board of directors of the Jenio family presenting the scholarships. Along with Dr. Frank Jenio, who is Frank Jr. officially, the other siblings that are involved with the scholarship are Sam Jenio, Clara Jenio DeMay, Lou Jenio and Joseph Jenio.
Preference will be given to applicants of Italian Heritage
To find out how to apply, contact the Fairmont State University Foundation. Click HERE to go to their Web site.
Editor's Note: Family photos courtesy of Dr. Frank Jenio.