For destination travelers using Allegiant out of the North Central West Virginia Airport, there is some really good news regarding one seasonal flight. And there is potentially good news developing on another.
With flights from Bridgeport to Destin, Florida set to begin May 28 and to Myrtle Beach June 2, NCWV Airport Director Rick Rock unveiled positive news regarding the flight to Destin Tuesday to the Benedum Airport Authority. 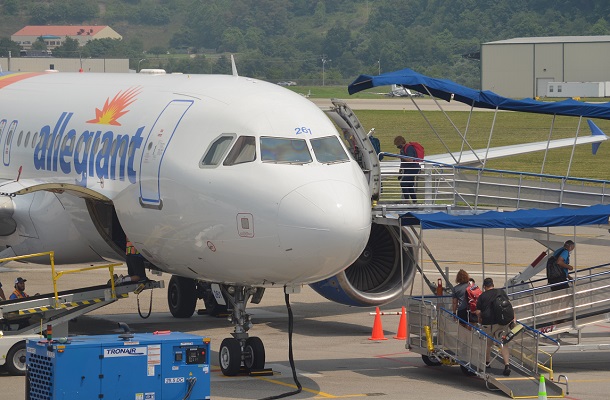 “You can now book flights to Destin through November,” Rock told the Authority, the airport’s governing body. “Last year it was a summer seasonal schedule. Allegiant has awarded with Destin all the way through November … It’s a popular destination to the Emerald Coast.”
Rock told the Authority the new three months of Destin flights are also on Wednesday and Saturday.
Ironically, it has been the Myrtle Beach flight locals have been asking for several years to be extended into the fall months. Along with the warm weather often lasting into October, golfers also visit that area on a regular basis.
Currently, the flights are set to begin June 2 and end August 14. The flights, according to the CKB Web site, fall on Thursday and Sunday. While Rock continually pitches the extension to Allegiant officials, this time he said they are collaborating with a new partner to make that 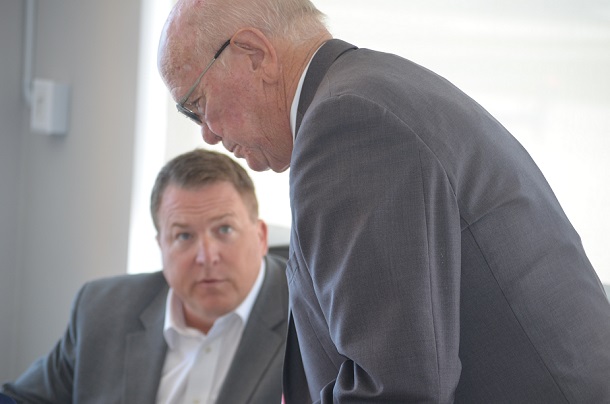 happen.
“We are working with the airport at Myrtle Beach (Myrtle Beach International Airport), and they are advocating for us to extend that schedule for more than just summer,” said Rock. “They believe it’s underserved. We’re working with Allegiant to try and make that happen.”
Rock said the new year-round Tampa-St. Petersburg scheduled that began in March is also doing well. Flights are on Mondays and Fridays.
“It’s been very well received,” said Rock. “We still have Orlando (the original destination flight) that is year-round as well. It’s going to be a very busy summer.”
Along with news regarding the extended flight and possibility of the Myrtle extension, Deputy Director Shawn Long provided Rock with the latest enplanement numbers. Through April, the airport had 10,409 enplanements. By surpassing that total, the airport now qualifies for at least $1 million in FAA Airport Improvement Project (AIP) dollars.
Rock also read a resolution to the Authority regarding a resolution naming May 24 Charles Taylor Day at the airport. The day is named in 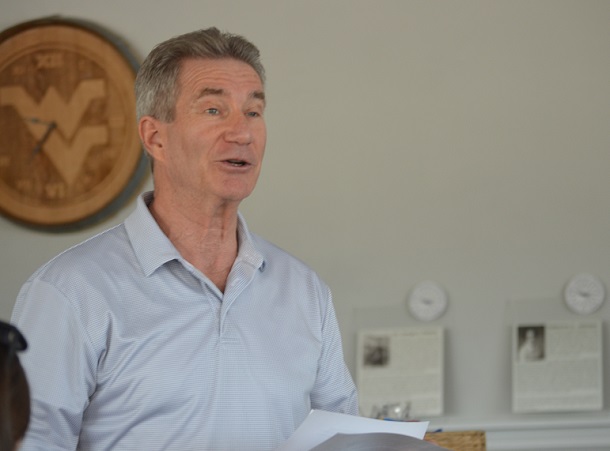 honor of Taylor, a machinist of Orville and Wilbur Wright, and also to recognize aviation maintenance technicians around the world. The Authority unanimously accepted the resolution.
Later in the meeting, Dr. Brad Gilbert, director of the National Aerospace Education Center and Pierpont Community & Technical College, read a similar proclamation. Gilbert’s job focuses directly on bringing students into the field Taylor serves as the father to.
Tracy Miller of the Mid-Atlantic Aerospace Conference said similar proclamations and resolutions for May 24 will be done in front of various other governing bodies in the next week. She said Bridgeport will do one at Monday's City Council meeting.
Rock also took time to single out staff, including interns, for helping the airport's operations continue to run smoothly, while introducing Bridgeport City Council member Jon Griffith and new City Manager Brian Newton who observed the meeting. He also singled out Long for celebrating his 31st birthday Monday.
More from the meeting in the days ahead on Connect-Bridgeport.
Editor's Note: Top photo shows an Allegiant flight loading passengers in Bridgeport, while NCWV Airport Director Rick Rock, seated, talks with  Authority Attorney Dean Ramsey prior to the start of Tuesday's meeting. Bottom photo is of Dr. Brad Gilbert talking to the Authority about Charles Taylor Day.