One of the city’s oldest buildings is in the process of getting a six-figure makeover. During a Tuesday meeting of the Bridgeport Development Authority, plans were laid out for a project that will see major improvements to the Dairy Queen situated on Main Street. 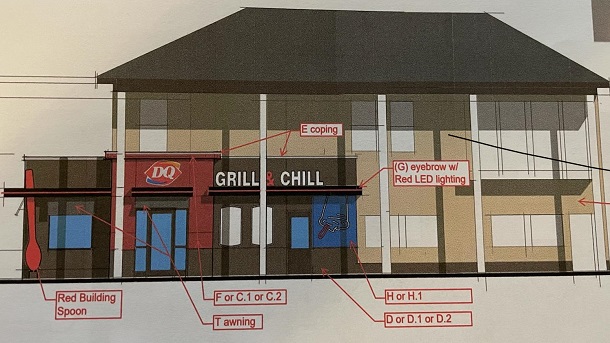 Community Development Director Andrea Kerr broke down the project, which already started, to the Authority. The reason it came to that body is that the owner of the property, Tim Lefevre, was seeking up to $10,000 as part of the city’s Façade Improvement Program.
Work on the façade is actually the second phase of a three-phase project to the building. The cost of all the upgrades is 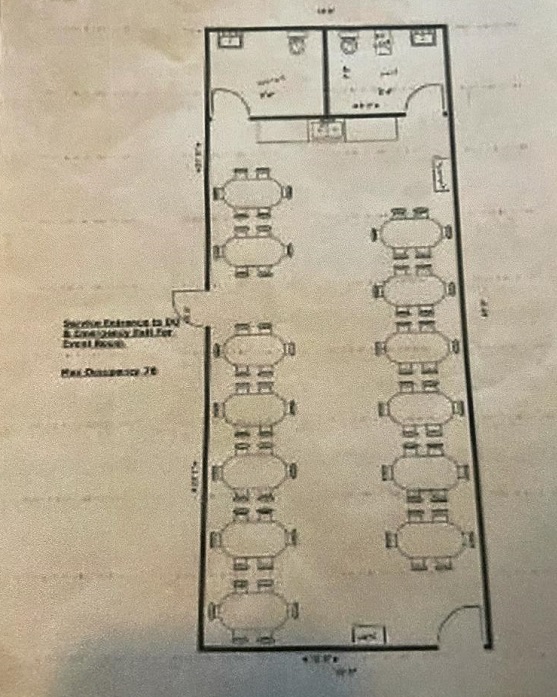 expected to be in the $130,000 range.
“The Authority approved the request and now it will go to Council at likely its next meeting for approval,” said Kerr.
If Council signs off, the money does not automatically go to the owner. Instead, the money is given after the façade improvement are complete, receipts for the work are submitted, and an audit of the work is done. Kerr said she anticipates all to go well and the full reimbursement to be provided barring something unusual.
“The plan is to really change the look of the building on the exterior in the second phase of a three-phase project,” said Kerr. “The first phase is already taking place, and it looks fantastic. You will definitely notice it.”
The first phase is an overhaul, she said, of the interior. Kerr said work is being done in sections in order to keep the business open as well as work being done at night. She called it a “more modernized look” from the past.
As for the second phase, which involves the matter for the BDA approving the grant, it is the exterior. Kerr said it is officially called DQ Upgrade 3.0, which she said offers the look of the DQ Grill and Chill.
“The entire outside of the building will be redone as far as improvements,” said Kerr. “They’re going to have a 12-foot red spoon, the DQ spoon, on the outside of the building and some artwork showing the upside Blizzard treat. Everything will have LED lighting. It’s going to have a 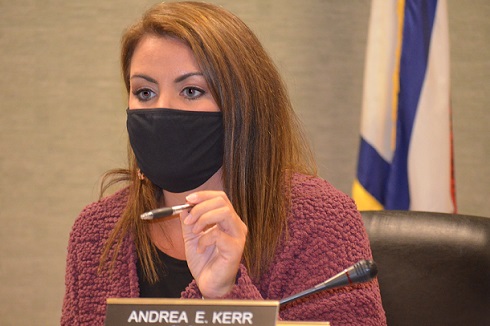 nice look to it.”
As most know, only a portion of the building is utilized for Dairy Queen. The upstairs, said Kerr, is vacant as is a portion of the right side first floor when looking at the building from Main Street.
According to Bridgeport Historian Dick Duez, the building formally housed the Central Hotel, and it was also known as the Kester Hotel. He said the bottom floor was also home to the Virginian Restaurant. Duez said he believes the structure and site go back to the Civil War era.
The third phase will address large parts of the rest of the building, including the upstairs. She also said it will involve the addition of what will be called “DQ Events on Main,” which she said is a party room in the currently vacant right-hand side of the building.
“If there are no COVID issues, it will have seating for roughly 75 people. The tables will come down from the wall to provide open space for dances and large gatherings,” said Kerr. “You can have birthday parties, dances, and various other functions once complete.”
Editor's Note: Top photo shows a rendering of what the finished exterior of the Main Street Dairy Queen, or DQ Grill & Chill, will look like after facade improvements are complete, while the second picture is a rendering of the seating layout in the events room that will be added in a future phase. The seating would need to be adjusted as of now to meet COVID protocols.