What the next big project will be at White Oaks is not known at the moment. However, the first step to make it happen is already underway.
At the start of the year, a grading permit was filed by White Oaks and signed for by Austin Thrasher for $2,851,282.70. According to 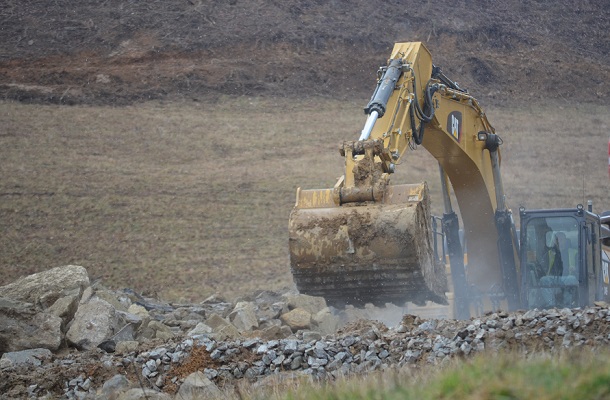 Community Development Director Andrea Kerr, the work is being described as site work for White Oaks Phase II-A.
“They have begun,” said Kerr. “They’re doing the site work right now.”
The site work is pretty extensive as the price tag indicates. Kerr said 323,000 cubic yards of earth will be moved to get the site ready.
City Engineer Beth Fox said the site work in question will cover 40 acres in an area stretching from Route 131 to an area near The Thrasher Group building that is visible from the interstate. The property in question will be visible from the interstate. It is property as below, and across White Oaks 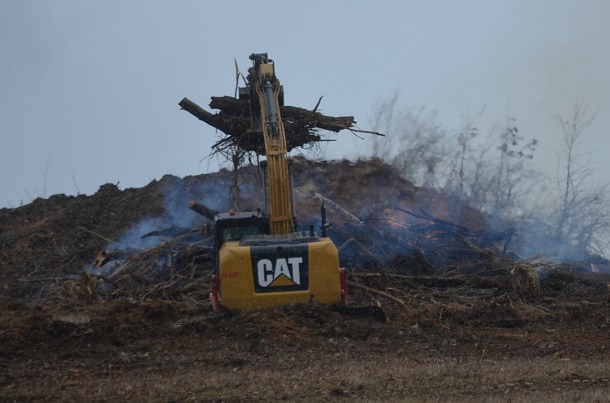 Boulevard from, The Harmony.
“This is prep for a future project,” said Kerr. “We are not sure if they have something in mind, or they are just getting the site ready.
“Typically, when you see site work of this nature done it is followed quickly with a buildout,” she continued. “That is not always the case, but that is what we usually see.”
According to Thrasher, a White Oaks project manager, something is in mind. However, at this point, he cannot say what that will be.
“We are working with a client that will be located where the work is taking place,” said Thrasher. 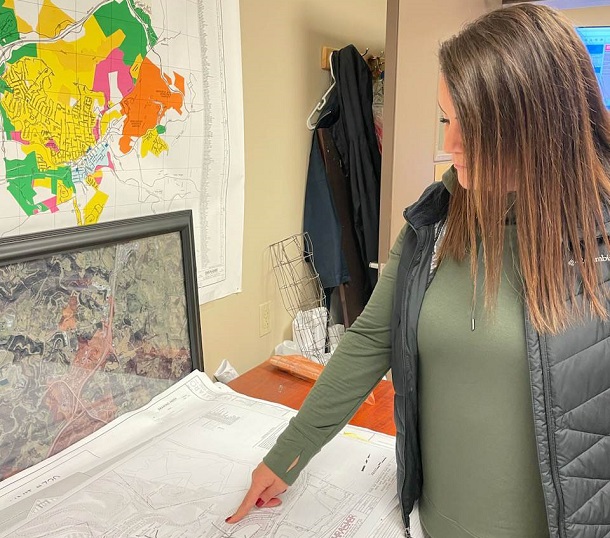 Thrasher did say there will eventually be two different pads from the grading being done. One will be in the already relatively flat area across from the former Dominion building (now Eastern Gas Transmission and Storage), while the rest will take an existing roughly five acre pad across from The Harmony and extend it. The second pad created will be put up for sale.
Kerr said the city was not expecting this project. However, she said it was a great way to “kick off the year with a $2.9 million site project.”
The contractor is Doss Enterprises. The Thrasher Group is handling the engineering for the project.
Fox said that along with the grading work, the sites storm water management and calculations have been approved as part of the infrastructure portion of the project.
Editor's Note: Top two photos show work taking place last week at the site clearly visible from Interstate 79 and Route 131. Bottom photo shows Community Development Director Andrea Kerr looking over the plans for the grading project.