Officials at the North Central West Virginia Airport are moving forward with the next step in trying to secure a second daily flight to Washington, D.C. through United Express. NCWV Airport Director Rick Rock discussed the matter at last week’s Benedum Airport Authority meeting.
“We’re wanting to bring awareness to the community and collect additional data to try and build our best business case,” said Rock to the Authority, the airport’s governing body. 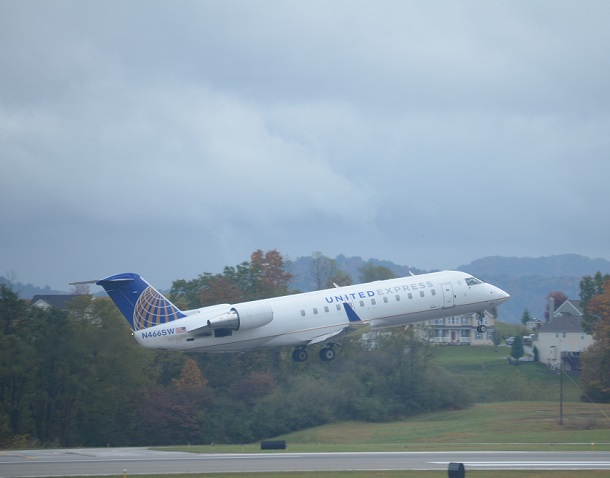 Earlier this year, Rock told Authority members that SkyWest, doing business as United Express, would listen to a proposal for a second daily flight to Washington, D.C. Currently, the airline provides daily flight service to both Washington Dulles International Airport and Chicago’s O’Hare Airport.
The airline wanted to see a business proposal that would validate them to add the second flight. To see if it was even feasible - as Rock suspected it would be - a meeting was held in Marion County on Jan.  29 with local stakeholders.
At that meeting, Rock said representatives from a half dozen counties and a crowd of approximately 50 individuals showed up to talk about using the extra flight, which would allow people to go to Washington during the day and return later that same day, primarily for business purposes.
Rock said the meeting went well enough to move forward with putting the business plan together. However, it was at last week’s meeting he announced he wants to make the presentation stronger.
“We do have a survey that we’ve sent out to those individuals that were there and we’re sending the survey out to individuals that weren’t there that we believe could utilize this flight,” said Rock. “This survey is collecting data points we can track that will build the case for an additional flight.” 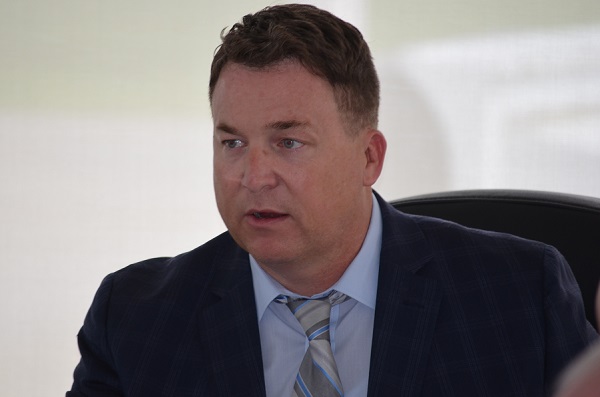 Rock said he and Deputy Director Shawn Long will be meeting with SkyWest in April at the Volaire Air Service Forum April 15-17 in St. Augustine, Florida. Rock said the hope is to submit the business plan before the meeting so the business plan can be discussed during the aviation conference.
“We hope to have this plan to them before the conference for the purposes of moving the process forward,” said Rock. “Certainly, we think we’re going to present a strong case because we know in our catch pin area of 22 counties, we have room for growth.”
Along with those at the meeting in January and the additional travel generators that were sent the survey, Rock is asking for more help from the business community and even the public.
“Anybody that would like to reach out to us because of having traveling needs on the business front, or anyone that may know of someone from the community that has a business with traveling needs, please contact us,” said Rock. “The more numbers we can show for businesspeople, vendors or others that travel to D.C. the stronger case we can make. Any type of information we can gather from those groups or others will be helpful in building a stronger business plan.”
If you have a business that would like to participate or know of one, contact the airport. The number is 304-842-3400.
Editor's Note: Top photo shows a United Express flight leaving Bridgeport, while NCWV Director Rick Rock is shown below.