While many industries have dealt with difficulties through the COVID pandemic, times have especially been tough on travel.
The North Central West Virginia Airport has navigated through those times and during Tuesday’s Benedum Airport Authority meeting, another encouraging number was announced. 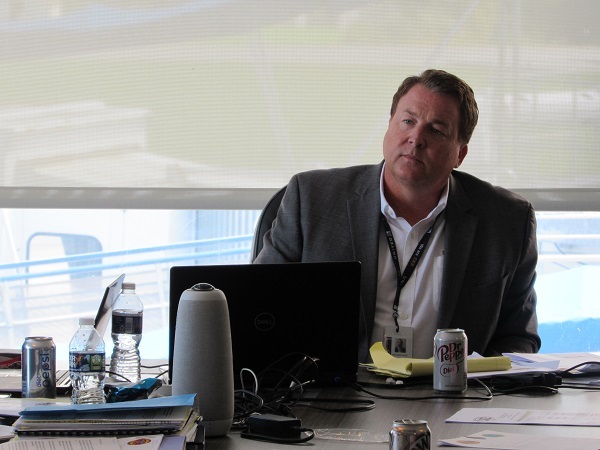 During the meeting, NCWV Airport Director Rick Rock provided an update on flight numbers.
“Through August of 2022 our flight number is at 31,224 which is a 22 and a half percent increase from the same time last year,” Rock said. “I’m real happy with that number.”
Rock also expressed excitement about Contour Airlines being approved as the airport’s new air service provider starting Dec. 1. Tickets for Contour flights can be booked now.
Mayor Andy Lang, who is also on the Benedum Airport Authority board, discussed the three-phase terminal project and with the Phase 1 earthmoving project in the rearview mirror, attention now turns to the construction of the terminal building as well as the tarmac and hangars.
The bidding process for the work on the terminal is expected to be complete in October with construction beginning in 2023.
During Tuesday’s meeting, residents of Maple Lake spoke during the time allowed for public comments and they addressed some concerns they have about sediment runoff into the lake during the Phase 1 earthmoving project especially during heavy rains in August.
Guenther Metzgar, Gary Abbate and Mike Arnold were present to represent Maple Lake Club Incorporated.
“As you know, on August 10, we got a deluge of your all’s sediment that came down,” Metzgar said.
“Residents are concerned what could come down later from the airport when we do get the complex finished. Any jet fuels, anything extra that’s going to wash off because the tarmac is going to be expanded.”
Metzgar also said he is hopeful that the Maple Lake Board of Directors and the Benedum Airport Authority can sit down and discuss the matter and reach a conclusion.
Those sentiments were echoed by Rock. 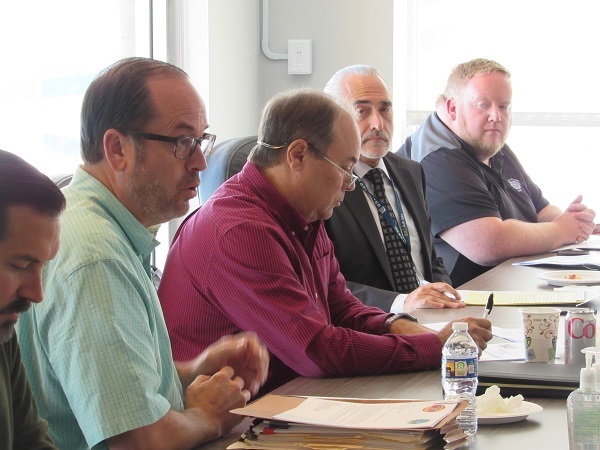 “We’re happy to have them come up and voice their concerns to us,” Rock said. “We’re looking into the matter, working with our professionals to make sure whatever we can do now and in the future to be responsible neighbors.”
Ed Waske, one of the chief event organizers for the Carl Hopkins West Virginia Youth Aviation Expo and the CEO of Engine & Airframe Solutions Worldwide also spoke during the public comment portion of the meeting and offered his thanks the board, sponsors and supporters of aviation for another successful expo.
“We had 585 youths come through and including adults we had 1,100 people,” Waske said. “Comments from everybody out there were very receptive. A lot of the boys and girls were repeats and they all want to know about next year.”
The board unanimously agreed to ratify and confirm executive committee action approving change orders with Wolfe Contracting. The amount in the change orders is $120,000.
Rock also said the airport is working to finalize a lease with Pratt Whitney and everything is on track even with there being several layers that need approved.
Additionally, Rock said the paid parking system implemented in July has brought in about $30,000 and there are still working out some of the bugs to get people in and out of there as quickly as possible.
Editor's Note: Top photo is of Rock.The bottom photo features members of the Airport Authority at Tuesday's meeting.