Terring Wayne Skinner, 60, of Grafton passed at Mon Health Medical Center on Monday, January 7, 2019, with his loving family by his side.
He was born November 15, 1958,  in Grafton, WV, to the late William R. “Bill” and Iila Breedlove Skinner. 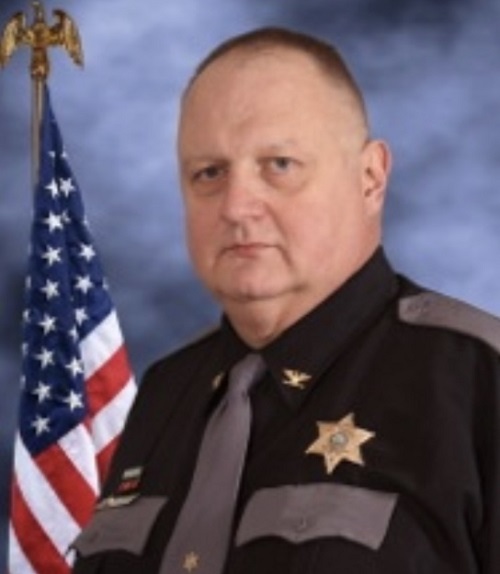 Terring was united in marriage with Antoinette Moran on October 17, 1981, and together, they shared 37 loving years.
He was a graduate from Grafton High School with the class of 1977. He was also a graduate of the 45th Basic Police Training Academy. Terring devoted 28 years of his life to serving the residents of Taylor County, first as deputy, then Chief Deputy for eight years, and finally Sheriff for four years. He also served as a Chief Deputy in Monongalia County and was deputized in Preston, Barbour and Mingo Counties. Terring loved serving the public, and retired from law enforcement on January 31, 2017.
He was also a partner of New Frontier Consultants, a printing and binding business in Taylor County.
Terring was an avid fly fisherman and loved being out on a trout stream. He also enjoyed spending time with his family, friends and his German Shepherds.
In addition to his wife, he is survived by one son, Derrick Evan and wife Janie, of Monongah; one daughter, Andrea Nichole “Nicki” and fiancé Joseph Hildreth, of Grafton; two grandchildren, Jackson Hildreth and Matthias Skinner; two brothers, John H. and wife Jean, of Oklahoma, and William R. “Randy” and wife Barbara, of Bridgeport; one sister, Theresa “Sis” and husband Dave Bruner, of Elkins; many brothers and sisters-in law, nieces, nephews and cousins.
In addition to his parents, he was preceded in death by one sister, Shonnette Jean Skinner.
Family and friends will be received at Bartlett Funeral Home, 202 McGraw Ave on Friday, January 11, 2019 from noon until 8:00 p.m., and on Saturday January 12, 2019 from 10:00 a.m. until the funeral hour at 3:00 p.m., with Pastors Charles and Paula Jeffries officiating.
In accordance with Terring’s wishes, he will be cremated and there will be no graveside services.
Online condolences can be sent to the Skinner family at www.barlettfuneralhomewv.com.