It was back in late August of 2018 when a Bridgeport man went into business with a unique concept he hoped would work. The concept involved bringing fresh seafood into the area for residents to purchase as opposed to getting it frozen at the grocery store. 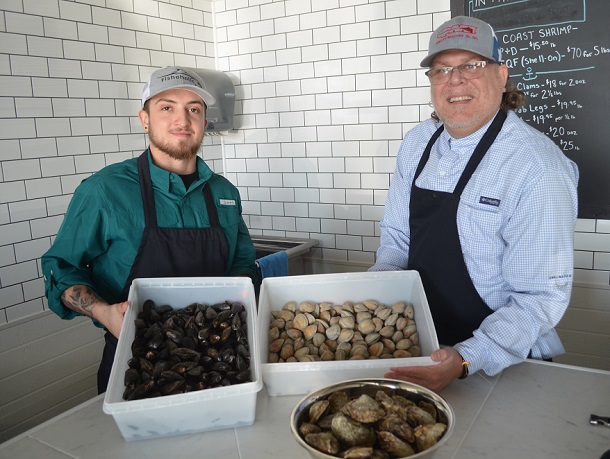 The concept was called Dock to Table Provision Co. And it started out as a food truck providing seafood at places across West Virginia and even Pennsylvania.
That may lead one to wonder roughly a year and a half later how things have worked out. Based on what owner and operator Tommy Scott recently did, it’s safe to say things have worked out great.
On Dec. 17, Dock to Table went from just a food truck concept to a storefront concept. It was on that day that Dock to Table opened shop at the Market Place at Bridgeport just off Jerry Dove Drive near White Oaks.
“We wanted the market to dictate to us what was needed, and this is what was needed. Once that was determined, we decided on this location,” said Scott. “We figured with how much business is done through here a lunch and dinner option would be great.”
So far, Scott said business is going well despite him stating many in the area aren’t yet aware of their presence. Because of that, he said 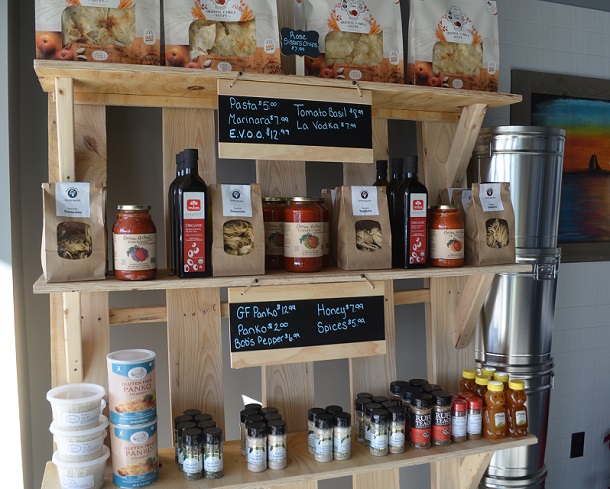 opportunity for growth is tremendous.
“We’re going to do some target advertising because we’ve done well with just grassroots advertising,” said Scott. “The market campaign is part of how we plan to grow this. We’re evolving as we go.”
Scott’s “evolving” comment isn’t hyperbole. In fact, when he first disclosed the business to Connect-Bridgeport this past September, he said the options would consist basically of seafood that was no more than a few days from when it was caught.
Among the regular items initially planned and available on a regular basis are salmon, shrimp, crab legs, oysters, scallops, lobster and a catch of the day, which is often cod. Customers can also call in to see what’s available.
As far as prepared items, the initial plan was simply to steam items to take home ready for dinner. That is still in place as shrimp, clams, mussels, crab legs and other items can be steamed for a quality seafood meal. Scott recommends calling ahead of time when having 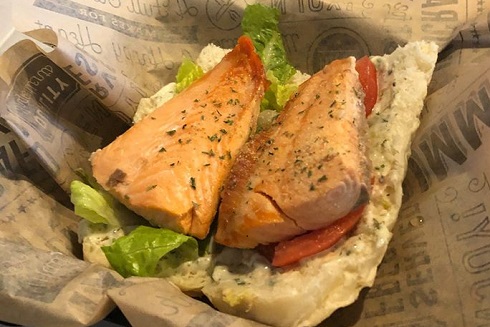 What’s changed is there is a menu in place. There are four items – available in sandwich or salad form – that features crab, lobster, shrimp or salmon. Scott said the lobster roll, dubbed the “Stop, Drop & Lobster Roll,” is a hit.
“That was a decision we’re glad we made,” said Scott.
Another decision has also gone into place. And it takes effect this coming week.
“We’re in a small building, but as of next week we’re going to have limited seating because people have asked for it,” said Scott. “The seating will hold between 14 and 16 individuals.”
The truck service will continue, but not locally as the store front option is in place. Scott said the two-truck fleet will focus on southern West Virginia clear into Beckley and parts of Pennsylvania.
“We already believe the storefront is viable and plans are in place to grow the store in other areas,” said Scott. “The focus is going to be 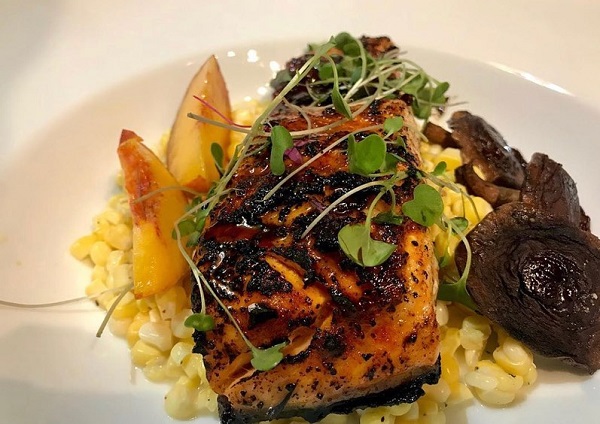 centered on maintaining the quality level if we move forward with those plans. A lot of companies grow fast and sacrifice the quality. The speed of our growth with be based on understanding how we can grow and maintain the quality. We won’t sacrifice the quality just to open a new location, but we’re positive we can grow and give our clients what they expect.”
The growth, he said, should be sooner as opposed to later. He said the stores, which get fresh seafood at least twice a week, should be open in 2020.
The seafood comes from various locations and is seasonal. However, he said to expect food from New York, Baltimore, the Carolinas, the Gulf Coast and other areas along the East Coast.
The store is open Monday through Saturday from 11 a.m. to 7 p.m. The phone number is 304-848-9770 and the physical address is 8000 Jerry Dove Drive, Suite 108, Bridgeport, 26330.
Editor's Note: Top photo shows Chief Operating Officer Curtis Ward, right, along with Chase Mills showing some of the fresh catches available earlier this past week, while the second photo is of some of the additional wares that can be purchased in the store. The third photo shows a specialty sandwich available at the location, while the bottom picture is a dish made from seafood purchased from Dock to Table. Second two photos from the Dock to Table Provision Co. Facebook page.