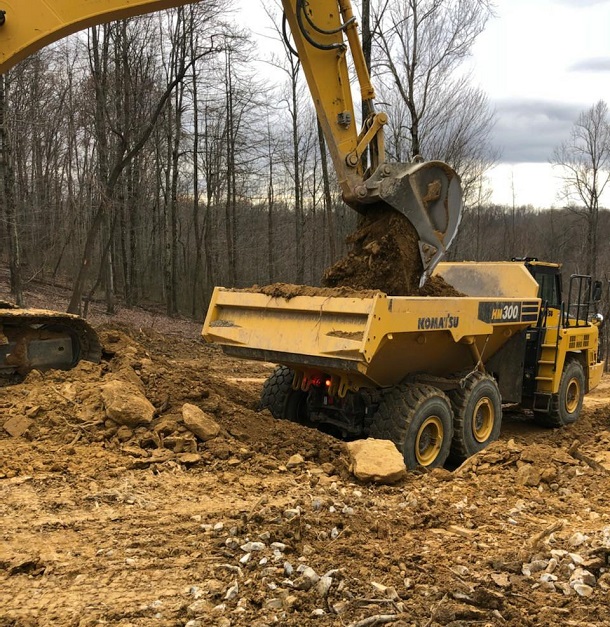 subdivision, he said he was certain there was a need and desire for large, relatively secluded lots in the city limits.
A little more than two years and several million dollars of investment later, Henderson and his partners with Trailhead Investments appear to be correct. The massive lots saddled in property off Platinum Drive in the area below Citynet and behind the wooded area off Route 50 between AutoZone and the old Gourmet Café location is doing quite well.
“We’re extremely pleased. Our sales have been very steady. We were able to sale a few early on during the process of the infrastructure,” said Henderson, who is joined in the project by his wife Heather and Adam and Rhea Dyer in the project. “Now, we’re breaking ground and everything we believed would happen is happening.” 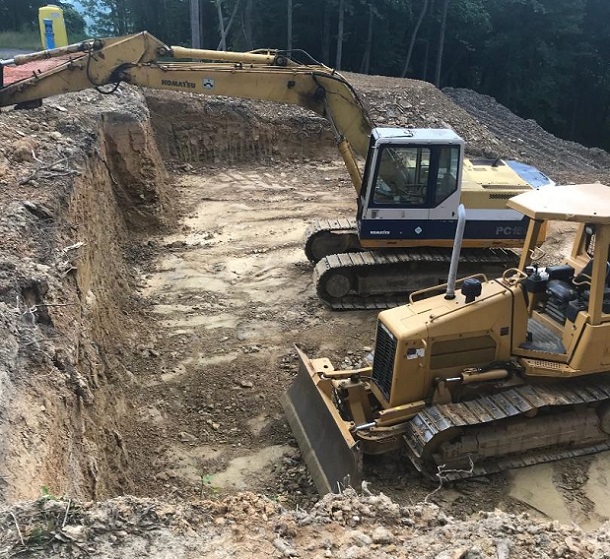 One of the things Henderson felt would happen is that the homes would be upscale due to what he believed would be an attractive area to live. The first building permit is proving that to be correct.
Bridgeport Community Development Director Andrea Kerr said the plans and a building permit for the first home is in place at the development known at The Vail. The permit came in was $685,000 and the contractor is City Construction, of which Henderson is part of the family business.
“To not only see the development, but to be the one who builds the first home adds to the excitement,” said Henderson.
The development covers 80-plus acres, said 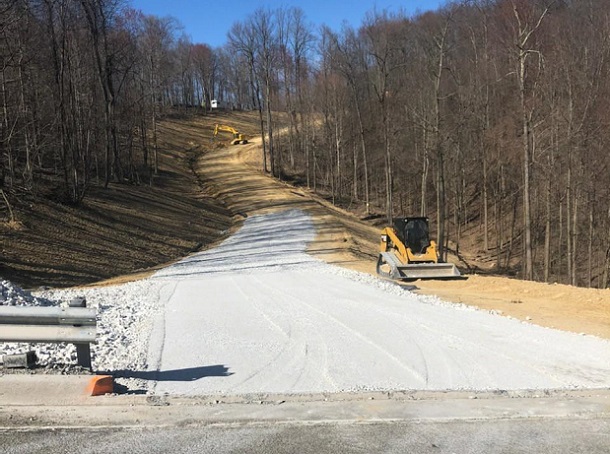 Henderson. He said initially, there were 22 parcels for homes averaging anywhere from one acre all the way up to eight acres.
That does not mean there will be 22 homes. Henderson said several individuals have purchased multiple lots for more land.
“We still have a few lots left, actually eight, and that’s all that’s left before the first home is complete,” said Henderson. “We expect the last lots to go quickly as most of the early ones were word of mouth. Homefinders (Plus Real Estate) s is handling the remaining lots for us. Plus, we just put another (home) under contract.”
With the infrastructure, earthwork done or needing to be done, along with what Henderson anticipates will be a full buildout, the project will be in the millions of dollars. That is good news for Bridgeport. 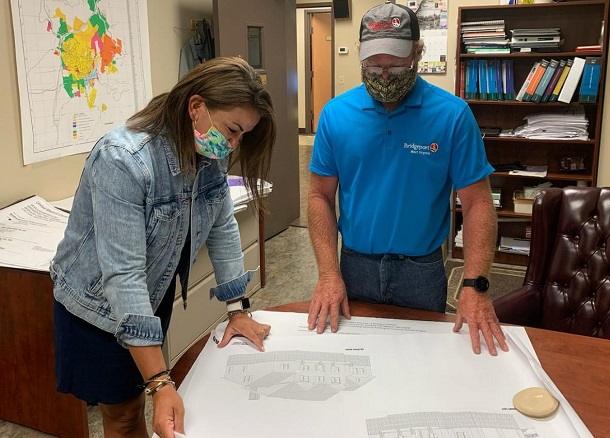 “When you couple the homes and infrastructure, a conservative estimate would be $8 or $9 million, but it could also be in the range of $11 million for total investment between the developer and those building homes,” he said.
Henderson said the interest for the property is a result of another point he brought up during the 2018 meeting in front of the Bridgeport Planning Commission.
“I think a lot of what we’re seeing are families that want that close proximity to the city and at the same time have plenty of space and be surrounded woods in a somewhat rural area,” said Henderson. “They can spread out on their space that’s kind of tucked away, but just a couple of minutes from everything they need in the city.”
Editor's Note: Top three photos show earth being moved, prep work being done for the first home and the new roadway to the development. Bottom photo shows Andrea Kerr going over plans for the first home with Inspector Mike Osborn.